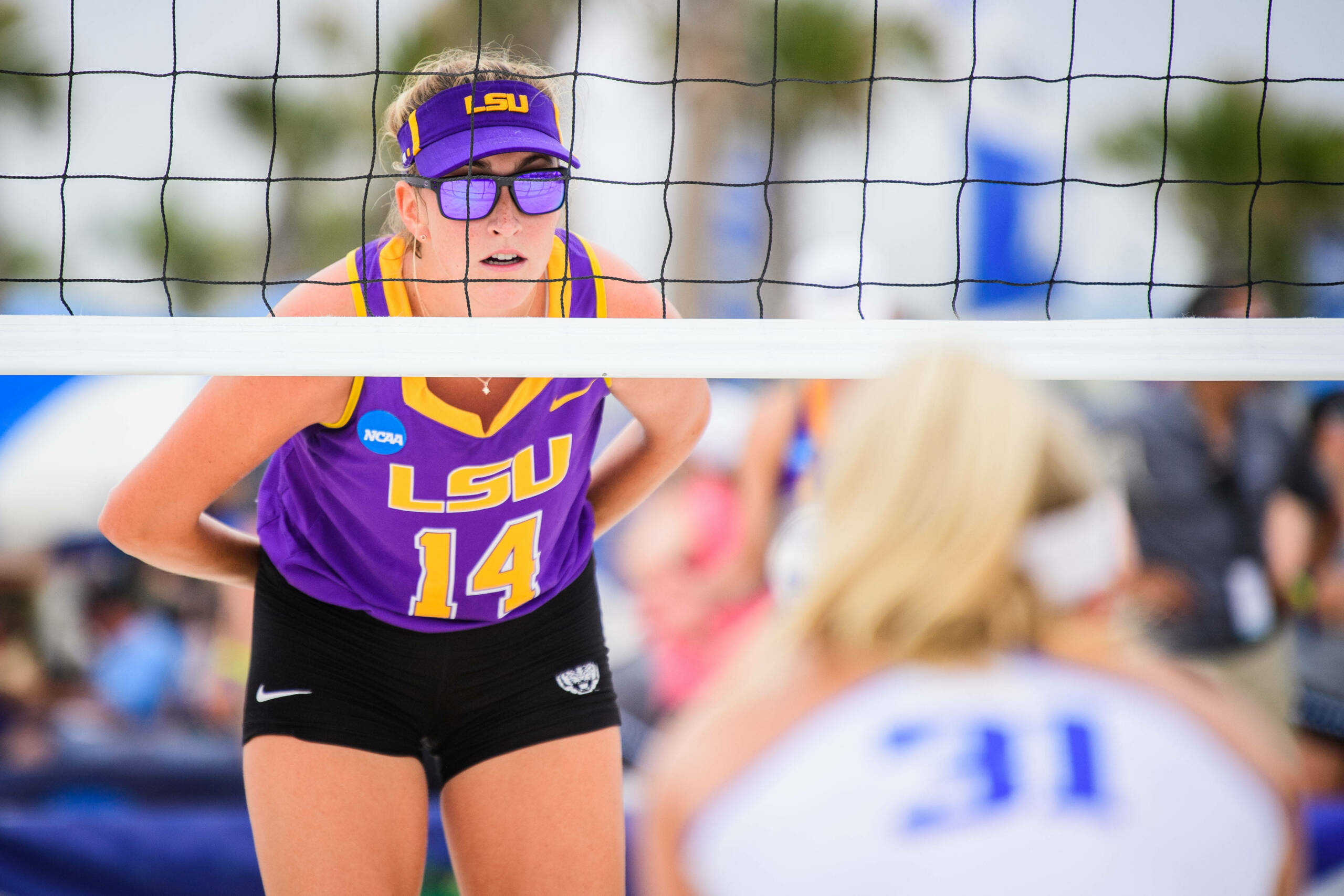 HERMOSA BEACH, Calif. – Claire Coppola and Kristen Nuss advanced to the semifinals of the USAV Collegiate Beach Championship on Friday when they earned two victories in Hermosa Beach.

Coppola and Nuss are defending their title this weekend, having won the championship in 2018.

To start off, LSU’s top duo took down Georgia State’s Eden Hawes and Madelyn Delmonte, 21-12 and 21-9. To advance to the semifinal, Coppola and Nuss defeated Jaelyn Keene Tressa Buckland from UAB, 21-19 and 21-16.

Coppola and Nuss will face Florida State’s top duo of Madison Fitzpatrick and Alaina Chacon on Saturday at noon CT with a chance to advance to the final. The final will take place at 5 p.m. and will be televised on NBC Sports.

Olivia Powers and Maddie Ligon defeated Elly Lundberg and Katelyn Carballo from Arizona State, 21-19-and 21-18 in the opening round.

In the next round Powers and Ligon were unable to earn another victory as they fell to Emma Doud and Savannah Slattery from LMU, 21-17 and 21-19.

Allison Coens and Hunter Domanski fell in straight sets Fitzpatrick and Chacon, 21-14 and 21-19.

Kelli Agnew and Olivia Powers would face Fitzpatrick and Chacon in the next round, but dropped the match in straight sets as well, 21-12 and 21-7.