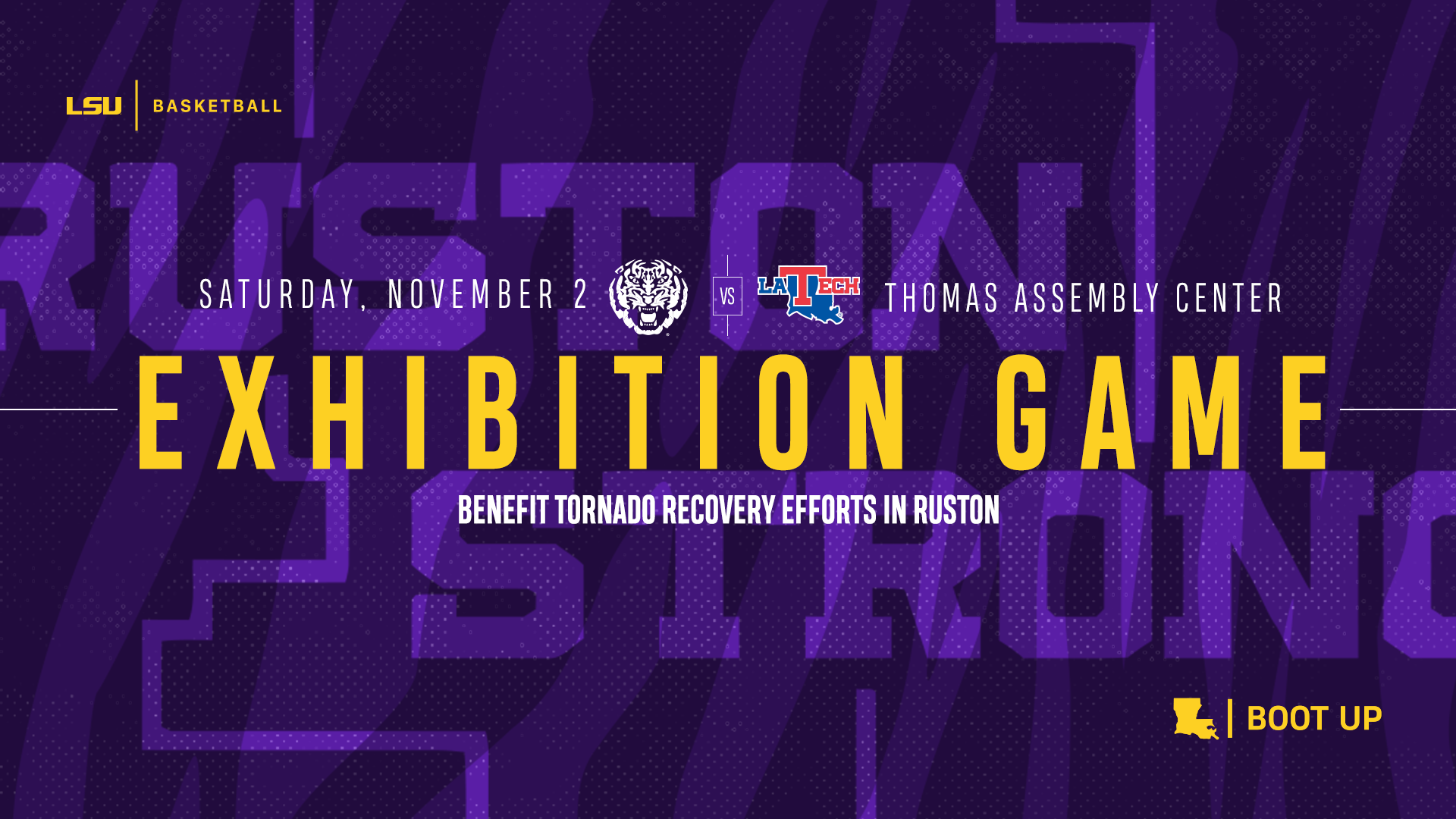 BATON ROUGE – LSU and Louisiana Tech athletics announced that the two programs will meet in the “Hoops 4 Disaster Relief” exhibition basketball game for charity on Nov. 2 at the Thomas Assembly Center in Ruston.

The game will benefit tornado relief efforts on the Louisiana Tech campus and the Ruston area which was hit by an EF-3 tornado in the early morning of April 25.

Many athletic facilities including the softball, baseball, soccer and tennis complexes all suffered extensive damage on the Tech campus.

The time for the game will be announced at a later date. Both the Tigers and Bulldogs have open dates in football on Nov. 2. Tickets are available through Louisiana Tech.  Tickets are on sale now for $15 for lower bowl reserve (red seating) and $10 for upper bowl general admission (blue seating). Tickets can be purchased by calling the LA Tech Ticket Office at (318) 257-3631 or by visiting LATechSports.com/tickets.

“This is what we do in Louisiana,” said LSU Coach Will Wade. “When someone needs help, we all pitch in. We have seen the horrific damage in Ruston and on the Louisiana Tech campus after the April tornado. LSU Basketball is happy to join with the Tech basketball team in this relief effort exhibition game for tornado victims. We hope fans of both teams will join us at the Thomas Assembly Center.

“For us, it gives our guys the opportunity to travel and go play a good team while we prepare for the season. It’s helpful for everybody and we’re glad to be a part of it.”

Both Louisiana Tech and LSU compliance departments have signed off on the game and the NCAA has granted a waiver to allow an “open” exhibition game between two Division I teams to take place for charity. The game will replace one of the two closed scrimmages/exhibitions that teams are allowed prior to the start of the season.

Coach Eric Konkol’s team was 20-13 during the 2018-19 season, 15-1 at home, while LSU is coming off a Southeastern Conference championship season that saw the team advance to the NCAA Sweet 16. LSU and Tech played in LSU’s fourth game of the 2018-19 regular season, with the Tigers winning, 74-67. The Tigers last played in Ruston in 1945.