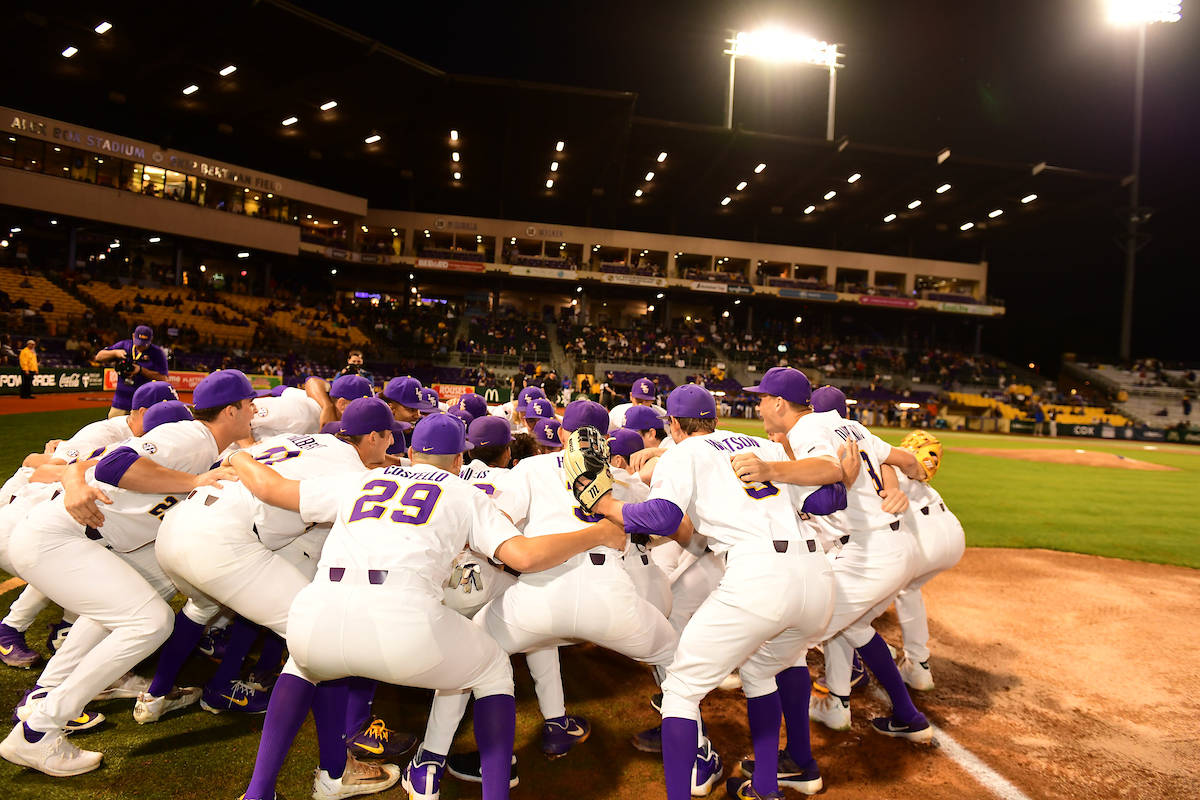 The teams resume the series with Game 2 at 6:30 p.m. CT Friday in a contest that will be carried on affiliates of the LSU Sports Radio Network and may be viewed on SEC Network +.

LSU starter Ma’Khail Hilliard was charged with the loss as he allowed six runs on seven hits in three innings with two walks and four strikeouts.

Leftfielder Daniel Cabrera paced LSU at the plate with a pair of solo home runs, increasing his team-leading total to 11.

“We felt good about the way we were competing early in the game,” said LSU coach Paul Mainieri, “but Arkansas was able to pull away with a couple of big innings. Our focus right now is on putting this game behind us and looking forward to a chance to even the series tomorrow.”

LSU grabbed a 1-0 lead in the top of the first inning when rightfielder Antoine Duplantis drove home shortstop Josh Smith with an RBI double.

The Razorbacks evened the score at 1-1 in the bottom of the first when shortstop Casey Martin unloaded his 12th homer of the season.

The Tigers regained the lead in the second inning when Cabrera blasted a solo homer.

Arkansas catcher Casey Opitz unloaded a two-run homer – his third of the season – in the bottom of the second to give the Razorbacks a 3-2 advantage.

The Razorbacks erupted for three runs in the third, extending the lead to 6-2. Centerfielder Dominic Fletcher belted a two-run homer – his 10th of the season — to highlight the frame.

Arkansas first baseman Trevor Ezell led off the fourth against reliever Riggs Threadgill with his seventh homer of the year to trigger a six-run Razorback fourth. The inning featured a grand slam by second baseman Jack Kenley, his 10th dinger of the season.

LSU reduced the deficit to 13-4 in the seventh when Cabrera blasted his second homer of the game and Smith delivered an RBI single.