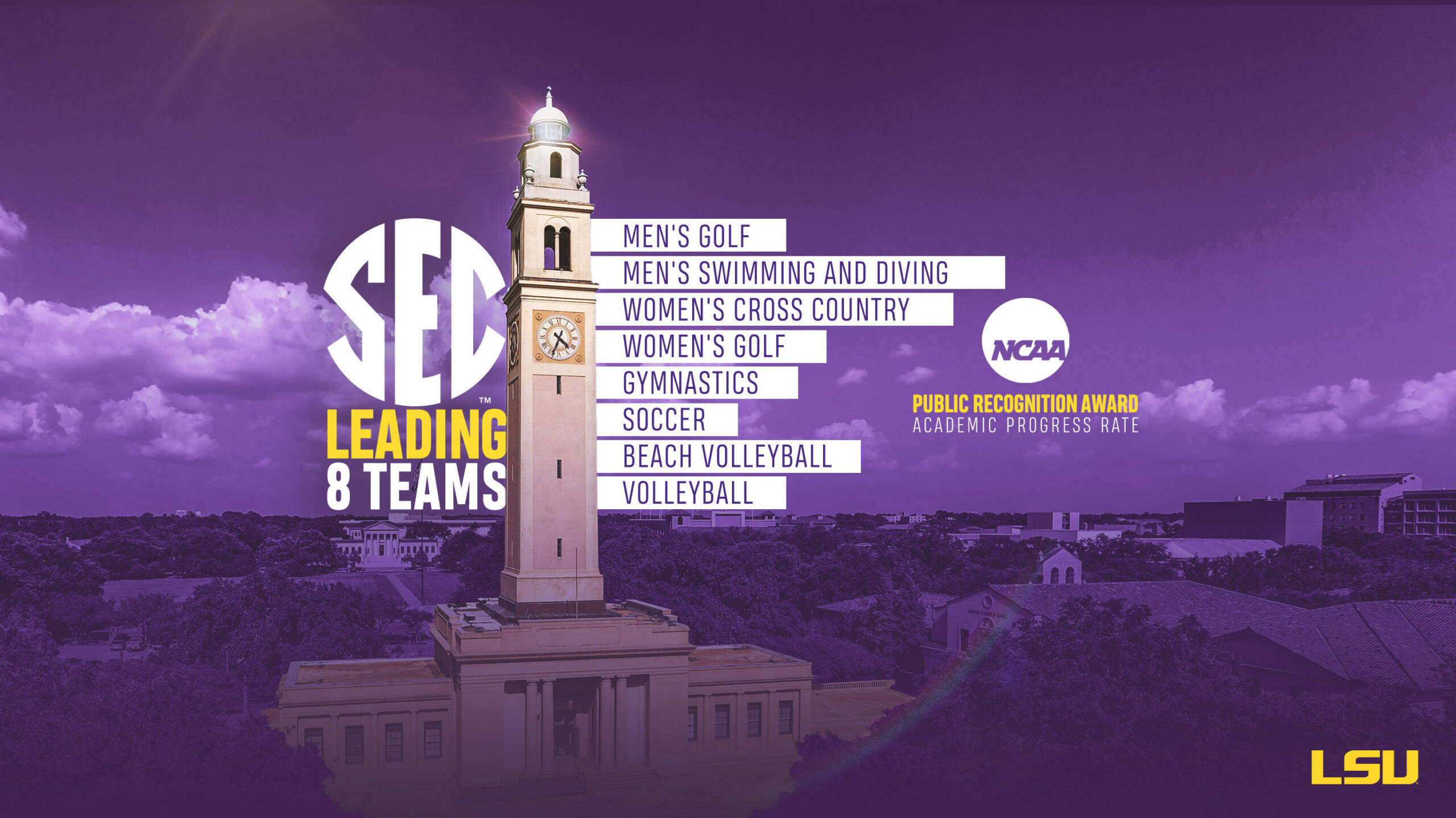 BATON ROUGE ? For the second straight year, LSU stands atop the Southeastern Conference for teams earning the NCAA Public Recognition Award as eight Tiger squads received the honor this week for their exceptional work in the classroom as part of the NCAA’s Academic Performance Program.

LSU tied with Auburn for most teams in the SEC earning the award with a perfect score of 1,000.

“It takes a lot of hard work and commitment to achieve at an elite level on and off the field in the SEC,” LSU Director of Athletics Scott Woodward said. “We want to be the best in all that we do, and that includes in the classroom. I’m proud to see the academic success of our student-athletes and the steady support of their coaches, Cox Academic Center staff and the incredible faculty at LSU.”

Last year, LSU set a school record by having nine of its 21 teams earn a perfect score of 1,000.

The recent NCAA academic accomplishment for LSU’s athletic teams continues a trend that has seen the Tigers excel in all areas monitored by the NCAA. LSU’s most recent Graduation Success Rate released in November of 2018 showed a score of 89 percent, which is just one point shy of the school’s all-time mark of 90 set in 2017.

The Cox Communications Academic Center for Student-Athletes plays a vital role in LSU’s academic success. On Friday and Saturday, 85 LSU student-athletes will graduate from the university.

“We, in the Cox Communications Academic Center for Student-Athletes, are very proud of our eight teams who are within the top 10 percent of their sport and receiving public recognition,” Kenneth Miles, LSU Assistant Vice Chancellor of Academic Affairs & Executive Director Cox Communications Academic Center for Student-Athletes said. “It is truly a collective effort from the CCACSA team, School & College advisers, Academic Affairs, Athletics, Tiger Athletics Foundation, Faculty Athletics Representative, and the student-athletes. Their unwavering commitment does not go unnoticed and is reflected within our successes.”

Six of LSU’s eight sports that earned the NCAA Public Recognition for work in the classroom also advanced to NCAA postseason play with two out of the group winning SEC titles.

LSU’s gymnastics team finished as the NCAA runner-up after claiming its third straight SEC title; the beach volleyball team recorded the highest-finish in school history with a third place showing at the NCAA Tournament; women’s soccer won its first ?ever SEC Championship last fall and reached the second round of the NCAA Tournament; men’s and women’s golf advanced to the NCAA Regionals; while the men’s swimming and diving team placed 26th nationally.