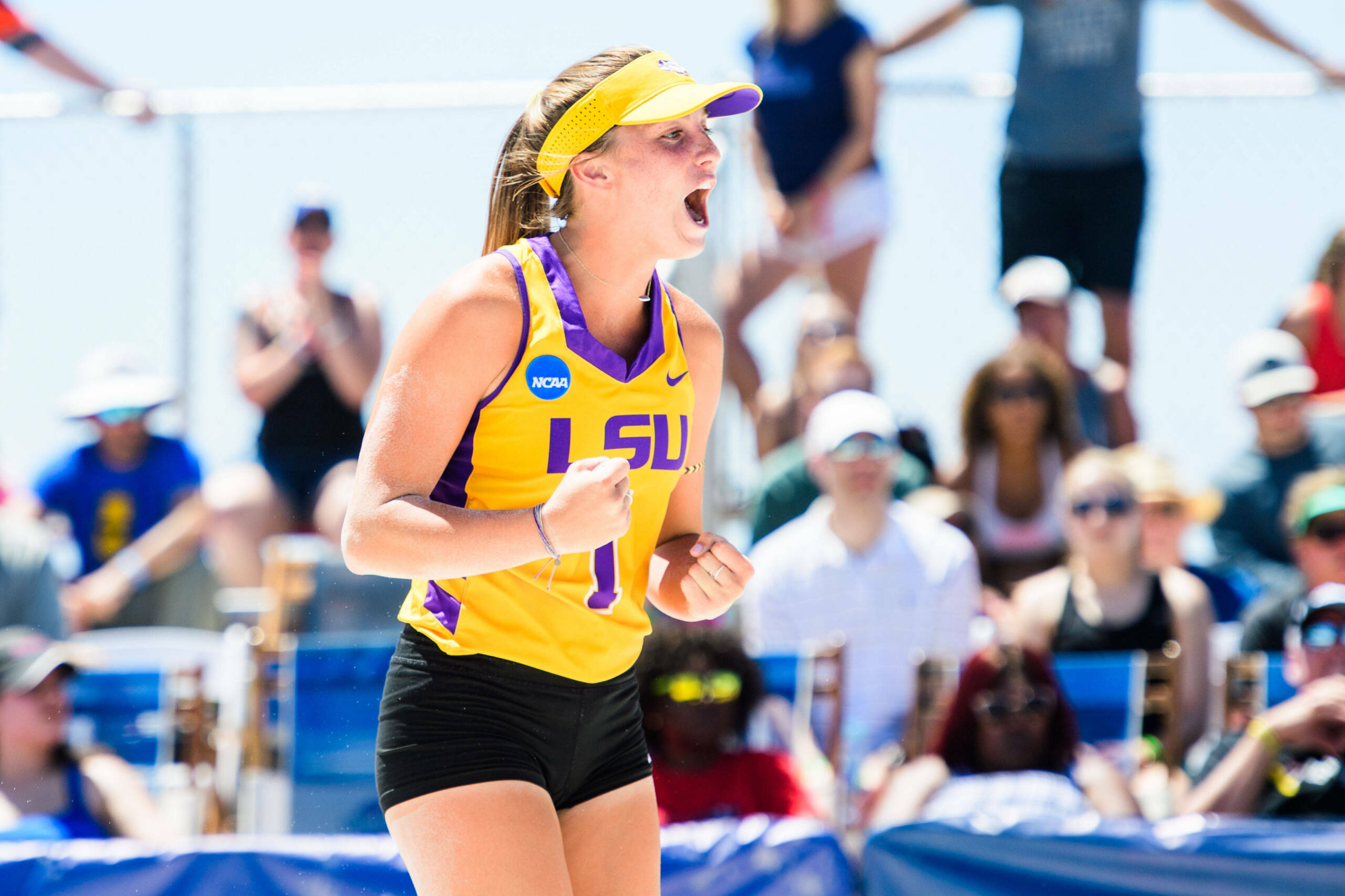 HERMOSA BEACH, Calif. – The three pairs that competed in the USAV Collegiate Beach Championship qualifier on Wednesday advanced to the main draw joining the two pairs of Claire Coppola and Kristen Nuss along with Ashlyn Rasnick-Pope and Toni Rodriguez.

After winning the USAV Collegiate Beach Championship in 2018, Coppola and Nuss are back defending their title as the No. 1 seed.

Rasnick-Pope and Rodriguez were the only other pair that automatically qualified to the main draw. The pair that competed on Court 3 for LSU during the season and earned the No. 18 seed.

In typical Allison Coens and Hunter Domanski fashion, it would take three sets to advance. After dropping their first set against Catherine Griffith and Meile Sellers, 21-14, Coens and Domanski would respond with back-to-back set wins over the pair from ULM, 21-13 and 16-14, to advance to the main draw. That pair was 9-3 during the season in matches that extended to three sets.

Likewise, it would take Kelli Agnew and Olivia Powers three sets against Lexi McKeown and Ashley Robert from FSU. Agnew and Powers took the first set, 21-17, before dropping the second set, 21-14. In the final set, the pair from LSU came out on top, 15-11, advancing in the tournament.

Finally, Olivia Beyer and Maddie Ligon took on another FSU pair, Kiroa Sanchez and Jenna Johnson. The stress that mounted in the other two matches today would not be there in this match though as Beyer and Ligon, LSU’s Court 4 pair during the season, took the match in straight sets, 21-8 and 21013.

All five of LSU’s pairs competing in Hermosa Beach this week have advanced to the main draw and will compete in pool play, starting on Thursday.