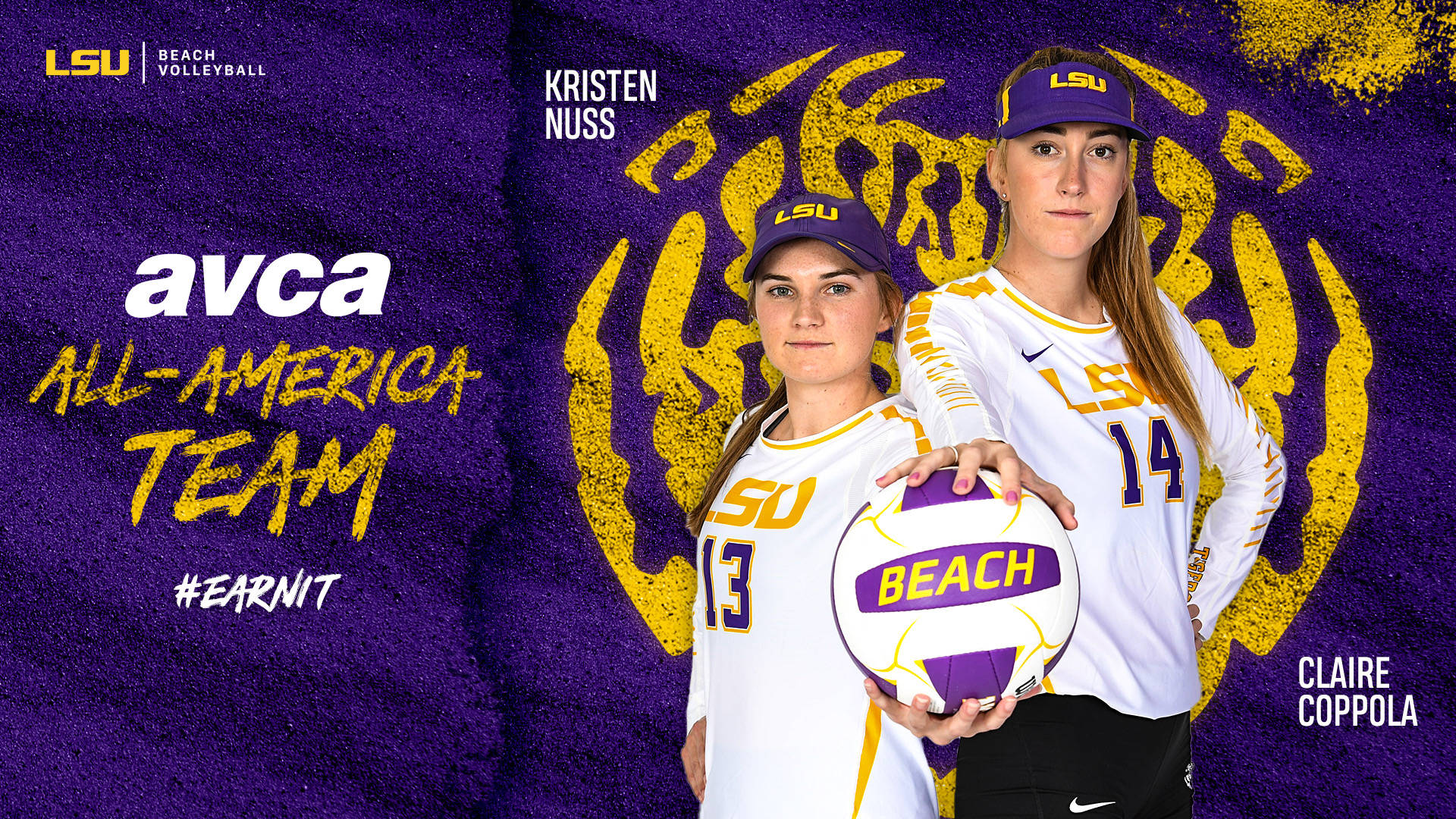 BATON ROUGE– For the second consecutive year, LSU’s Court 1 beach pair of Claire Coppola and Kristen Nuss have been named to the AVCA All-America Team, the association announced Wednesday.

In their three seasons in Purple and Gold, Coppola and Nuss have set the standard for LSU Beach Volleyball. Competing in every collegiate match together, the LSU duo became the two winningest players in the program’s six-year history earlier this season. They currently sit a 91 career victories.

Going into the season, Coppola and Nuss were chosen as the preseason CCSA Pair of the Year and Nuss won the fan vote for preseason player of the year. They lived up to the hype.

Their 33 victories this season are a new single-season wins’ record for individual players and a pair. Only one other pair in the nation, Abril Bustamante and Tina Graudina from USC’s top court, had the same amount of victories on any court.

Starting against Stetson on March 29, Coppola and Nuss would reel off 18 straight victories, dropping only one set during the run. At one point, the LSU duo won 32 consecutive sets. They dropped their first set in weeks during the CCSA Championship match against FSU, but their match on Court 1 would go unfinished as Florida State clinched the championship.

After winning CCSA Pair of the Year in 2018, Coppola and Nuss repeated this season, becoming the first pair ever to win the award twice.

Now, Coppola and Nuss are in Hermosa Beach, California with four other LSU pairs, competing at the USAV Collegiate Beach Championship. Coppola and Nuss are defending their crown this year after taking home the championship in 2018. Every pair that medals this week will be afforded the opportunity to train with the USAV Collegiate Beach team over the Summer.

Going into their senior season, Coppola and Nuss will look to become the first LSU pair to win 100 matches ever and have the chance to become the only three time winners of CCSA Pair of the Year. Next year, the Tigers will return at least eight players who saw action at the NCAA Championship this season, making a historic run and finishing as a program-best No. 3 in the nation.