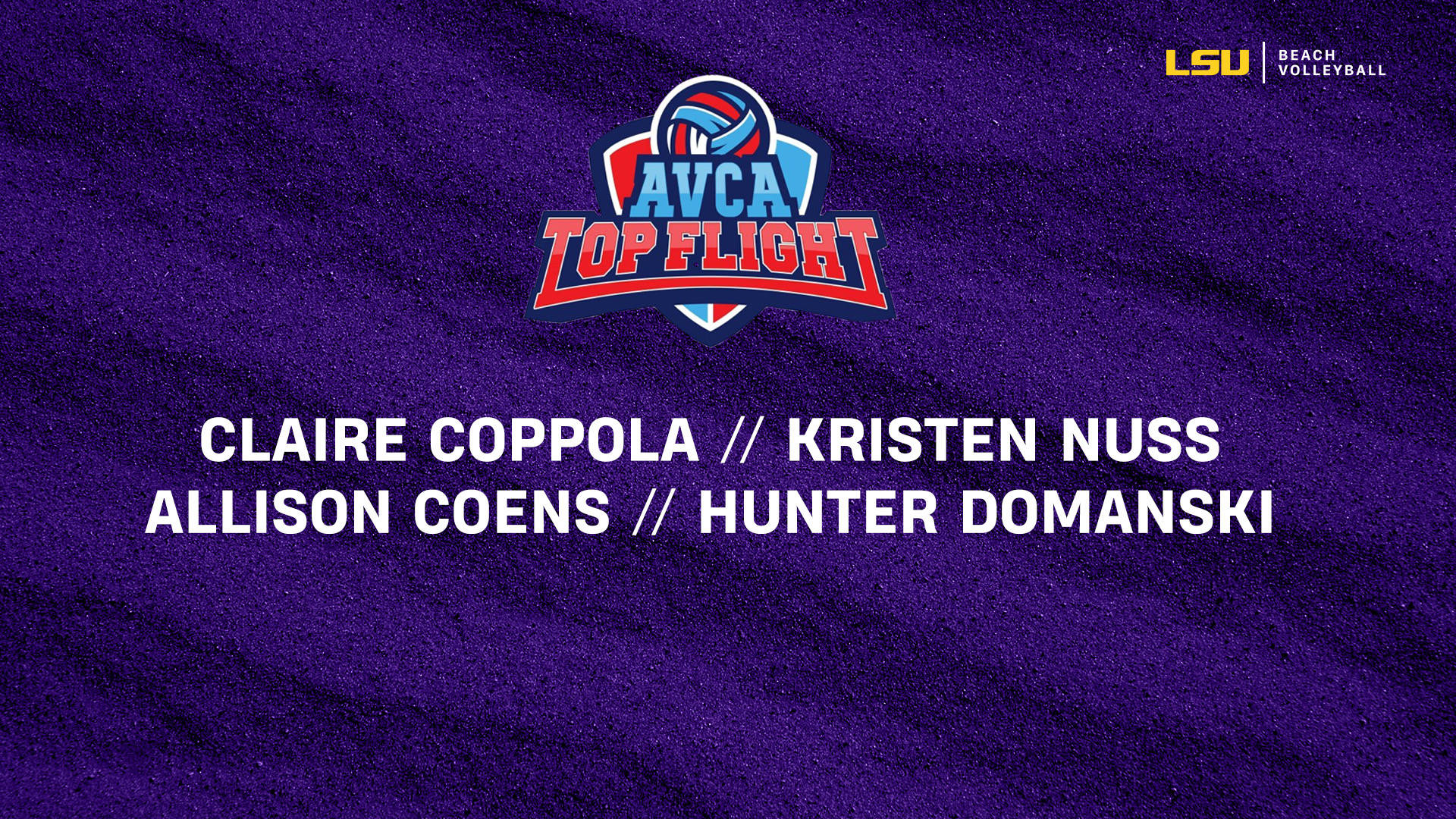 BATON ROUGE – While the LSU Beach Volleyball team was competing in Gulf Shores at the National Championship, the AVCA announced that Claire Coppola and Kristen Nuss along with Allison Coens and Hunter Domanski would be honored with the Top Flight Award.

Introduced in 2018, this award is designed to recognize excellence in collegiate beach volleyball from pairs all over the country and across all flights. To earn “Top Flight” status, pairs must compete in at least 15 matches together and win a minimum of 75-percent of its matches. View the entire list of pairs who earned the award here.

Coppola and Nuss (Court 1) along with Coens and Domanski (Court 5) were LSU’s two most dominant pairs in the sand this season. When both of the Tiger pairs took care of business on their respective courts, LSU was 19-1 in 2019.

On Court 1, Coppola and Nuss continued to push the bar of excellence. On April 7 against Houston Baptist, the junior duo earned their 81st win together, becoming the two winningest players in the program’s history. They set an LSU pair record for wins in a season, going 33-4, and became the first duo ever to be a two-time winner of CCSA Pair of the Year. The 33 victories on Court 1 are tied for the most in the nation this season.

Coens and Domanski entered the year with lower expectations on Court 5, but delivered just the same. Together, they would go 22-6, including 9-3 in matches that went to a third set. Coens was named to the CCSA All-Freshman team alongside Agnew. Coens and Domanski clinched LSU’s 3-2 win over Stetson at the NCAA Championship with a three set win on Court 5, sending the Tigers to the Semi-Finals.

The pairs on Courts 1 and 5 were imperative to LSU’s historic season which saw it finish with a program best No. 3 ranking and make its deepest run at the NCAA Championship ever.