No. 15 Baseball Falls to Louisiana Tech 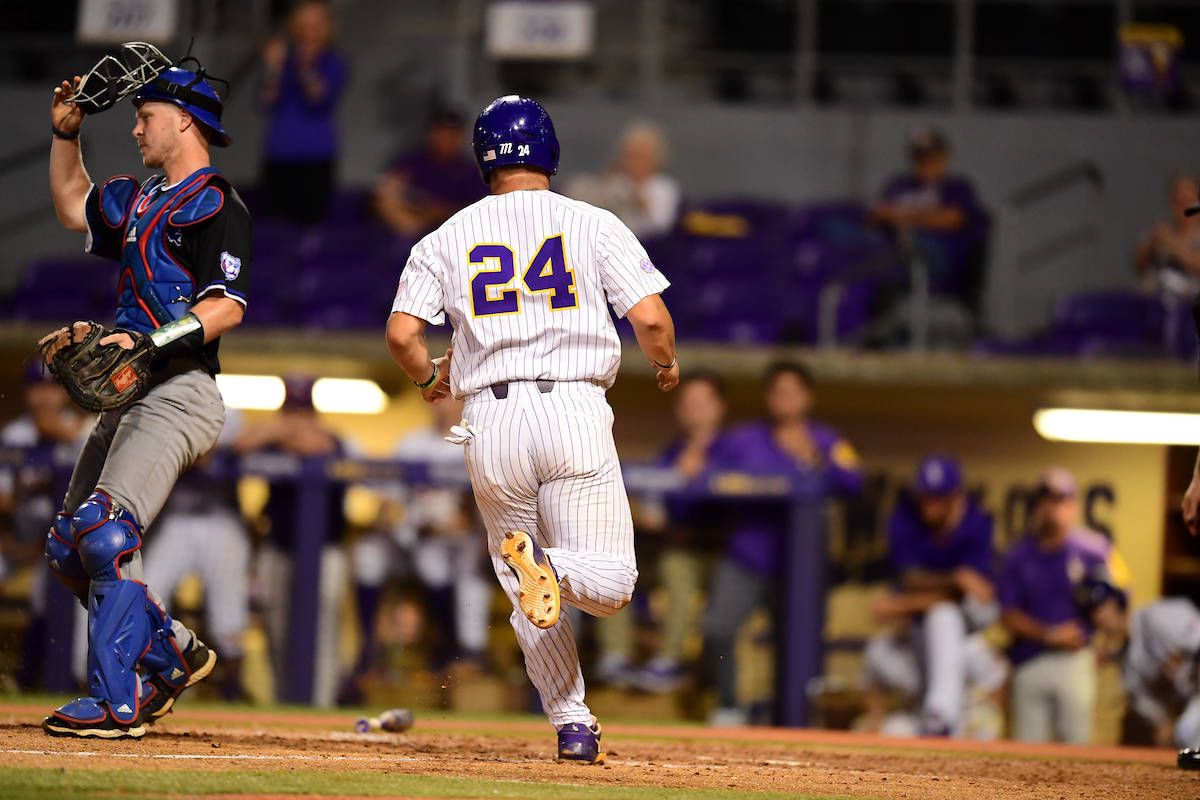 The Tigers are on the road in Fayetteville this weekend for a SEC series with the Arkansas Razorbacks. The first game of the series is Thursday at 6:30 p.m. CT. The game will be broadcast on ESPNU. Fans can also listen on 98.1 FM in Baton Rouge or online through LSUsports.net/live.

Left-hander Robbins (4-3) earned the win by allowing only three hits and one run in 6.2 innings of work. He also recorded two strikeouts.

Freshman Chase Costello (0-1) suffered the loss for the Tigers. He tossed two innings, giving up five hits and four runs, three of which were earned.

“It’s unfortunate that you have these types of games once in a while,” said LSU coach Paul Mainieri. “Coming off an emotional game against Ole Miss on Sunday and looking ahead to a big series at Arkansas starting on Thursday, it was just one of those nights when things didn’t go well for us.

“It’s a tough night, and I’m hurting for our players and everyone that follows LSU Baseball, but it just counts as one game and we’ve got to shake it off and get ready to go to Arkansas.”

Second baseman Hunter Wells lined a one-out single up the middle to start a two-run first inning for Louisiana Tech. First baseman Mason Mallard followed with a double down the left field line. Third baseman Tanner Huddleston then reached first on an error by the shortstop, allowing Wells to score. After Huddleston advanced to third on a fly out, center fielder Parker Bates dropped an RBI single to right to give the Bulldogs a 2-0 lead.

Wells singled up the middle again to start the third inning. Mallard slapped a single to left, allowing Wells to move to second and then third on a wild pitch. Huddleston hit a RBI single through the right side that scored Wells. With two outs, designated hitter Manny Garcia dropped a single in left, scoring Mallard from second to give Louisiana Tech a 4-0 lead.

Shortstop Taylor Young drew a walk to start the fourth for the Bulldogs. Wells singled to right, allowing Young to advance to third. Mallard followed with a fly out to deep center that scored Young from third, giving the Bulldogs a 5-0 advantage.

Bates hit a leadoff home run in the fifth to extend the Louisiana Tech lead to 6-0.

Mallard lined a one-out double down the left field line in the sixth. Huddleston hit a RBI single to left, scoring Mallard and extending the Bulldogs’ lead, 7-0.

First baseman Cade Beloso reached on an error with one out in the bottom of the seventh, then moved to second on a wild pitch. Left fielder Daniel Cabrera bounced a two-out RBI single up the middle to score Beloso, cutting the Bulldogs’ lead to 7-1.

Louisiana Tech right fielder Mason Robinson hit a leadoff single in the eighth. Young then reached on a successful bunt. Wells was hit by a pitch, loading the bases. Mallard doubled to right center, allowing Young and Robinson to score. Left fielder Steele Netterville slapped a one-out single up the middle and scored Wells from third. Bates followed with a sac fly to center that allowed Mallard to score, extending the Bulldog’s lead to 11-1.

Catcher Chris Clayton reached on an error to start the ninth. Young drew a one-out walk and Wells followed with a single to load the bases. Huddleston singled down the right field line, scoring Clayton to increase the lead, 12-1.