All Five Beach Pairs to Compete in USAV Championship 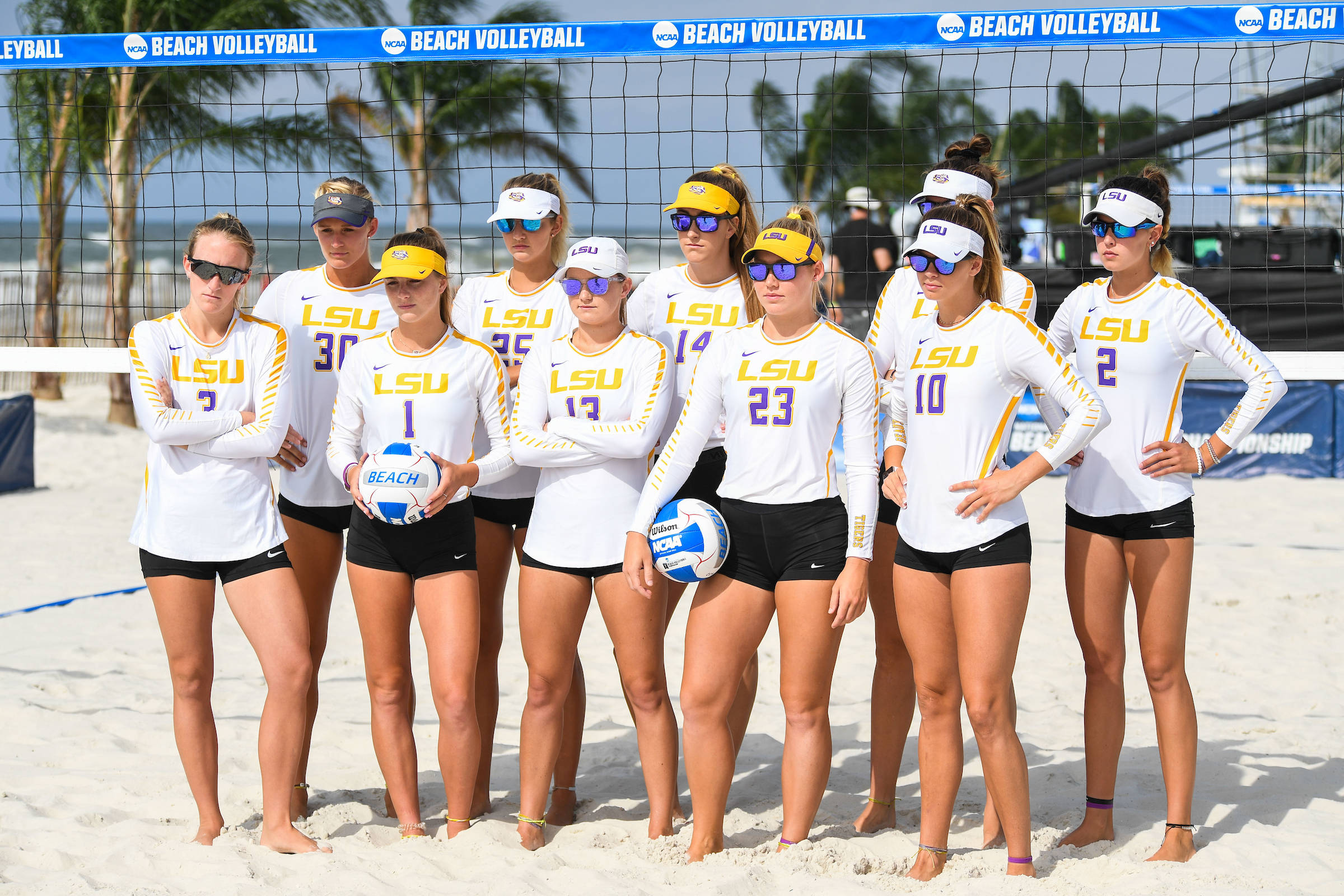 HERMOSA BEACH, Calif.– LSU Beach Volleyball’s top five pairs will compete at the USAV Collegiate Beach Championship this week, May 8-11, against the top competition from around America.

The Tigers just wrapped up their season on Sunday, finishing No. 3 at the NCAA Championship, the best finish in the program’s six-year history.

The USAV Collegiate Beach Championship will be available to watch on USAVolleyball.org. The final on May 11 will air on NBC Sports.

The championship will feature 46 pairs with elite skills. All the pairs must feature two girls from America, thus not every top collegiate pair will compete in Hermosa Beach this weekend. Every pair that metals will be invited to train with the USAV Collegiate Beach Volleyball team over the Summer.

After taking the crown in Hermosa Beach last summer, Claire Coppola and Kristen Nuss are the top seed in the main draw. During the regular season, LSU’s pair on Court 1 went 33-4 and won CCSA Pair of the Year for the second straight season.

Ashlyn Rasnick-Pope and Toni Rodriguez find themselves in the main draw as well as the No. 18 seed. They went 11-4 on Court 3 this season and were named to the CCSA All-Tournament team after LSU finished as the runner-up in Emerson, Georgia. In their match on against South Carolina on April 6, Rasnick-Pope and Rodriguez went on a 29-5 run throughout the second and third sets, the clinch a victory for the Tigers in the overall match.

Kelli Agnew and Olivia Powers from Court 2 will compete in the qualifier on May 8 as No. 27 seed. Agnew was named the CCSA All-Freshman Team.

Agnew and Rasnick-Pope traveled to Chula Vista, California last month to compete in a USAV tryout for the U21 World Championship team.

Olivia Beyer and Maddie Ligon come into the championship as the No. 30 seed and will need to go through the qualifier. The duo first played together at in Miami at the FIU Surf and Turf where they went 4-0 and won CCSA Pair of the Week. The LSU duo went 3-0 over the weekend at the NCAA Championship.

The final pair to compete in the qualifier will be Allison Coens and Hunter Domanski. In their first season paired together, they went 22-6 together, including 9-3 in matches that went three sets. Coens was named to the CCSA All-Freshman team alongside Agnew. Coens and Domanski clinched LSU’s 3-2 win over Stetson at the NCAA Championship with a three set win on Court 5, sending the Tigers to the Semi-Finals.

All three of the LSU pairs competing in the qualifier will receive a first-round bye and need just one win to advance to the main draw. It is single eliminations

Coens and Domanski are the only pair of the three that already knows who they’ll be paired against. At 4 p.m. CT on Court C the LSU duo will face Catherine Griffith and Meile Sellers.

Powers and Agnews will face the winner of Jenna Gathright and Emma Andraka (UAB) vs. (Lexi) McKeown and Ashley Robert (FSU) at 5 p.m. on Court 03.

Beyer and Ligon will go up against the winner of Sarah Blacker and Dana Parker (Arizona) and Kiroa Sanchez and Jenna Johnson (FSU) at 6 p.m. on Court 01.