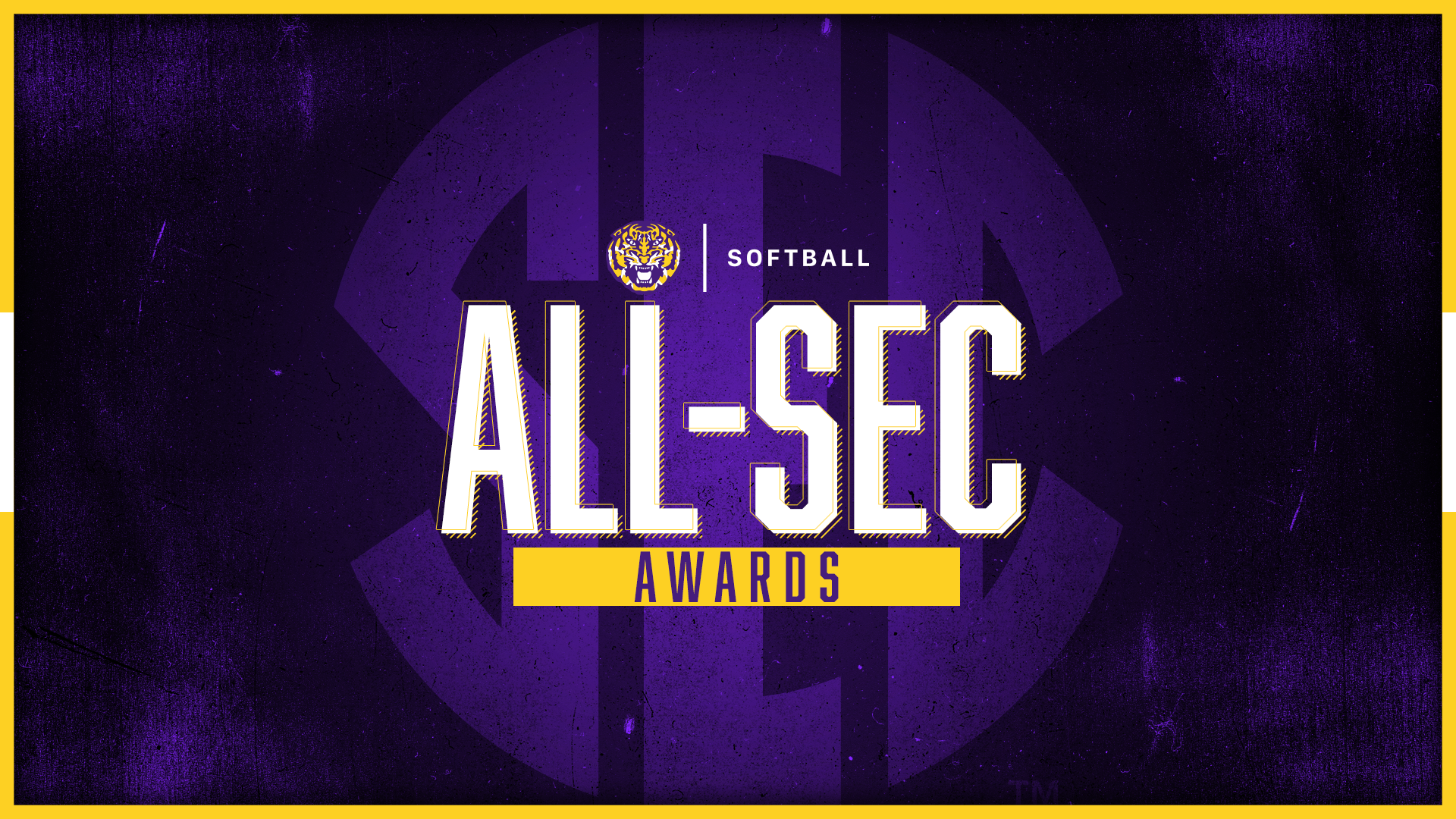 BATON ROUGE – The LSU Softball team garnered seven SEC honors on Tuesday as announced by the conference office ahead of the start of the 2019 SEC Softball Tournament in College Station, Texas. This is the most SEC honors since the Tigers earned nine in 2015.

Shemiah Sanchez hit .324 in league play and led the conference in home runs (11) and RBI (28) and was fourth in slugging percentage (.817). She hit two home runs on two occasions, two at Mississippi State and two against Kentucky. She hit a grand slam at Georgia to give the Tigers the lead and eventually the win to help them sweep the Bulldogs. She had six multi-hit games, including three games with three hits. She finished the SEC season with seven multi-RBI games, including five RBI at Georgia.

Amanda Sanchez was second on the team in batting average in the SEC at .339. She tallied 20 hits, two doubles, six home runs and 19 RBI. She walked a total of 19 times in the 24 games. Her on-base percentage of .549 ranked fourth in the league. She finished with five multi-hit games and five multi-RBI games and had a reached base streak of 18 games. Amanda Sanchez had her best SEC weekend against South Carolina, hitting .714 with five hits, eight RBI, three home runs and four runs scored.

Junior center fielder Aliyah Andrews led the conference in runs scored (23) and at-bats (90). She finished second in the league in stolen bases with 14. She led the Tigers in league play with a .356 batting average. She had four three-hit games and tied the single-season record for stolen bases on Sunday against Alabama, recording her 45th on the year. Andrews did not make an error in SEC action and tallied 54 putouts.

As a dual threat at the plate and in the circle, Sunseri hit .329 which was third on the team in league play. She tallied 23 hits, a league-leading eight doubles, three home runs and 21 RBI. She walked 15 times and scored 11 runs. In the circle, Sunseri recorded five wins, including one shutout. She came in and earned three saves for the Tigers. The sophomore held her opponents to a .227 batting average and struck out 31 batters in 58 innings, including 15 batters looking, which is sixth in the league.

Stewart has been a threat for the Tigers as of late. She has led the team in the last three weeks, hitting .409. As a freshman, she has the 16th highest batting average in the conference at .327. She owns four doubles and two triples, which is second among the league. Against Alabama, she hit .400, picking up four hits, including two doubles in game one on Friday. She had at least one hit in 16 of her 22 SEC games.

Freshman Wickersham went 3-0 in SEC action with a 2.43 earned run average, which is top 10 in the league. She recorded one shutout and had two complete games. In 46 innings, she tallied 20 strikeouts and held her opponents to a .244 batting average.

The Tigers head out to the 2019 SEC Tournament this week and will face the winner of the Florida/South Carolina matchup. The Tigers will play Thursday, May 9, at 11 a.m. on SEC Network.