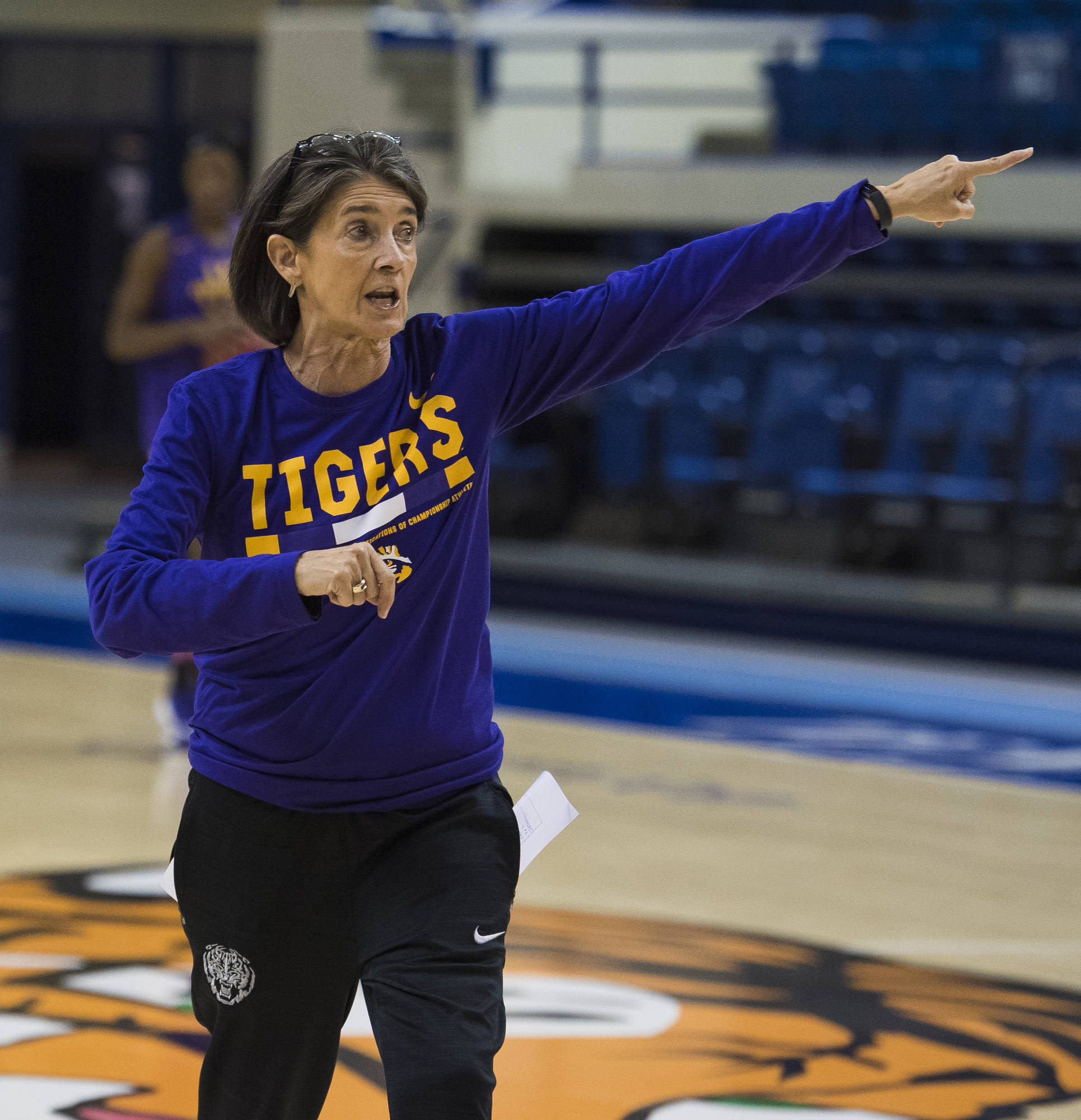 ATLANTA – Former LSU women’s basketball assistant coach Mickie DeMoss has been inducted into the inaugural class of the A STEP UP Assistant Coaches Hall of Fame Presented by Worth Advisors.

The Class of 2019 was inducted this morning during the Legends Breakfast at the Sheraton Atlanta Hotel to kick off A STEP UP’s three-day professional development symposium. A STEP UP is celebrating its tenth year as one of the premier professional development events for assistant collegiate basketball coaches. This is the first Hall of Fame of its kind that specifically recognizes NCAA Division I, II and III men’s and women’s assistant basketball coaches.

DeMoss spent two seasons as an assistant coach on the LSU staff from 2016-18. With 40 years of experience on the collegiate and professional sidelines, DeMoss continues to be a student of the game and is currently serving as a consultant with different programs around the country.

There Is Only One Khayla Pointer

There Is Only One Khayla Pointer

LSU's senior star stands alone in a Club of One
Gallery: Women's Basketball vs Arkansas