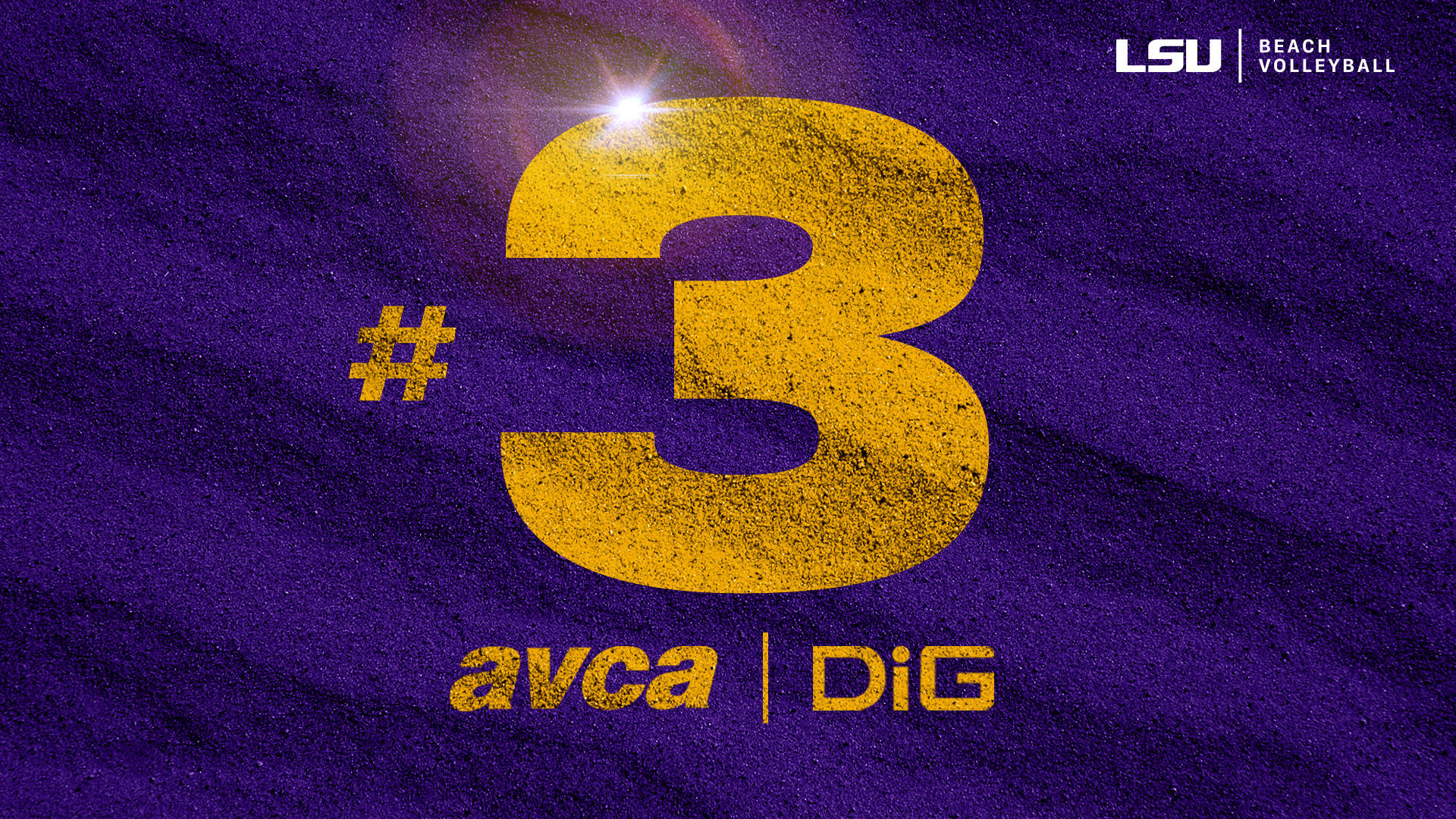 BATON ROUGE – After making a historic run at the NCAA Championship, the LSU Beach Volleyball team came in as the No. 3 team in the nation to finish the season, marking the best ranking in program history, the AVCA released Monday.

LSU finished as the No. 3 team according to DiG Magazine as well, announced Tuesday.

The Tigers cracked the top-five for the first time ever on February 25 earlier this season and remained there for all but one week for the remainder of the season.

Heading into the NCAA Championship, LSU earned the No. 5 seed, one spot below Pepperdine, who the Tigers defeated in early March.

The Tigers and Wave would meet in the opening round of the championship and just like in their first matchup, the Tigers came away victorious, this time sweeping the No. 4 seed.

In the second round, LSU squared off against No. 8 seed Stetson, who upset top-seed USC in the first duel of the championship. In a match that would come down to a third-set on Court 5, LSU advanced to the NCAA Semi-Finals for the first time ever with a 3-2 win over the Hatters.

After dropping the first set on Courts 4 and 5, both pairs stormed back to take the second and third sets to give LSU an early 2-0 edge. Unfortunately, Court 1, 2 and 3 were unable to pick up wins as the Trojans came back to advance to the championship match.

This is the first year that LSU advanced to Sunday at the NCAA Championship. The Tigers finished with 31 victories in 2019, the most in program history.

The final DiG Magazine poll will be released on Tuesday.