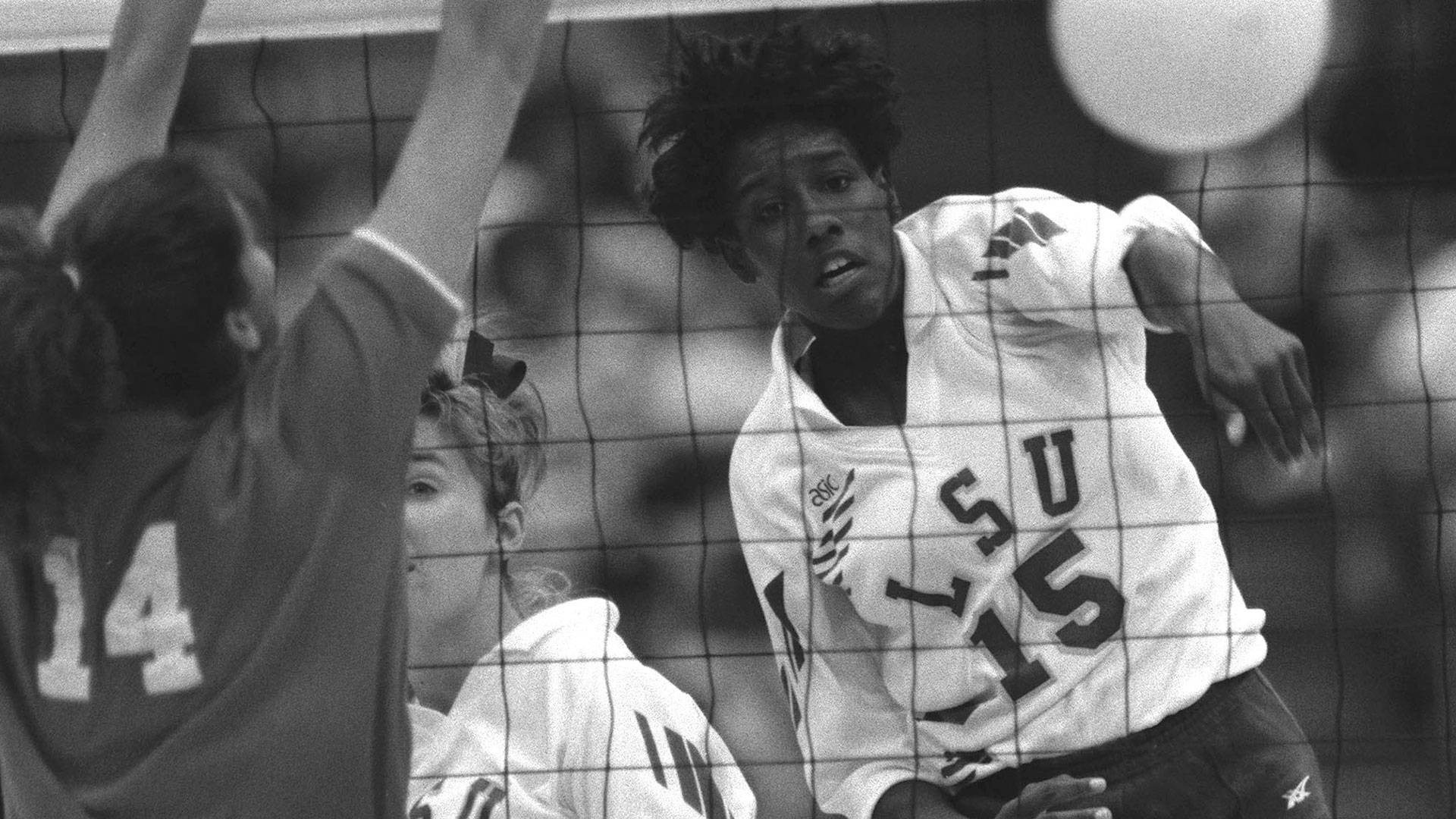 MOBILE, Ala. – Nyla Shepherd, a record-setting LSU Volleyball player, has been inducted into in to the Mobile Sports Hall of Fame.

With a total of 1,735 kills, Shepherd still holds the LSU record for career kills. She is seventh on the list for block assists (378) and is ninth in total blocks (430).

Shepherd led the Tigers to three consecutive SEC titles from 1989-1991. LSU reached the NCAA Final Four in both 1990 and 1991, its only appearances in school history.

Shepherd was a dominant basket player at McGill-Toolen as well and led the Yellow Jackets a perfect 29-0 record and a 6A State Championship.