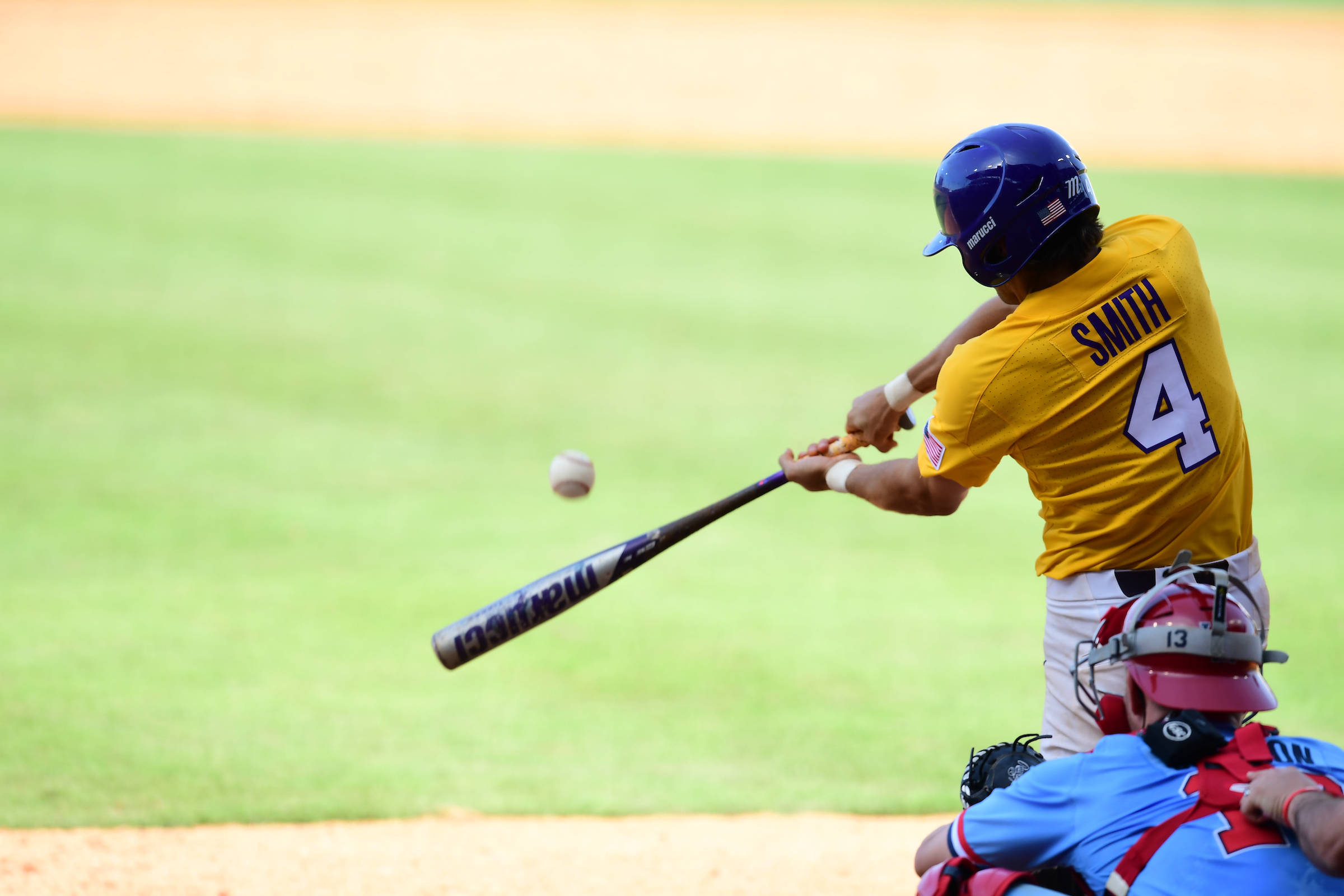 When Saul Garza stepped up to the plate just after 6 p.m. on Sunday, LSU trailing 15-9 with two outs in the ninth and on the verge of dropping a vital home series against Ole Miss, there were few fans left, and less hope.

A packed house of 10,000-plus had dwindled to sparse packs waiting for traffic to thin. The press box was cleaned, photographers filed their photos and packed their bags, and reporters’ fingers hovered over the “send” button on their laptops.

Eleven minutes, six hits, three home runs, and six runs later, as Josh Smith stood steps outside of the batter’s box and admired his 423-foot, game-tying home run – the third straight Tiger dinger in an epic, memorable, and ultimately fruitless comeback – the fans remaining forgot about the drive home and bellowed deafening roars. The photographers unpacked their things and filled new memory cards. And the reporters frantically re-wrote their stories.

“You could go a lifetime and never see what you saw there in the ninth inning,” head coach Paul Mainieri said after the game. “Back to back to back homeruns to tie the game?”

Garza – who had already blasted a three-run homer to dead center in the seventh – started things with a single to left. Brandt Broussard singled to right, and Garza and Broussard advanced to second and third on a wild pitch. Zach Watson plated the first run of the inning with an infield single just past the pitcher’s hand, bringing Antoine Duplantis to the plate and the score now at 15-10.

With four hits to his name on the day already, Duplantis drove a 1-1 fastball 407 feet off the top of the mostly-empty Diamond Deck in right field for his fifth hit of the day and eighth homer of the year, bringing the score to 15-13.

ARE YOU KIDDING ME?! @antoine_dupl drills a home run into the Diamond Deck to make it a two-run game.

Cade Beloso, who had already plated the Tigers’ first run of the game with a solo shot to lead off the fourth, followed up with a 456-foot blast to right center. The freshman turned a 92 mile per hour fastball into a 107.1 mile per hour laser that cut the deficit to a single run and brought Smith to the plate as the tying run.

Not to be overlooked is this CLUTCH homer by @cade_beloso, his eighth of the year!

In the back of his mind, Smith hoped to atone for a second inning error that had allowed Ole Miss to score four unearned runs. A defensive stalwart for LSU, it was Smith’s second error in as many games, but he didn’t hang his head.

“I don’t ever really get down on myself,” he said. “Baseball happens. You’re going to make mistakes. But I think the best ones are the ones that put that stuff behind them and move on.”

Seven innings after his miscue, Smith pumped his fists and beat his chest as he rounded second base, letting out a scream of exhilaration in the very spot where he’d booted the second-inning grounder.

Josh Smith did the home run celebration every kid dreams of in his back yard growing up.

The result stinks, but the comeback was still incredible, and this moment was unreal. pic.twitter.com/uUGz0qDbhR

Back to back to back. A two-out rally for the ages. Dating to 1972, LSU had never overcome a deficit of five-plus runs in the ninth to force extra, and certainly not with two outs and nobody on.

It seemed like the turning point of a year in which the Tigers have been seeking a platform for their patented late-season run.

“I was really hoping we would win it right there,” Mainieri said, “because in all honesty, I knew they would be hard to stop.”

In the end, Ole Miss did prove hard to stop. The Rebels, who piled on Tiger pitching all day, tacked on four more runs in the top of the tenth to take the game and the series. In a rubber match with regional hosting implications, LSU gave up 19 runs on 23 hits and committed two errors that allowed four unearned runs to score – a deficit that would prove too great to overcome.

“They were just so relentless at the plate,” Mainieri said. “We couldn’t slow them down. But we didn’t give up. Our kids kept battling and battling.”

There are no moral victories, as Mainieri said plainly after the defeat. But there are lessons to be learned. Just as victories are littered with mistakes that must be corrected, so, too, can defeats shine a light on qualities that could be critical in later games.

LSU’s comeback was insufficient on Sunday, but it was not insignificant.

The Tigers proved they can climb out of any hole – no matter how deep they dig it for themselves.

Sunday’s hole was 10-1 after four innings and 15-9 with an out left. When doom seemed certain, the Tigers fought it off, showing real mettle that doesn’t just get discarded despite an unfavorable result.

They’ll need all the mettle they can muster over the final eight games of the regular season. Most Monday polls have the Tigers somewhere in the mid-teens, meaning their margin for error these last two weeks in a quest to be one of 16 regional hosts is slim-to-none.

And the road is not easy. This weekend sees LSU head to Fayetteville for a road series against top-five foe Arkansas, who sits three games ahead of the Tigers in the SEC West standings. Mainieri’s men have to put Sunday’s loss behind them, while still holding on to the fight that sparked the incomplete comeback.

“This team’s got a lot of fight, a lot of young guys stepping up,” Smith said. “Cade Beloso giving me the opportunity to hit my home run, hitting his. That’s what this team has been. But we are just missing that one little factor to put us over the edge. That’s something we’ve got to find.”

“We’ve got some real good competitors on this team,” Duplantis added. “I think we’ve shown that throughout the year. We’ve had a few good comebacks this year. Not like this, but that just shows we’re not out of any game. That should give us confidence, that we’re going to battle to the end with any team, and that when we put our mind to something, we can achieve anything.”

A two-out rally or a two-week rally. A six-run hole or a sixteen-team race. The bottom of the ninth or the first week of May.

If you keep swinging, stop digging, and learn from the past before putting it behind you, anything is possible.