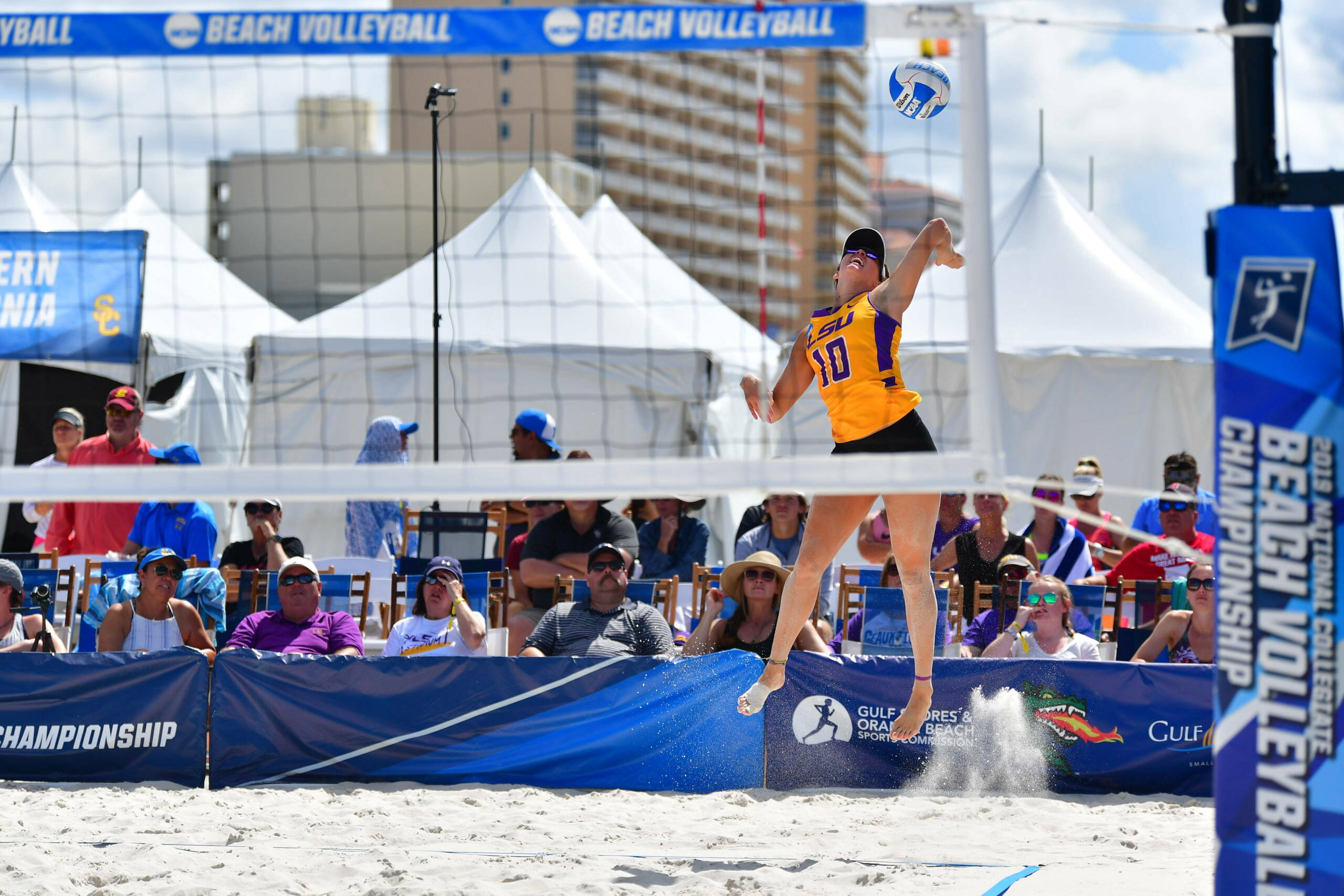 GULF SHORES, Ala. – The Tigers fell just short of reaching the NCAA Championship match on Sunday when they fell to No. 1 USC, finishing in third place in Gulf Shores, LSU’s highest finish ever.

“To be in this position at the end,” said coach Russell Brock, “I think it will take a couple minutes – maybe after watching the final, seeing how close we were to maybe one more step this year, it’s impossible not to respect the progress that was made this year on this stage.”

It is the end of a historic year for the Tiger who, after week 1 cracked the top-five for the first time in program history. They would remain at No. 4 for the majority of the year, finishing with a program record, 31 victories.

“It’s been an incredible run and an incredible season,” said sophomore Hunter Domanski. “It hurts falling just short. It will make us hungrier for next year.”

LSU would fall to UCLA, the defending national champion, 3-0, Saturday morning, but the championship’s double-elimination bracket gave the Tigers another opportunity to advance to championship.

USC fell to No. 8 seed Stetson in the first match of the championship, the first time that a top-seed lost to the bottom seed. The Trojans fought their way through the loser’s bracket, ultimately making it to Sunday’s Semi-Final match against the Tigers.

Kahlee York and Hunter Domanski on Court 5 along with Olivia Beyer and Maddie Ligon on Court 4 dropped their first sets, 21-17 and 21-19, respectively.

The Tigers fans came out in droves to Gulf Shores and after the first set, they made their presence known, giving the pairs on Courts 4 and 5 an extra kick of energy.

It was York’s first career appearance at the NCAA Championship and it was the first time her and Domanski had played together all year. After feeling each other out in the first set, they were ready to go to battle.

“Us playing together for the first time, we were figuring some stuff out in the first set,” said York. “We were a lot smoother in the second set.”

Domanski and York would dominate on Court 5 in the second set against the Trojans, 21-13, forcing a third set.

“Kahlee took advantage of her opportunities to continue to build her game,” said Brock. “She and Hunter did a great job.”

Domanski and York continued their tear, taking the final set on Court 5, 15-9. Nine minutes later, Beyer and Ligon were celebrating a comeback of their own as they took the third set on Court 4, 15-13, giving LSU a 2-0 edge over the Trojans.

To win the match, Courts 4 and 5 were critical for the Tigers, but they knew even if they could get it done at those spots, the top three courts would be a challenge.

“We knew we had to do something special at one, two or three,” said Brock. “One was our best shot just because Claire and Kristen are a really talented team.”

Claire Coppola and Kristen Nuss dropped the first set, 21-18, on the top court. Potentially the Tigers’ best chance to send them to the championship, Coppola and Nuss were unable to force a third set, dropping set two, 21-18.

The LSU’s top duo had not dropped a match since March 29, when they fell to UCLA in Miami. They finish the season with a LSU pair record for wins in a season, 32.

Toni Rodriguez and Ashlyn Rasnick-Pope would be the last domino to fall in USC’s comeback effort. The LSU pair dropped back-to-back sets on Court 3, 21-13 and 21-12, as the Tigers’ historic season came to an end.

“We can’t look past the steps that were made,” said Brock. “We want to use that to continue to build. There’s lots of ways that we can improve. That’s a good place to be when you finish third.”