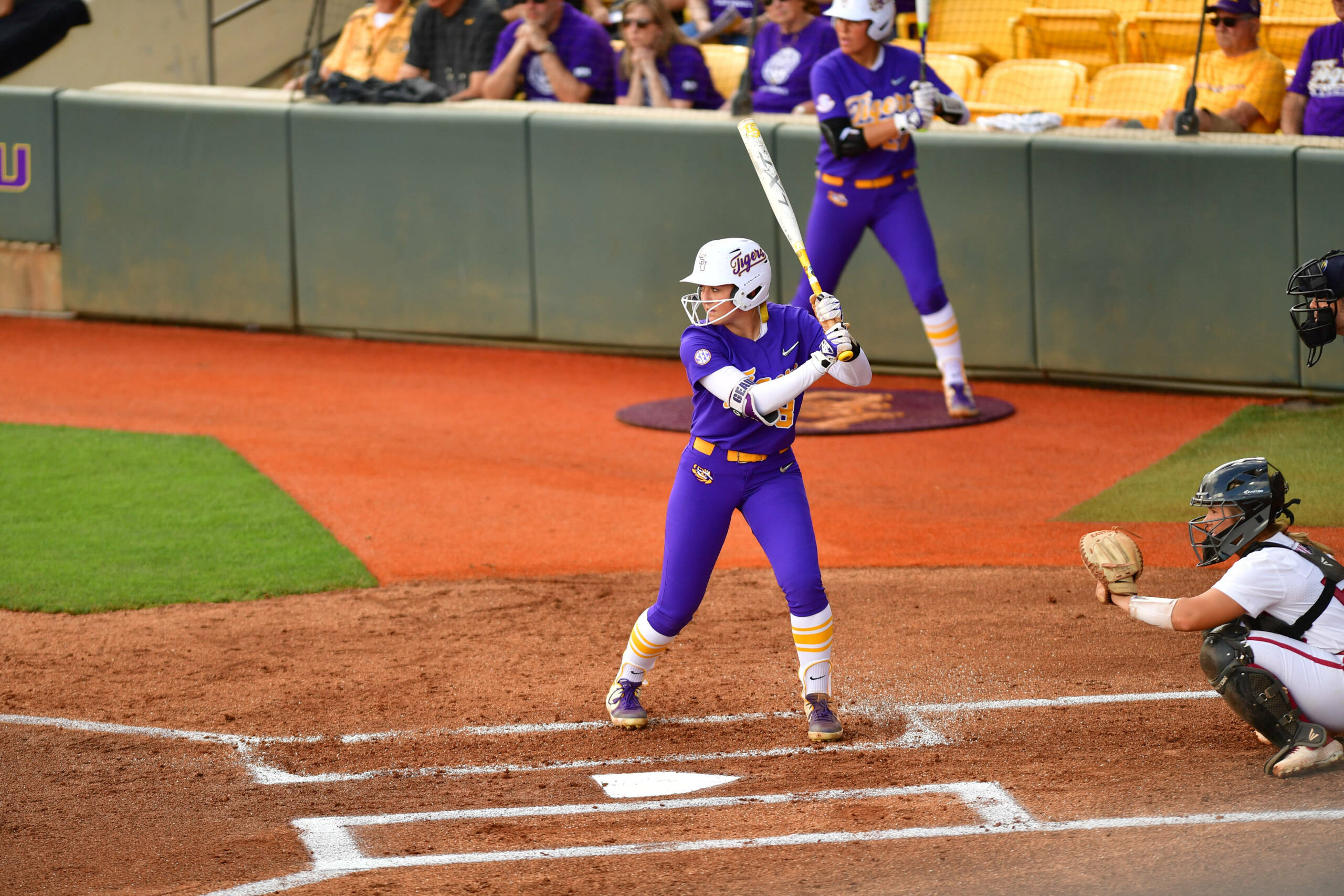 Alabama scored three runs in the top of the second to give them a 3-0 lead on LSU. They scored another run in the third with a homer to right center. The Tigers held-off the Alabama bats in the fourth with a double play and a strikeout from Shelby Wickersham to end the top half of the inning.

The Tiger bats came to life in the bottom of the fourth, starting with a single to left center from Savannah Stewart. Amanda Sanchez stepped up to the plate next and singled to center field, followed by a single to left center from Shelbi Sunseri. With one out and the bases loaded, Amanda Doyle hit a sacrifice fly to left field, to score Stewart. At the end of the inning, Alabama led 4-1.

In the top of the fifth, Alabama had runners at first and second when Amanda Sanchez threw the batter out at first, and the runner at third was thrown out at home by Doyle. The top of the inning ended with a ground out to Shelby Wickersham in the circle.

Amber Serrett doubled to left center to start off the home half of the fifth. Aliyah Andrews then grounded out to shortstop, allowing Serrett to advance to third. Stewart singled to left field to score Serrett, bringing the score to 4-2.

To start off the bottom of the sixth, Shemiah Sanchez hit a bomb to left center and recorded her 17th home run on the season to bring the score to 4-3. The next three Tigers went down in order. LSU continued to hold off the Alabama bats in the top of the seventh, but the Tigers fell short in the bottom of the inning.

Maribeth Gorsuch gets the loss in the circle and falls to 11-3 on the year. Shelby Wickersham came in to pitch in the top of the second. She finished with four strikeouts and allowed only one run on three hits.

On her thoughts on how the team fought back…

“I like the fight our team showed. They fought better than they have in a couple weeks. The crowd was awesome tonight, they were in every play. Pretty soon everyone is going to be 0-0. While we would like to have this one back, we know there is a big future in front of us and a big opportunity in front of us. I think that has to be the message; we still have an opportunity moving forward.”

The Tigers take on Alabama in the series finale Sunday at 1 p.m. at Tiger Park. We will be honoring seniors Shemiah Sanchez, Michaela Schlattman, Sydney Bourg and manager Claire Ramirez before the game.