Vasilyuk Clinches Match as LSU Advances to Round of 32 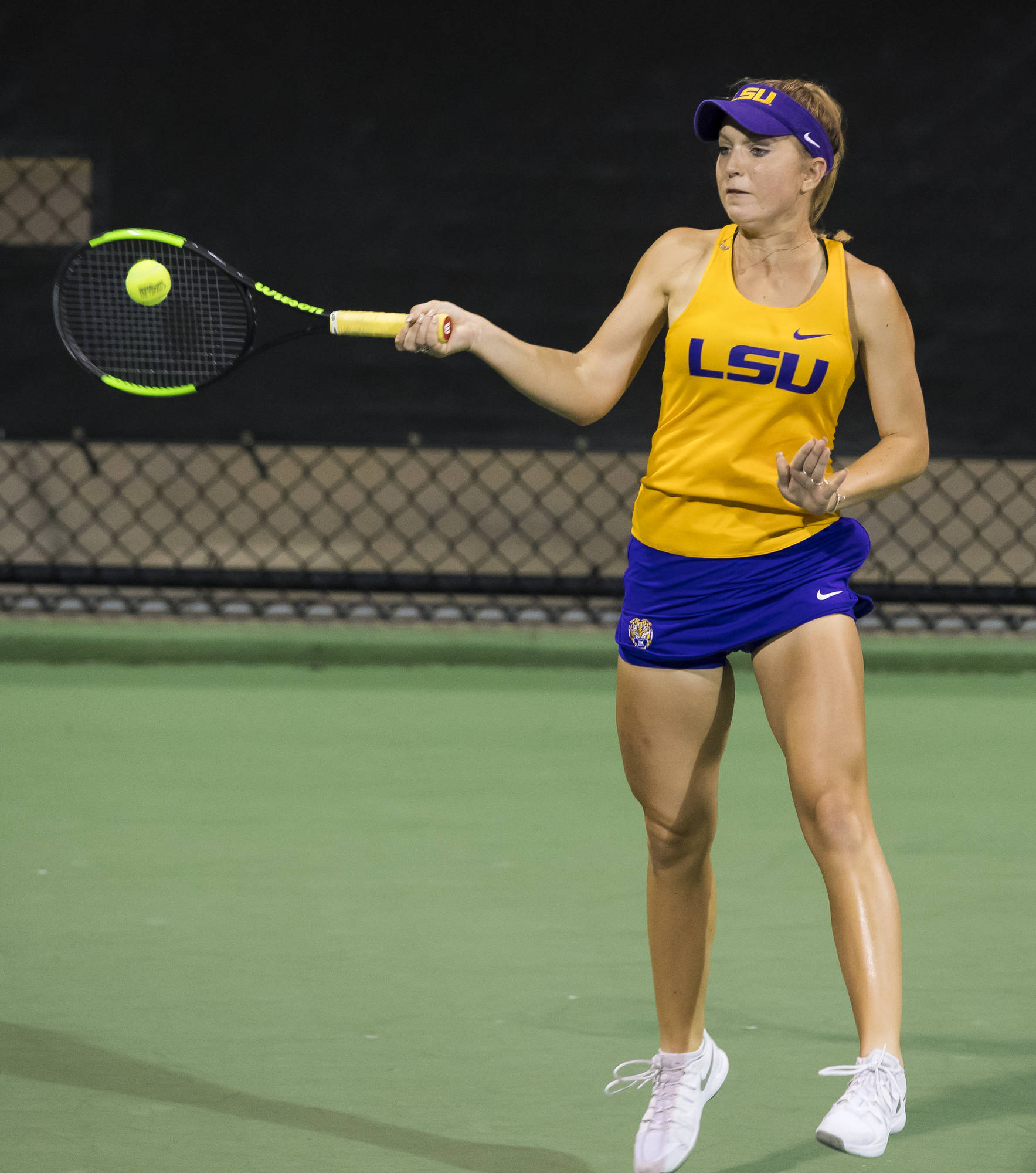 LOS ANGELES, Calif – Sophomore Luba Vasilyuk earned the deciding point as the LSU women’s tennis team advanced to the next round of the NCAA Tournament when the Tigers defeated San Diego by a score of 4-2 on Saturday at the Los Angeles Tennis Center.

“A tremendous start in doubles,” co-head coach Michael Sell said. “We were aggressive and dominant in all courts. Credit to San Diego for coming out strong in singles but we’re happy with how we sustained our leads and continued to play with Tiger spirit. We are excited to advance and potentially get a shot at UCLA, one of the best teams in the country.”

The Tigers earned the doubles point with wins at the No. 2 and No. 3

Junior Paris Corley and freshman Anna Loughlan were the first off the doubles courts as they defeated Daniela Morales and Maria Tyrina 6-1 at the No. 2. With the win, Corley and Loughlan extend their doubles win streak to three.

Sophomore Taylor Bridges and senior Kennan Johnson clinched the doubles point for the Purple and Gold when they were victorious at the No. 3 over Gemma Garcia and Kati Kukaras, by a score of 6-3.

LSU took the first singles point of the match after No. 60-ranked senior Jessica Golovin defeated Garcia in straight sets, 6-4, 6-3, at the No. 2 singles to earn her 17th overall win on the season.

Moments later, Bridges extended the Tigers’ lead to 3-0 after she emerged victorious at the No. 3, defeating Morales in straight sets, 6-4, 6-3. The win was Bridges’ 16th in the dual season, a team-high.

San Diego earned its first point of the match at the No. 1, where No. 58-ranked Solymar Colling defeated No. 12-ranked sophomore Eden Richardson, 6-3, 7-5.

The match-clinching point came from the No. 6 singles. After a strong 6-2 first set win, Vasilyuk grinded out a 7-5 victory in the second set to send the Tigers to the Round of 32 for the third time in the last five seasons.