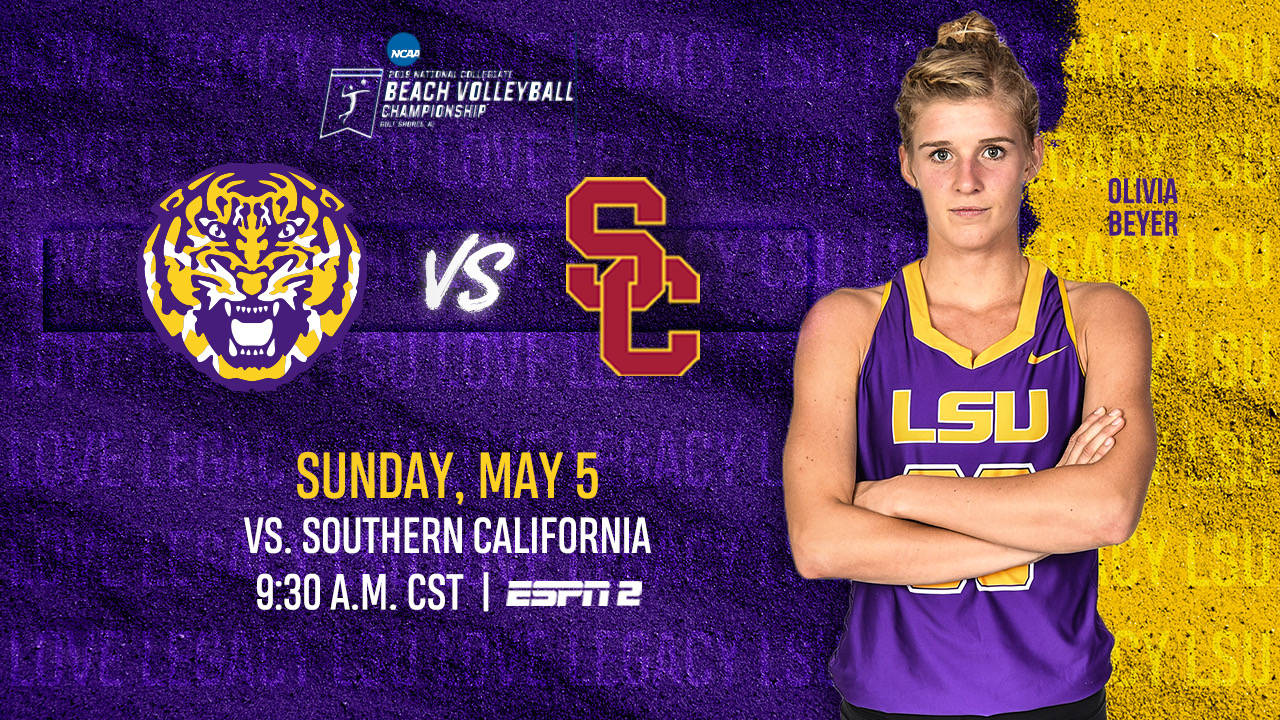 GULF SHORES, Ala. – Despite falling to No. 2 UCLA Saturday morning, 3-0, the No. 5 LSU Beach Volleyball team still remains in the hunt to win the national championship.

UCLA clinched a spot in the championship match with its win over LSU, but the Tigers will have a chance to meet the Bruins again. LSU will face No. 1 USC on Sunday at 9 a.m. CT on ESPN2 with another chance to advance to the championship.

“We have got to find a way to prepare for USC and that’s our mission,” said coach Russell Brock.

The winner will face UCLA in the championship match at 1 p.m. on ESPN.

LSU remains as the only team from the east region in the championship and it’s the first time that the Tigers have advanced to Sunday in Gulf Shores.

“We are so ready to represent LSU tomorrow and show that we belong to be here,” said junior Kristen Nuss.

“We want to come out with more energy and fight to prove that the east can play too,” said junior Claire Coppola, Nuss’s partner on Court 1. “We’re here to win a championship.”

LSU got off to a slow start, dropping the first set on all five courts. The Tigers battled in the second set, but were ultimately swept by the defending national champions.

Olivia Powers and Kelli Agnew were the first LSU pair to fall, dropping Court 2 in straight sets, 21-9 and 21-17. Less than a minute later it was LSU’s Court 3 pair of Toni Rodriguez and Ashlyn Rasnick-Pope that fell, 21-15 and 21-12.

Allison Coens and Hunter Domanski, who earned the clinching court in LSU’s riveting win over Stetson on Friday, ultimately fell on Court 5, 21-8 and 21-18.

Olivia Beyer and Maddie Ligon on Court 4 along with Claire Coppola and Kristen Nuss on Court 1 would go unfinished, but the Tigers themselves still feel like they have something to prove.

“We know we have more fight in us,” said Nuss. “We’re ready for tomorrow and we’re looking forward to it.”

“You’ve got to be the team that comes out and wins the first set and then battles in the second set get to the finish,” said Brock.