Softball Drops Game One Against Alabama, 7-0 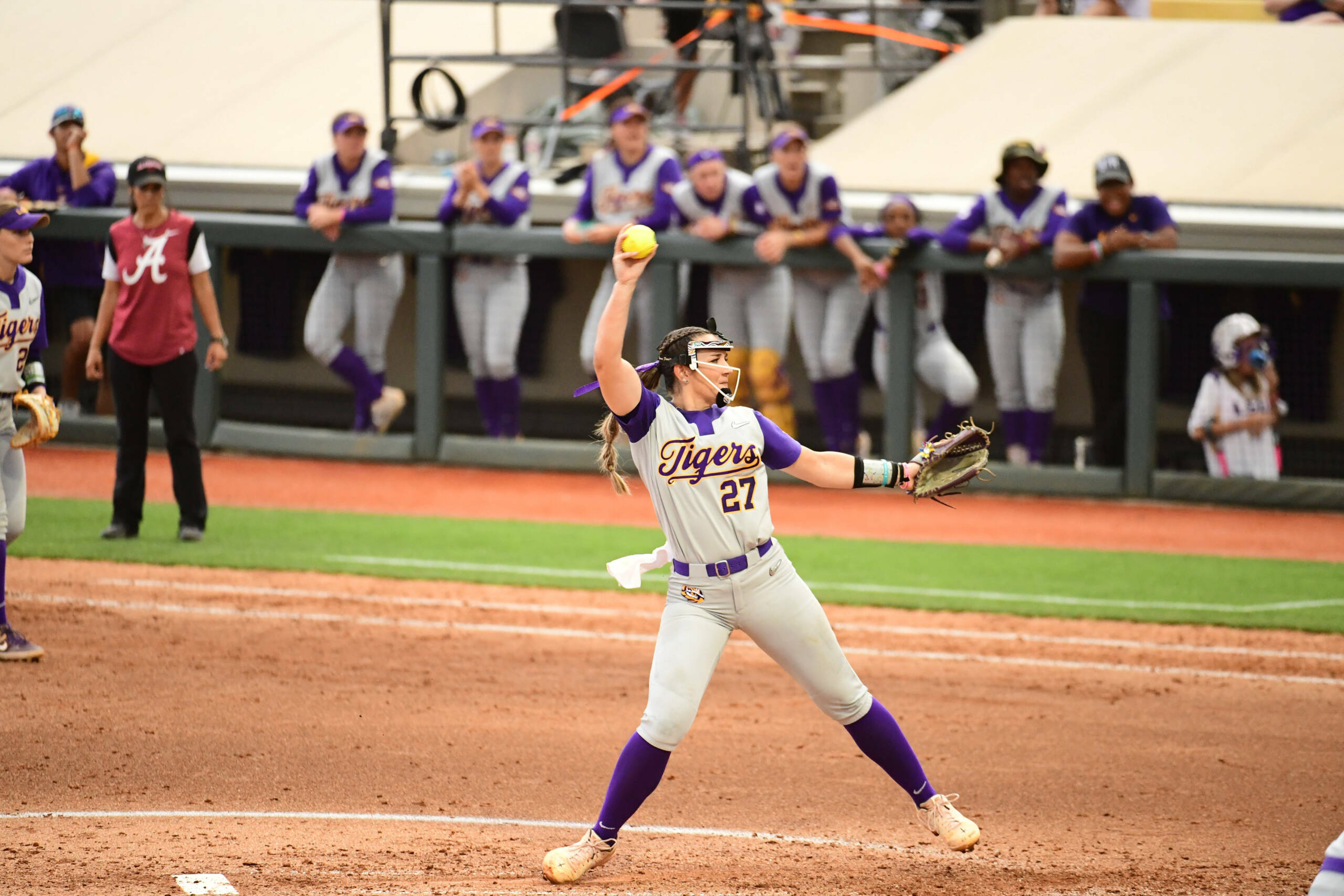 Alabama got on the board first in the top of the first with a homer to left field. LSU had chances to score in the bottom of the inning after Shelbi Sunseri reached on a fielder’s choice, and both Shemiah Sanchez and Elyse Thornhill walked, but the inning ended with a ground out to third.

Elyse Thornhill doubled to right center in the home half of the fourth, and advanced to third when Amanda Doyle grounded out to second. The next two Tigers went down in order.

In the bottom of the fifth, Savannah Stewart hit a double down the left field line to start off the inning, but a ground out to third from Aliyah Andrews and a double play ended the inning.

Sunseri held Alabama to only four hits through six innings. In the top of the seventh, Alabama scored six runs to give them a 7-0 lead on the Tigers. Sophomore Kara Goff came in to relieve Sunseri, and the inning ended with a fly out to Andrews in center field.

Shelbi Sunseri gets the loss in the circle. She allowed seven runs, five earned. She is now 12-6 on the year.

“They did some good things. We had some leadoff runners on. I feel like we need to be more productive and make sure we try to move them up to put them into scoring position. Once you’re there you’ve got to have the timely hit and we didn’t get it.”

“She (Shelbi Sunseri) did a good job. I thought she did a really nice job handling their offense and I think if we scored in the sixth inning it’s a really different feel for her going out there.”

The Tigers continue on to game two of the three-game series against Alabama on Saturday at Tiger Park. The game will start at 5 p.m. and will air live on SEC Network.