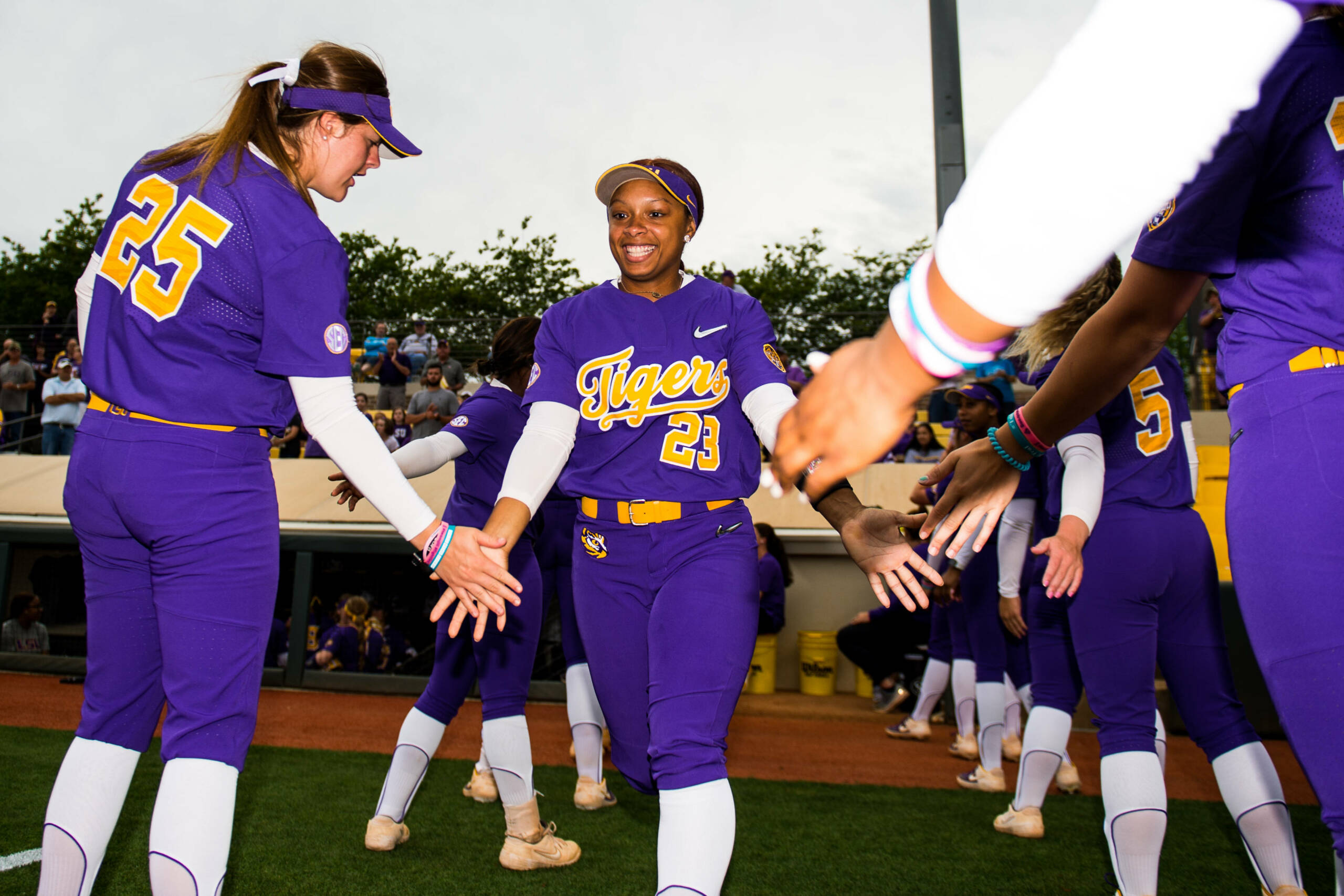 It’s almost not fair to the pitcher, when you really think about it.

When she toes the rubber and spots Shemiah Sanchez standing 43 feet away from her, wielding a composite bat and a steel glaze, she must feel some sense of helplessness.

What could she possibly throw at Sanchez that she hasn’t already seen?

It’s Sanchez’s fight and competitiveness – even more than her team-high 16 homers, two shy of the program’s single-season individual record – that serve as her identifying traits. No Tiger fits the team’s 2019 theme – “Fight All the Way” – quite like the power-hitting senior.

When Sanchez was a 14-year-old travel ball star, she began suffering from chronic joint pain and pounding headaches. After two months, doctors told her two things: she had lupus, and she would never play softball again.

SINCE THE DIAGNOSIS, Sanchez has fought lupus – an autoimmune disease that causes one’s body to attack its own tissues and organs – without giving up the sport she loves. She left East Coweta High School in Newnan, Ga. as a two-time All-State performer and the holder of 15 school records. Her senior season, Sanchez earned Times-Herald Player of the Year honors, hitting .463 with 12 home runs.

But her freshman year at LSU was a battle, on and off the field. She played just 19 games, hitting .276 and collecting just eight hits – none of which cleared the fences.

College is a difficult adjustment for even the most talented athletes. But when that adjustment gets complicated with a disease that takes such a physical toll on its bearer, it’s almost impossible.

“Her freshman year, the lupus was so tough on her,” Torina says. “She didn’t understand how to control it.”

As the year progressed, Torina and Sanchez slowly learned how to manage the disease together. At first, neither could figure out which days demanded more rest and which days were good for work. But the more time they spent together, the more Torina began to understand the difference.

Most importantly, Sanchez learned the difference – when to push herself, and, just as vitally, when not to.

“I think it’s key we recognize what she’s going through,” Torina says. “I can tell when it’s a good day or a bad day for her. It’s just recognizing the bad days and communicating with her, understanding she’s not going to be the same as everyone else. She has some different limitations and challenges.

“Communication between she and I took a little time. Now it’s almost the point I don’t have to ask, because I know where she’s at every day.”

“We always talk around here about, you can’t control what events are going to happen, but you can control your responses to the events,” Sanchez says.

The shift in her mindset led to a shift in her play. After hitting just two homers as a sophomore in 59 starts, Sanchez emerged as a power threat during her junior season. She hit seven home runs in 2018, none bigger than a game-tying grand slam against Florida State in the super regionals.

“We were down, the energy was low,” Sanchez remembers. “You could feel that lost hope. Hitting that grand slam to tie it up gave my team some hope.”

SHE’S BEEN GIVING her lineup confidence ever since, a mainstay in the heart of a record-breaking lineup in 2019. Sanchez’s 16 dingers are the most for a team that already holds the single-season school record for homers in a season, and two more will tie her atop the individual record with Bianka Bell.

Part of that is a revamped approach that has the entire lineup swinging with more authority this season, but most of it is Sanchez’s hard work, buy-in, and determination.

“I’m not surprised,” she says of her senior season power surge. “I put in the work. I’ve worked so hard, trying to get my swing right. I had to add a little bit more power, losing those powerhouses from the past, like Sahvanna Jaquish and Bianka Bell. I think learning from them helped, as well.”

Even more vital than the quantity of Sanchez’s home runs are the quality. Eight have either tied or given LSU the lead, including game-winners in back-to-back series against Mississippi State and Kentucky in April.

We take a 5-3 lead on Sanchez’s third home run of the weekend and 13th on the year!

“She’s so tough in the box, and she brings that toughness to the whole team,” Torina says. “She makes them so confident because of her approach. She will get out, walk back in the dugout, and tell the entire team, ‘That’s not going to happen again.’ Or, ‘I’ve been waiting to see this pitcher, I wanted another shot at her.’

“She always takes that tough mindset, and that helps the entire team, 1 through 9, be better, be tougher. It’s a mentality you want from a kid hitting in the middle of your lineup in those tough situations.”

Pressure seems to bring out the best in Sanchez. If it seems impossible to get her out in big moments, it might just be because she’s overcome obstacles far tougher than a fastball on the corner or a breaking ball in the dirt.

“There’s a lot of days, she has to fight through stuff we can’t even understand,” Torina says. “She’s fighting a different battle daily. When she gets in the box, it’s pretty easy for her. It’s a game. It’s softball. It’s not life.”

Life’s tossed far tougher tasks her way. She’s fought them all – and knocked them over a few fences, too.

“I’ve never let that disease defeat me,” Sanchez says. “I try to have a good day. Despite what I’m feeling or what it looks like, I know my day is going to be good.”