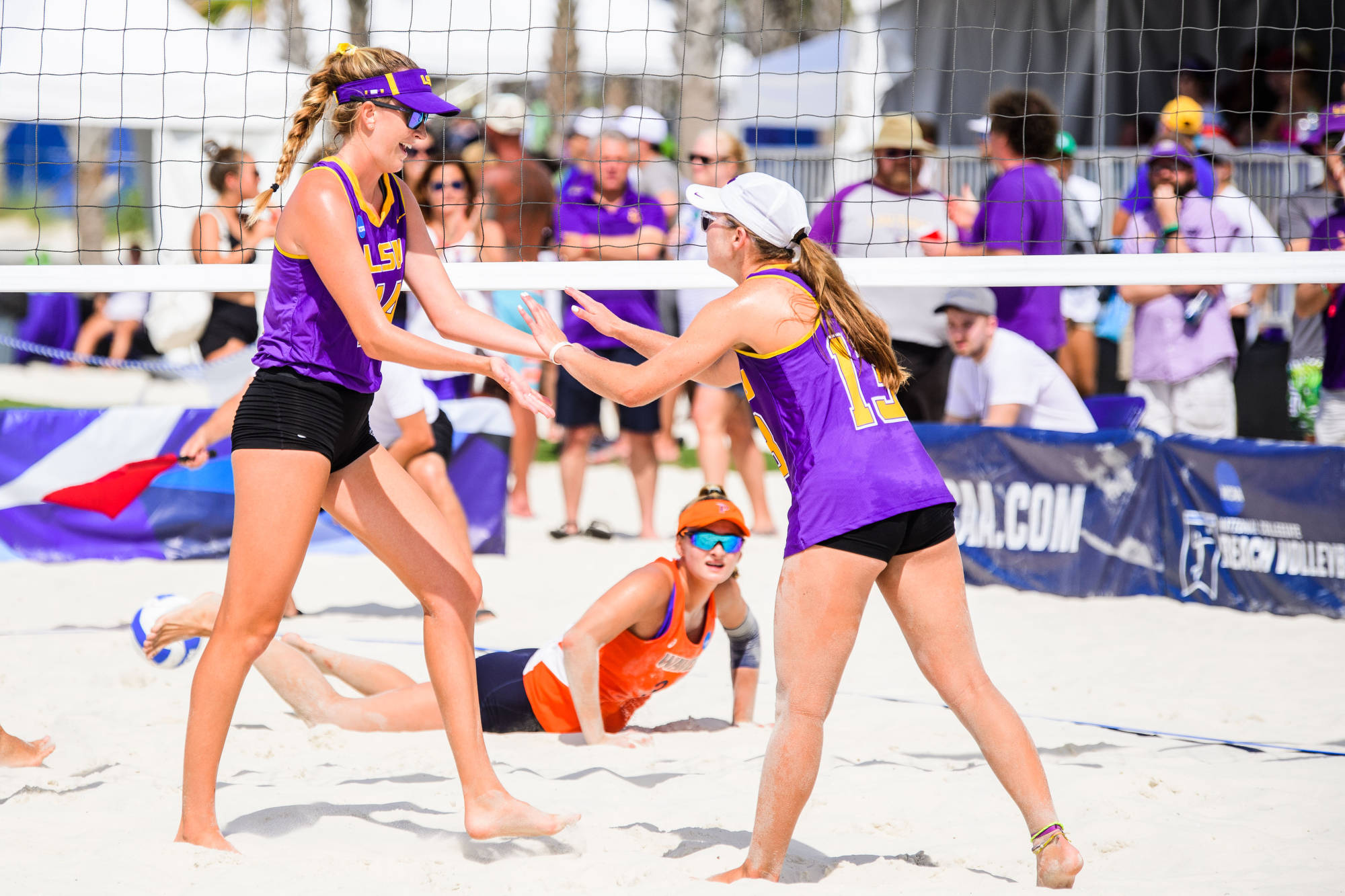 GULF SHORES, Ala. – For the first time in program history, the No. 5 LSU Beach Volleyball team won its opening round matchup at the NCAA Championship, defeating No. 4 Pepperdine, 3-0, Friday morning, to advance to the winner’s bracket.

This is the third straight season that the Tigers have been invited to the NCAA Championship, but LSU dropped its opening duels in 2017 and 2018. Both years, the Tigers would go into to win their second match of the opening day of the event which is a double-elimination format.

“We come into the sand every time we play with the expectation on winning,” said coach Russell Brock. “Our job is to be efficient enough to get out as fast as possible and a 3-0 win is about as quick as you could do it.”

In the first match of the day at Gulf Shores, the No. 8 seed Stetson shocked the world, defeating No. 1 USC. It is the first time in the history of the NCAA Championship that an eight seed has defeated the No. 1 seed.

“It our job as teams from the east to make a point about how good we really are,” said Brock. “That doesn’t come from talking about it. It comes from playing on the courts.”

“The east is coming out and showing up,” said senior Maddie Ligon.

USC and Pepperdine will face eliminations when they meet up at 1 p.m. CT.

LSU will matchup with Stetson later on Friday at 3 p.m. CT on ESPNU. The Tigers defeated the Hatters in Miami on March 29, 3-2. The winner will advance to the NCAA Championship semi-finals.

“We’re going to treat them like we’d be playing any other team,” added senior Olivia Beyer who is paired up with Ligon on Court 4.

To advance in the winner’s bracket LSU had to defeat a separate team from the west, Pepperdine, who the Tigers had defeated back in early March.

The clinching point came from Maddie Ligon and Olivia Beyer. The LSU duo battled into extra points in the first set, but ultimately came away with the win, 27-25. In the second set, Beyer and Ligon would clinch for the Tigers, 21-19.

“It’s such a blessing to play with someone that I have so much fun playing with,” said Ligon.

Kelli Agnew and Olivia Powers on Court 2 along with Ashlyn Rasnick-Pope and Toni Rodriguez on Court 3 took their first sets as well, but Court 1, 4 and 5 would finish up before them to finish the duel.

“We need to go out there confident and play one point at a time,” said Beyer. “That’s our motto.”