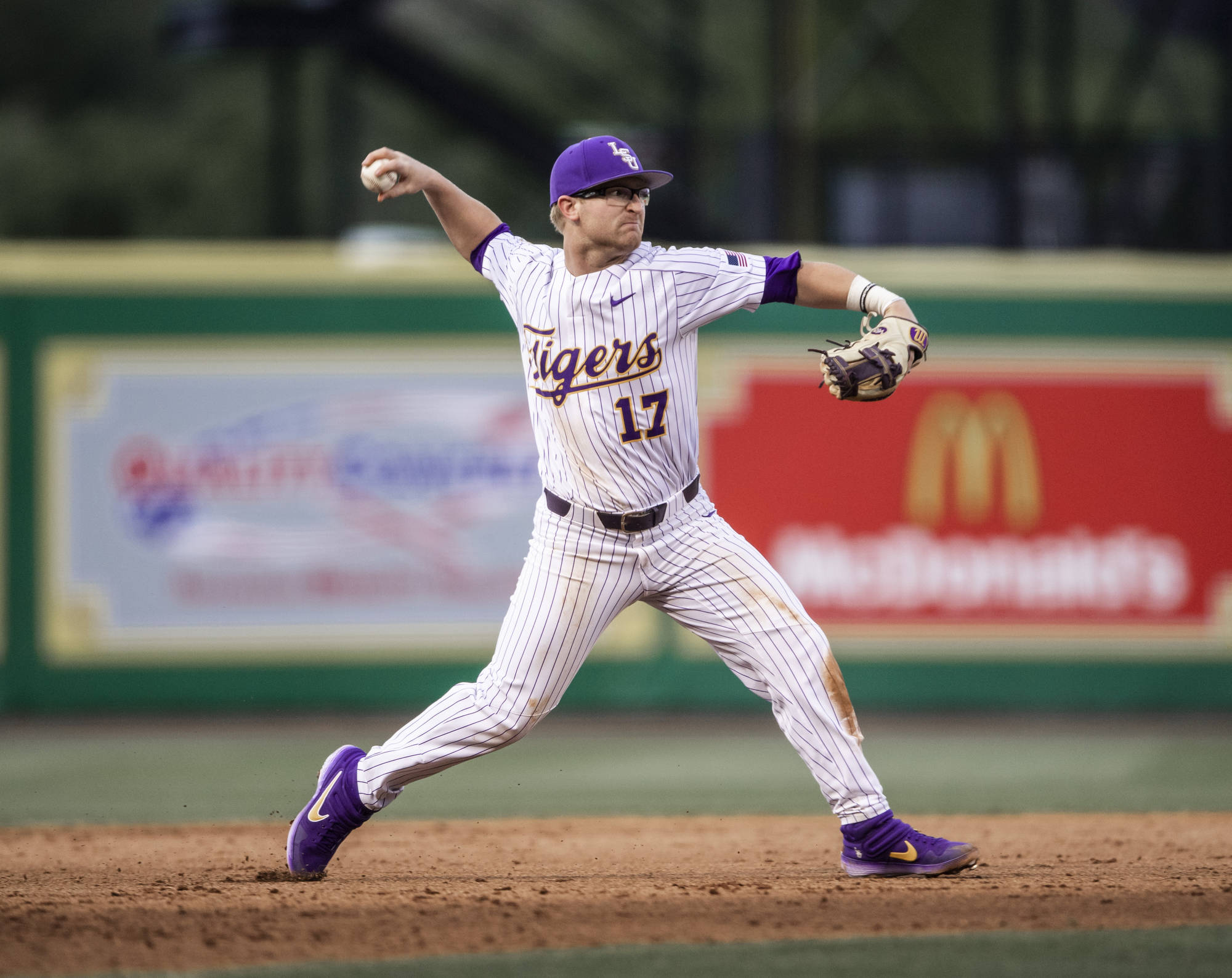 Hundreds of fans line up in Alex Box Stadium, Skip Bertman Field, waiting for members of the LSU baseball team to file out of the locker room after each home game, searching for autographs, a picture or a quick conversation with the guys.

After passing through the throng of fans, there’s always one player surrounded by tiny Tiger fans, many wearing his No. 17, aspiring to be like their local Baton Rouge hero, Chris Reid.

Chris Reid understands it. He was that kid that wanted to talk to the players, get their autographs and hoped to don the Purple and Gold like them one day.

“I can’t even begin to tell you how many times I went up to the Old Alex Box, looking through the bars on the gates, trying to get in,” Reid explained. “I would wait outside, thinking the guys who played at LSU were the coolest things ever.”

First it was J.C. Holt. Then it was Jon Zeringue. The next was Clay Harris.

Reid idolized those three men who played for LSU from 2002-05, but now, he’s the guy that the kids look up to.

Maybe it’s because he’s defied the odds time after time. Maybe it’s his ability to not know a stranger, but it’s probably a combination of the two that has made him a fan favorite over the past four years at LSU.

The first scholarship student-athlete to play baseball and come out of St. Michael High School in Baton Rouge, Reid did not have an easy path to follow. He had to create his own with some stumbles along the way.

The best way to describe 2016 Reid is an acquired taste. Reid went into the locker room on the first day like he had been around for years.

“I’m loud and boisterous,” Reid said. “I may not know you, but I’ll talk to you like you’ve been around my entire life. Those classes ahead of us didn’t like that personality right off the bat. They wanted to get to know you better and see what you were about before you were one of the guys.”

He would talk the veterans’ ears off instead of watching and taking a backseat, but the latter isn’t Reid. He’s a go-getter.

When he was thrust into starting at third base during the 2016 season, he was ready, almost too ready. The third baseman tended to look at the man to his left, Kramer Robertson, and talk to him throughout the entire game, giving instructions on what to do next.

“Calm down. We know what to do,” Robertson would deadpan back to Reid, causing him to stop chatting for at best one pitch.

By the time his 39th career start came around, Reid was adored by the team and was an unlikely hero in an SEC Tournament second-round game one late May night in the Hoover Met.

LSU was facing Florida for the fourth time in seven days, and the game was tied at three runs in the 11th inning.

Florida led off the inning by drawing back-to-back walks. Then, Reid thought. “OK, the catcher is going to drop a bunt.”

Sure enough, he did, and LSU pitcher Jesse Stallings charged after the bunt.

“This is not good, and it’s definitely not going to be good when we have to go back into the dugout,” Reid thought to himself, knowing he had no option but to run back to third where Stallings was going to throw, trying to get the lead runner.

Every Gator was safe and in came the five-man infield.

“I’ve never seen this work,” the thought swirled through Reid’s mind before Stallings induced a popup to second for the first out.

Next up, Florida second baseman Deacon Liput. He clubbed the second pitch he saw right back to Reid, who dove back to third, touching the bag and the runner’s hand to ensure the unassisted double play.

The Tigers were out of the inning, and Reid was the hero as LSU went on to score two runs in the 14th inning to take the five-hour game — the longest game in SEC Tournament history — 5-3 at 1:48 a.m.

He was the second-leading hitter in SEC games on the year, batting .337 in conference action, but then played as a back-up for the majority of the 2017 and 2018 seasons.

Reid was the heart and soul of those teams, always bringing the personality to the locker room every day, a critical hype-man, before having a role back at third base in 2019.

Chris Reid is the glue guy. There’s something about the bespectacled third baseman who is not fleet of foot, alerting the guys behind him in the batting order that the pitcher was throwing “about a ball and a half” off the plate.

That something is what defines him and is what makes Chris Reid the definition of an LSU baseball player.