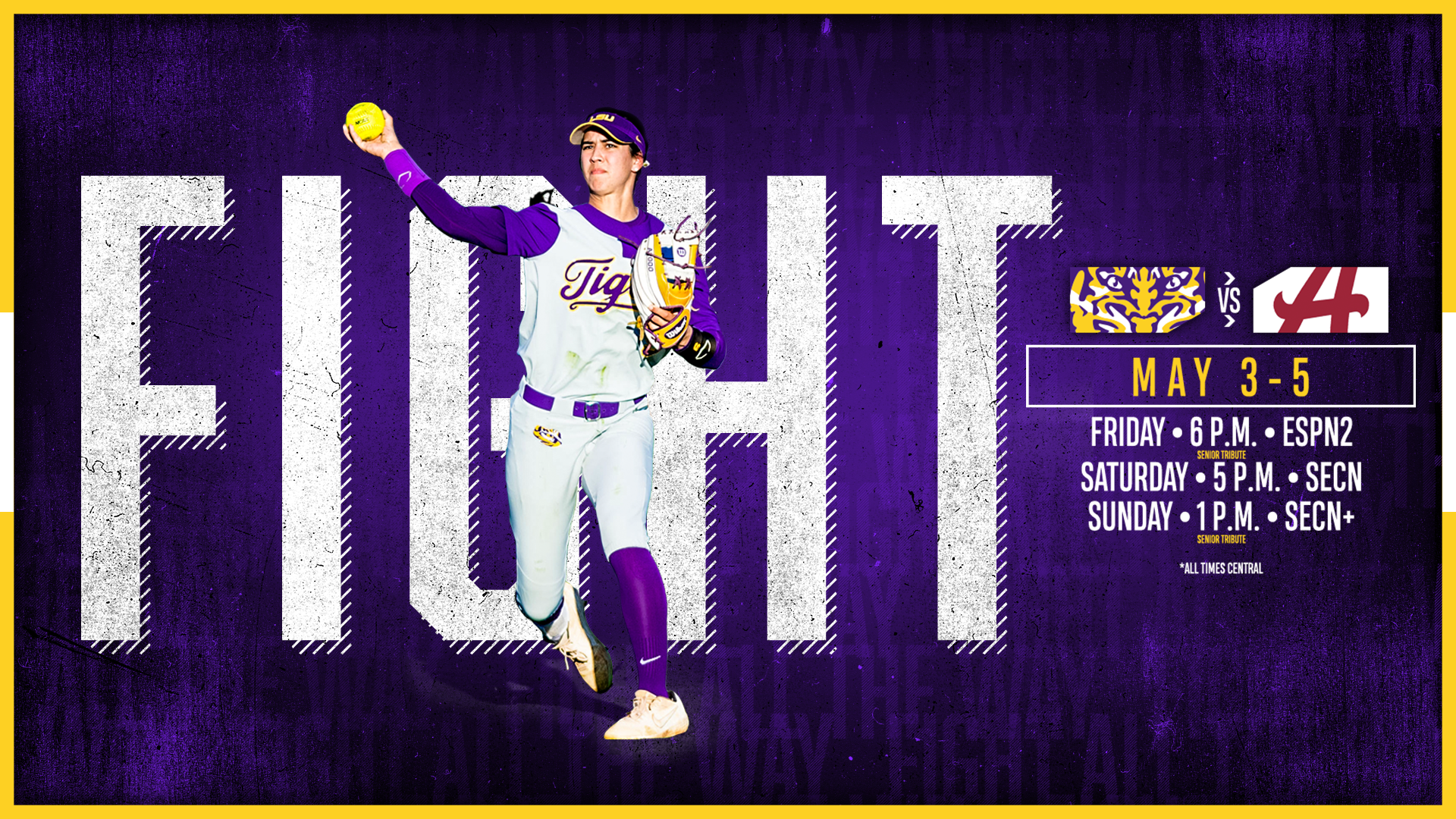 It’s a big weekend in Tiger Park as the team will celebrate the six seniors. The pregame ceremonies will be split between Friday and Sunday. Friday’s lineup will be Elyse Thornhill, Amber Serrett and Amanda Sanchez, while Sunday’s lineup will feature Michaela Schlattman, Sydney Bourg and

All games are completely sold out. Fans can show up at the Tiger Park ticket office to see if any tickets become available on game day.

About the Tigers
LSU goes into the weekend in second place behind Alabama. With a sweep, the Tigers would be outright SEC Champions. If the Tigers take two of three and Ole Miss takes one from Georgia, the Tigers and Alabama would be SEC Co-Champions.

Amanda Sanchez continues to lead the Tigers with a .411 batting average. She owns 16 doubles and eight home runs for 52 RBI. Aliyah Andrews has stolen 44 bases this season, which is just one shy from tying the single-season record. Shelbi Sunseri and Shemiah Sanchez have almost combined for half of LSU’s home runs, with 15 and 16 respectively.

In the circle, Sunseri leads the Tigers with a 2.02 ERA and is 12-5 on the year with five shutouts. In 100.1 innings, she had struck out 73 and holds her opponents to a .207 average. Shelby Wickersham and Maribeth Gorsuch each have at least 10 wins on the year and combine for 10 shutouts. As a staff, they own a 2.46 ERA with an opposing batting average of .211.

Torina’s Thoughts
“It’s an exciting weekend, but we have to make sure that we are tuning out the noise and focusing on just us and LSU softball. We’ve played every game all year one pitch at a time.”

“Alabama is good on all sides of the ball. They can pitch, hit for power and can run. They really have the complete package. We’re going to have to play really good softball, our best softball, which is what you have to do in the SEC every weekend.”

Scouting the Opposition
Alabama
Alabama goes into the weekend with a 47-6 overall record and are 15-6 at the top of the SEC. The Crimson Tide is hitting .294 on the year with Bailey Hemphill leading the way at .372. She has tallied 55 with 21 home runs and 65 RBI. The Crimson Tide has five players in double-digit stolen bases with Elissa Brown leading the way with 40.

What’s On Deck
The Tigers will compete in the SEC Tournament next week in College Station, Texas. They await their opponent following the outcomes of this weekend’s games.