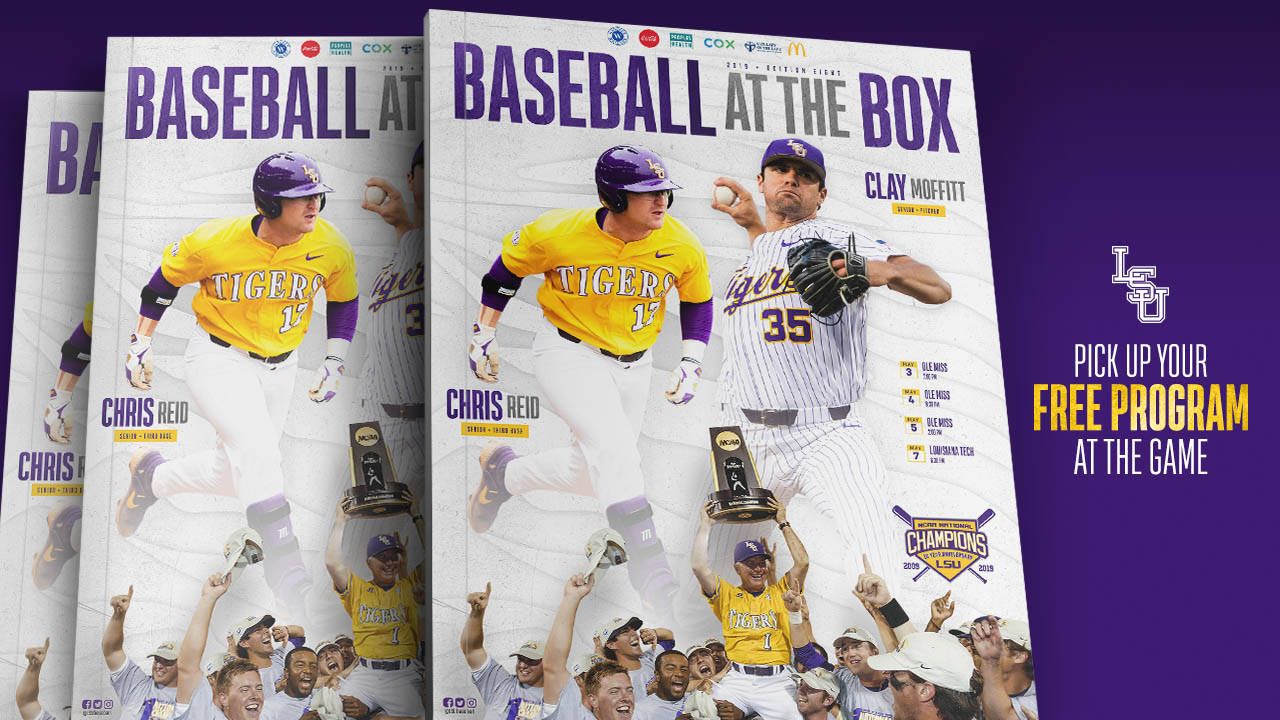 “A long time ago I bought into what you say to one person, how you treat one person or what you teach one person can have an effect the will last a long time,” Moffitt explained. “I have always tried to treat baseball like the game is bigger than myself. My reason for playing is not just for me. I play for all the kids that can’t play.”

The pitcher found his inspiration to play for others at a camp in Pollock, La. He volunteered to work at the Muscular Dystrophy Association’s Camp Starlite before his redshirt sophomore season at LSU-Eunice. It is at this camp where he met Wood, a teenager who has muscular dystrophy.

“It was four months after my two knee surgeries so my knees were killing me, but I had already signed up to go,” Moffitt said. “At the camp, we do things for the kids they had never done before. It sounds crazy but we will jump off a diving board with them, or go horseback riding or play a football game with them. We are basically their arms and legs for the week.”
Moffitt’s first impression with George is something he said he will never forget.

“George goes ‘You play at LSU? I’ve never heard of you,’” Moffitt recalled. “I said ‘No, actually I play at LSU-E, it’s a junior college in Eunice.’ He said ‘Oh, so you’re just not good enough to play at LSU?’ That’s the first thing George Wood ever said to me.

“If you know George, he didn’t mean it in a mean way, he’s the nicest kid ever,” Moffitt continued. “He’s just brutally honest. I’ll never forget that. It hit me and it made me want to be better. It also made me want to play the game for George.”

Wood and Moffitt are still close friends. The two hang out together frequently so Moffitt is close with Wood’s family as well.

The experience as a camp volunteer showed Moffitt that it is easy to take the simple things in life for granted. Muscular dystrophy is a disease that attacks muscles, resulting in a loss of all muscle functions. Children with the disease can’t walk, run, jump or do much of anything that requires motor function.

“I went into (camp) with my knees hurting and thinking about myself but I transformed into the idea that this is nothing,” Moffitt said. “My knees hurt but there are kids out here who have never scraped their knee before or they have never thrown a baseball through a window. The things you get in trouble for, like riding your bike out too late, are something they never got to experience.”
Discussing his decision to play for Wood, who is now 17 years old, Moffitt said it is important to play for selfless reasons.

“The biggest thing I preach is you have to play for something bigger than yourself,” Moffitt said. “My dad always told me growing up ‘You are either out playing for something or you’re just out there.’ If I play for me being hurt, I thought that was self-centered. So I had to find something that would make me a better baseball player, but also a better person.”

Moffitt embraces the opportunity to play baseball at LSU. He also enjoys the chance to impact the lives of children who look up to him as a player. That’s not a surprise, it’s just part of the butterfly effect.

“It’s really easy for me to bring the juice,” Moffitt said. “Why would I not be fired up. It fires me up to be able to come out here and play under the Louisiana flag and the American flag and just impact peoples’ lives. I get to talk to kids after the game when we sign autographs and give them encouragement. You have to take advantage of that and impact those kids in a positive way.”