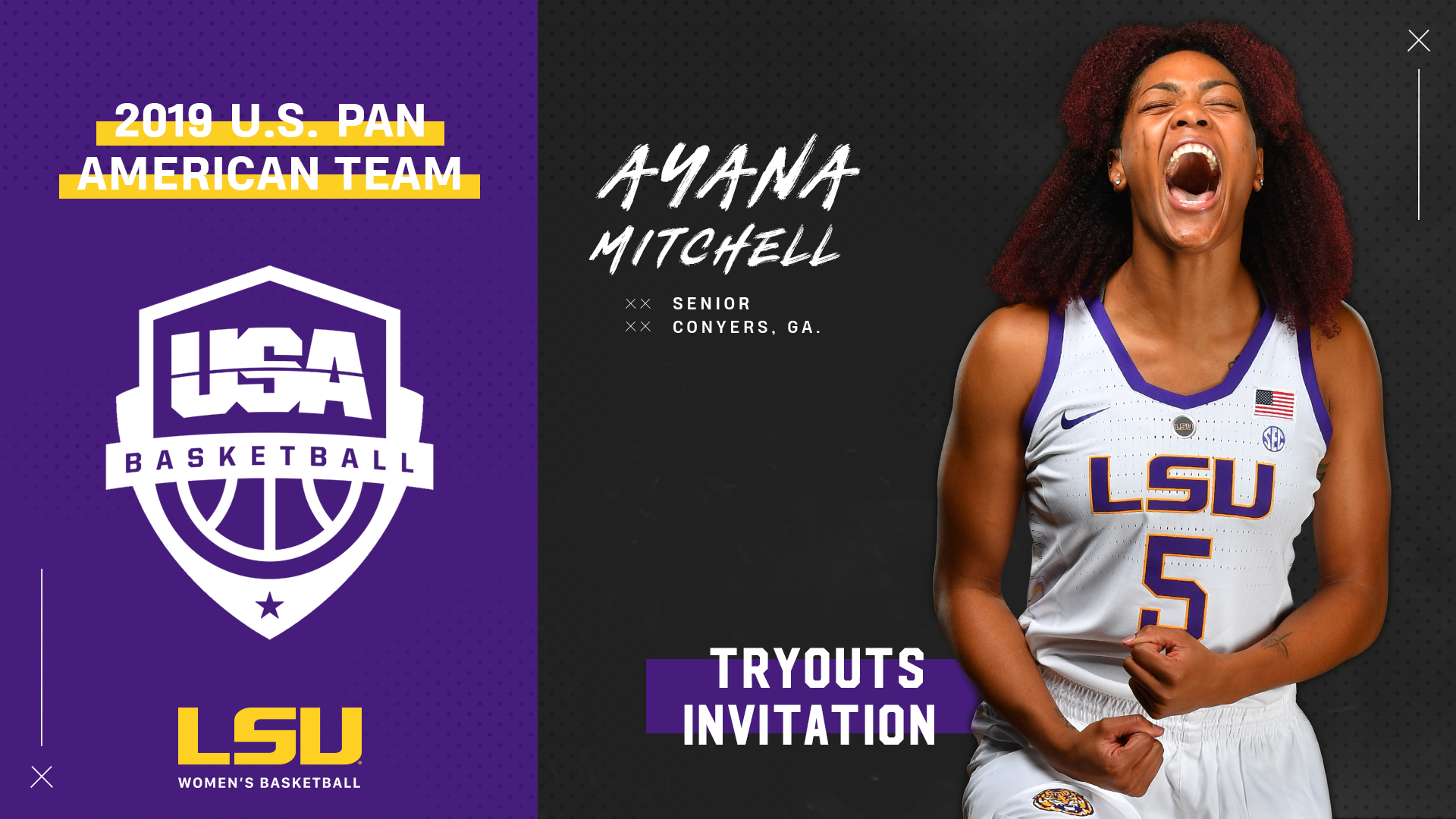 “The excitement is unreal and a feeling I haven’t felt in a long time,” Mitchell said about the invitation. “It is an honor and truly a blessing to just be invited. The training that I am putting in now has kind of calmed the excitement feeling because I’m in grind mode. But I think when I board the plane for Colorado the excitement will take over again.”

The trials will determine the 12-member team to represent the United States at the 2019 Pan American Games on August 6-10 in Lima, Peru. Training camp for the Games will take place in Colorado Springs, from July 23-August 5. Among the 39 athletes expected to take part in the trials, Mitchell is one of 15 making their first USA Basketball trials appearance and one of six invitees representing the Southeastern Conference.

“This is an amazing opportunity for Ayana,” said LSU head coach Nikki Fargas, herself a gold medal USA Basketball coach in 2012 and 2013. “LSU has a rich history with USA Basketball teams and we are excited for Ayana to represent not only LSU, but Team USA as well.”

Started in 1955 for women, the Pan American Games are held every four years in the year preceding the Olympics. It is a multi-sport competition open to men (started in 1951) and women representing countries from North, South and Central America and the Caribbean. A full listing of Pan Am Games invitees is available at USABasketball.com.