Gymnastics is BASF Team of the Month 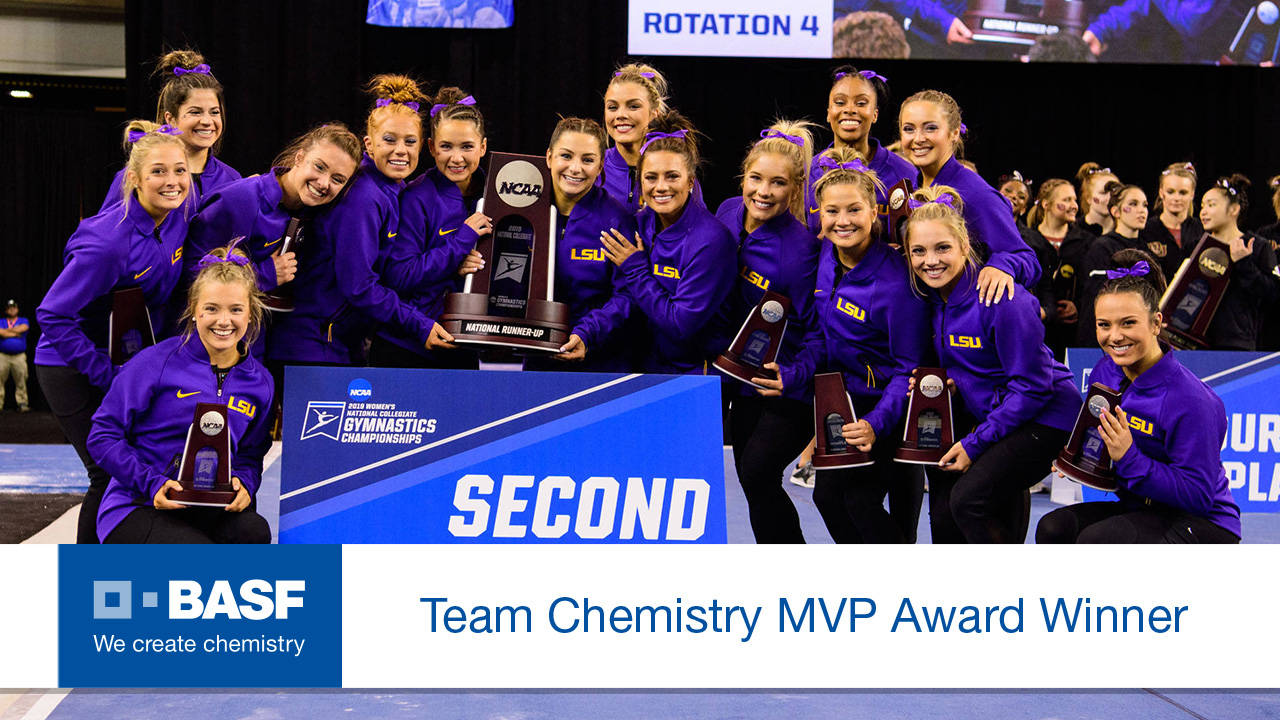 Baton Rouge, La. – Coming off the best finish in school history at the NCAA Championships, the LSU gymnastics team has been named the BASF Team of the Month for April.

LSU began the month of April by winning the NCAA Baton Rouge Regional with a team score of 197.500 to advance to the NCAA Championships for the 30th time in program history. Sarah Finnegan, Lexie Priessman, McKenna Kelley, and Julianna Cannamela closed out their careers at the Maravich Center with 7,819 fans cheering them on at the Baton Rouge Regional.

The Tigers headed to the NCAA Championships hosted in Fort Worth, Texas, with aspirations of advancing to the inaugural Four on the Floor, and just that they did. Led by individual national titles from Sarah Finnegan (bars) and Kennedi Edney (vault), the Tigers advance to Four on the Floor with a team score of 197.5125. LSU advanced out of their semifinal with wins over Michigan and Utah; those two wins gave head coach D-D Breaux 800 for her career. Finnegan scored a 9.95 on her bars routine to win the second bars national title of her career with her first one coming in 2017. Just like Finnegan, it was Edney’s second-career national title as she vaulted her way to a 9.95; her previous national title came in 2017 on vault as well.

LSU used a 197.825 at the Four on the Floor to earn runner-up honors for the best showing in program history. The senior foursome of Finnegan, Kelley, Priessman and Cannamela wrapped up their careers with 126 wins, the three highest finishes at NCAA championships and as three-time SEC champions. Finnegan was the highest all-around performer of the evening with a 39.7625, which was the second highest score in school history. The win in the all-around coupled with wins on the bars and floor only added to the lore of one of the greatest gymnasts in school history. Finnegan finished her career with 95 total titles to rank third all-time in program history; her 49 titles this season is an LSU record for a single season.

Between the NCAA Regionals and NCAA Championships, Finnegan was named the Central Region Gymnast of the Year and she won the prestigious AAI Award, which is handed out to the best senior gymnast each year.