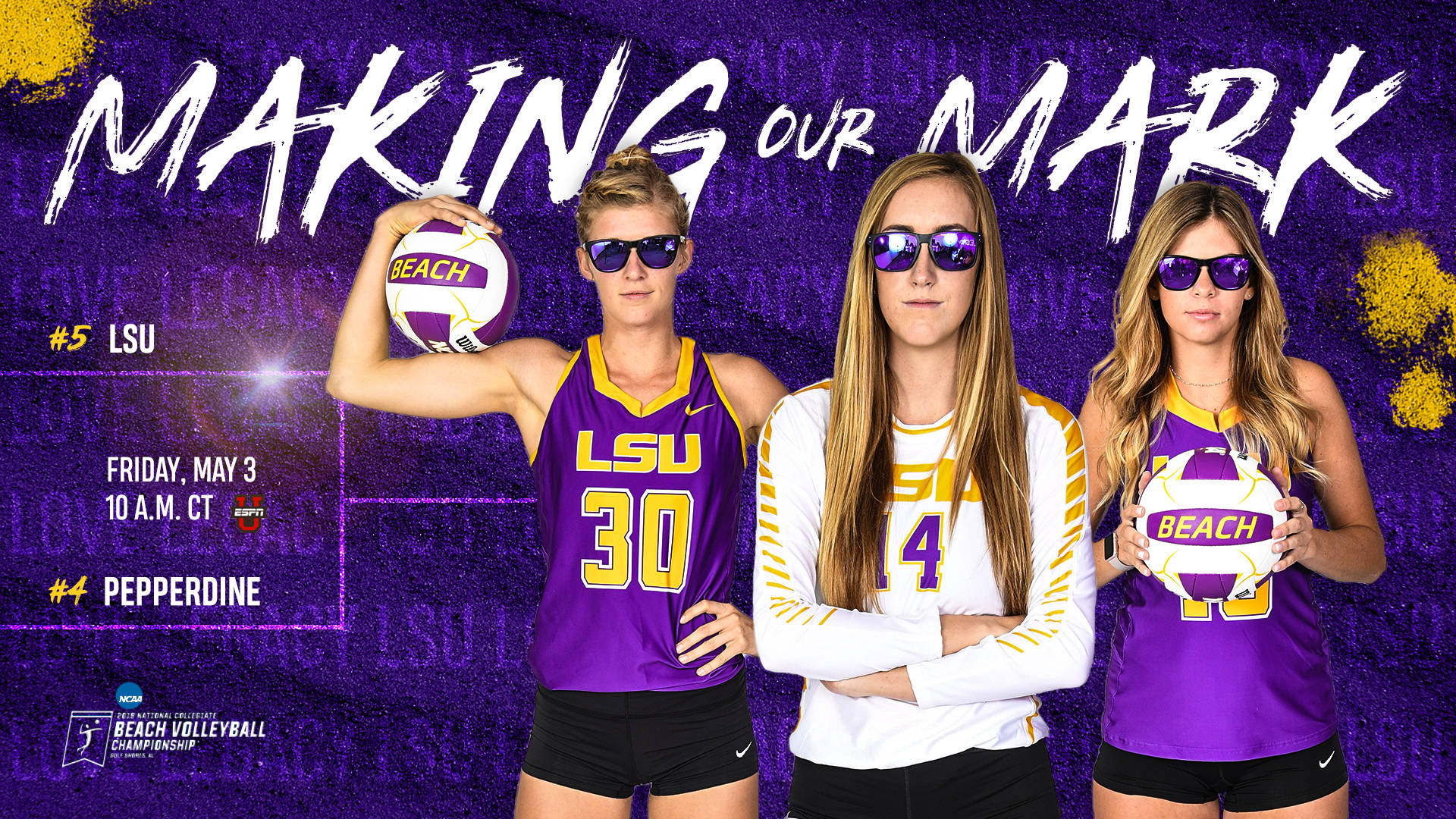 BATON ROUGE – The LSU Beach Volleyball team is set to head to Gulf Shores, Alabama, prepared to compete for the national championship as one of the final eight teams left standing in the country.

“We always want to earn people’s respect,” said coach Russell Brock, “and that attitude is what we will carry into this weekend. We’ve got something to prove.”

“Nationals will be the perfect opportunity for us to play our ‘A’ game,” said freshman Allison Coens who is 21-5 on the season and was named to the CCSA All-Freshman team.

The bracket this weekend will be double elimination and no matter the outcome of LSU’s match against Pepperdine, the Tigers will be back in action later in the afternoon on Friday against either No. 1 USC or No. 8 Stetson.

The winner of LSU-Pepperdine will face the winner of No. 1 USC vs. No. 8 Stetson at 3 p.m. later on Friday. The loser of those two matches will square up in an elimination duel at 1 p.m.

LSU defeated Pepperdine, 3-2, earlier in the season when the two teams met at Manhattan Beach in California. In LSU’s only match against USC this season so far, the Tigers fell to the Trojans at the same event on Manhattan Beach. LSU defeated Stetson in March at the FIU Surf and Turf and proceeded to go on a 16-match win streak.

With at least one win on Friday, the Tigers will advance to Saturday as one of the final six in the sand.

“It’s the biggest stage there is in college beach volleyball,” said junior Olivia Powers. “I think it will elevate our game and our aggression. We have nothing to lose, but everything to prove.”

On Thursday, the Tigers will have an open practice on the competition courts, located at Gulf Place just outside of The Hangout, from 10:45 a.m. to 12:15 p.m. Shortly thereafter, LSU will hold an autograph session for 30 minutes, starting at 1 p.m.

“We get to show who we are,” said Brock. “To have people outside the program understand what we’re about and who we are, I think is always an honor and a privilege to honor LSU and the state of Louisiana well.”

The NCAA Championship will be broadcast by the ESPN family of networks May 3-5 and the championship will take place on ESPN. Sam Gore and Courtney Lyle will provide the play-by-play with USA Beach Volleyball Olympians Holly McPeak and Dain Blanton providing color commentary. Holly Rowe and Dawn Davenport will handle the sideline reporting duties throughout the weekend. The matches will also be streamed through watchESPN with mobile viewing options.