A Look Back at the 2019 Gymnastics Season 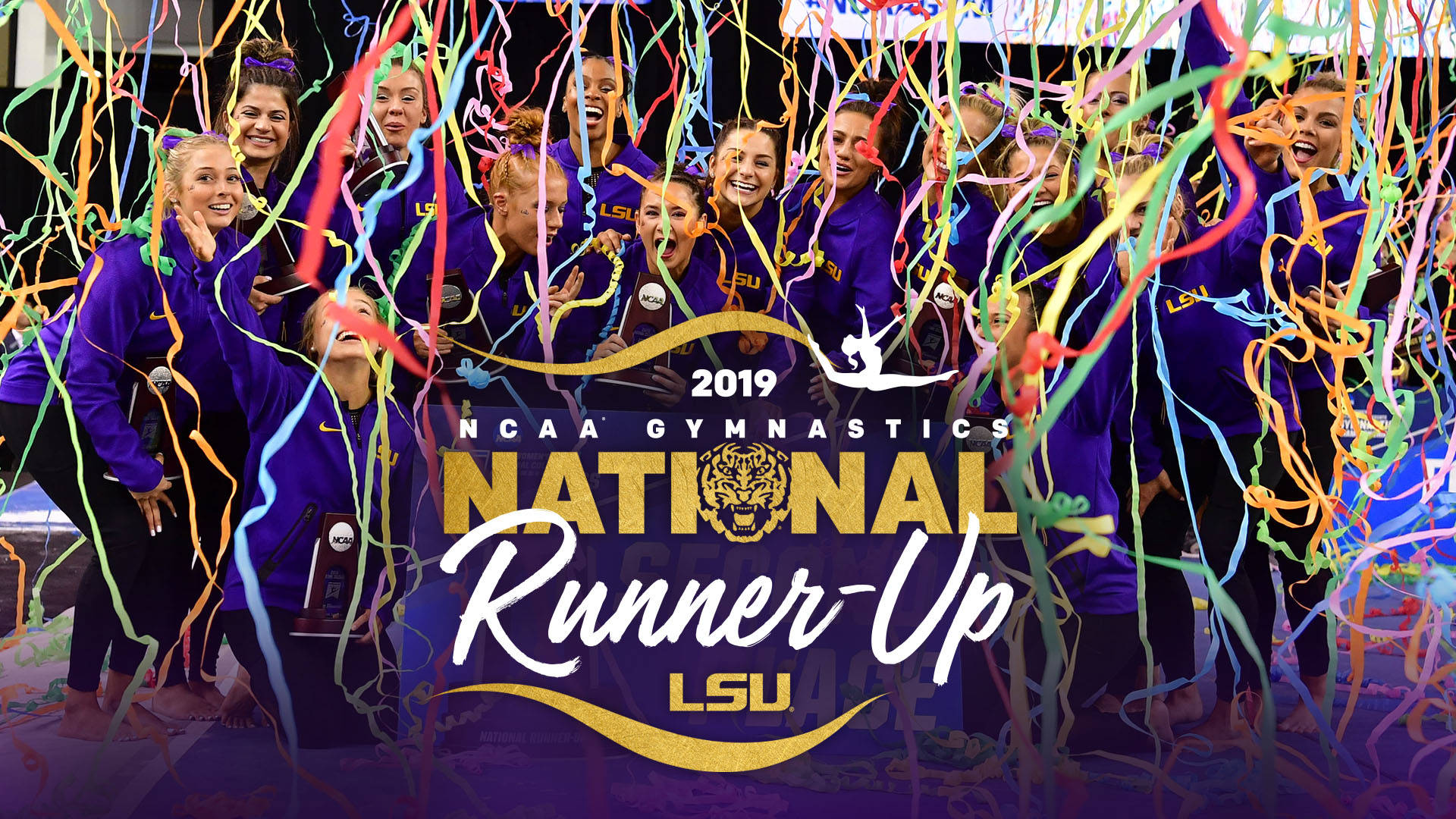 BATON ROUGE – The LSU gymnastics team caught fire between March and April to end the 2019 season as the NCAA National Runner-Up. The gymnasts and coaches continued to rewrite the history books.

By the Numbers: 2019 LSU Gymnastics Season

From start to the finish, your Tigers never gave up. Thank you for an incredible year! pic.twitter.com/VggsZG6X8U

One final message from your senior class…

Your Fighting Tigers have advanced to the first ever FOUR ON THE FLOOR!!! #NCAAgym pic.twitter.com/s2ZgyanR6n

National. Champion. Vault. @kennediedney said “watch this” and crushed vault for a 9.95! pic.twitter.com/cMWSffBj3d

The greatest four-year run in the history of this program. Thank you will never be enough. 💛💜 pic.twitter.com/2UnHDTItEX