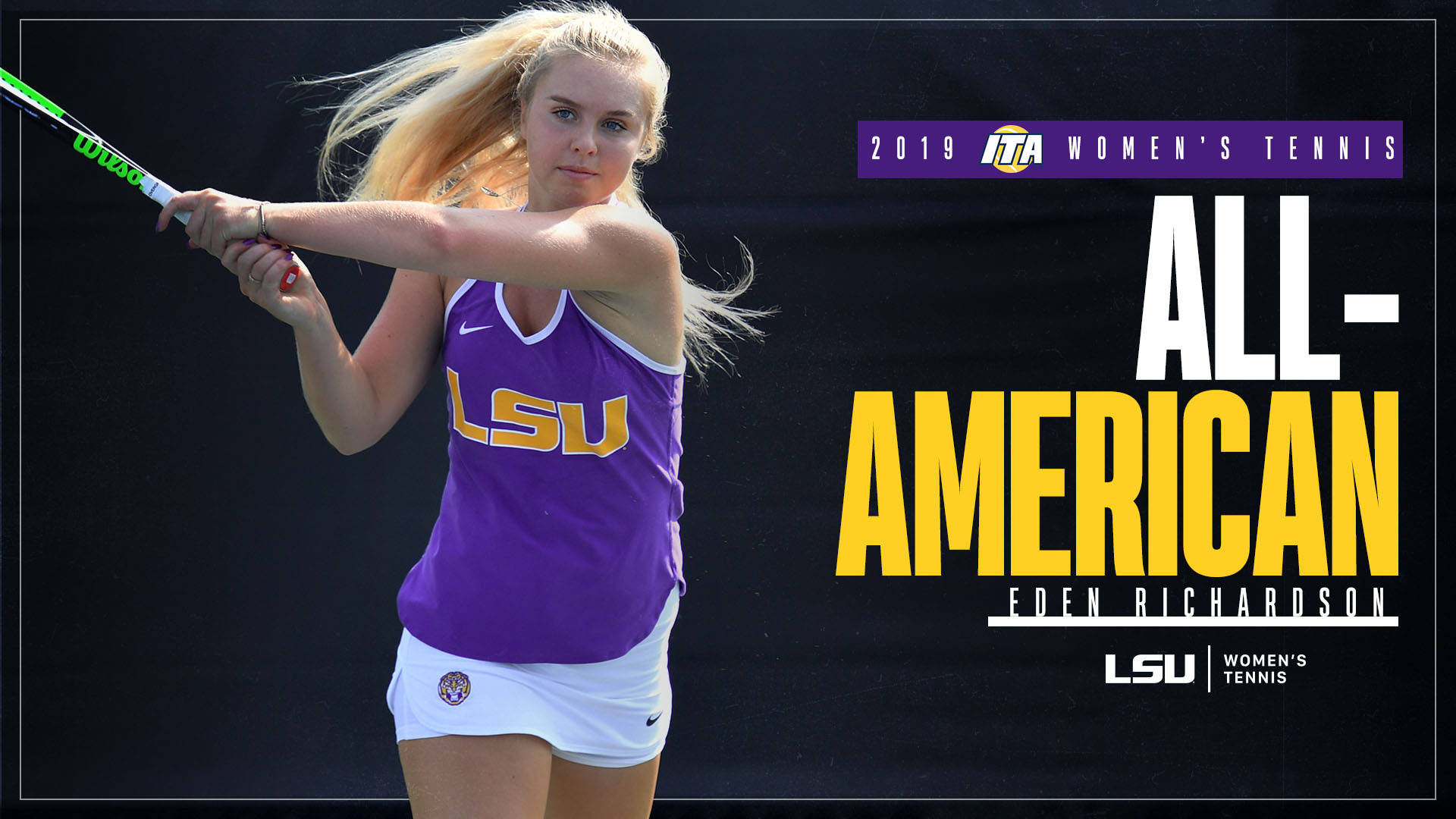 BATON ROUGE — Sophomore Eden Richardson earned ITA All-America honors and will represent the LSU women’s tennis team along with senior Jessica Golovin at the 2019 NCAA Division I Women’s Individual Championships May 20-25 at the USTA National Campus in Orlando, Florida.

Richardson has 22 wins overall in the 2018-19 season. She has eight wins over ranked opponents this season, including wins over fellow Singles All-Americans Katarina Jokic of Georgia, Kate Fahey of Michigan, and Fernanda Contreras of Vanderbilt.

Golovin, as the No. 2 singles alternate, would move into the bracket should two current players in the bracket withdraw.

In doubles, the defending Doubles National Champions pair of Richardson and Golovin are set to defend their title after earning an at-large bid. Last year, the duo ran the table on their way to a straight-set victory in the final to earn their status as reigning champions.

The Tigers will travel to Los Angeles, California to face off against San Diego in the first round of the NCAA Division I Women’s Team Championships on Saturday, May 4, at 11 a.m. CT.