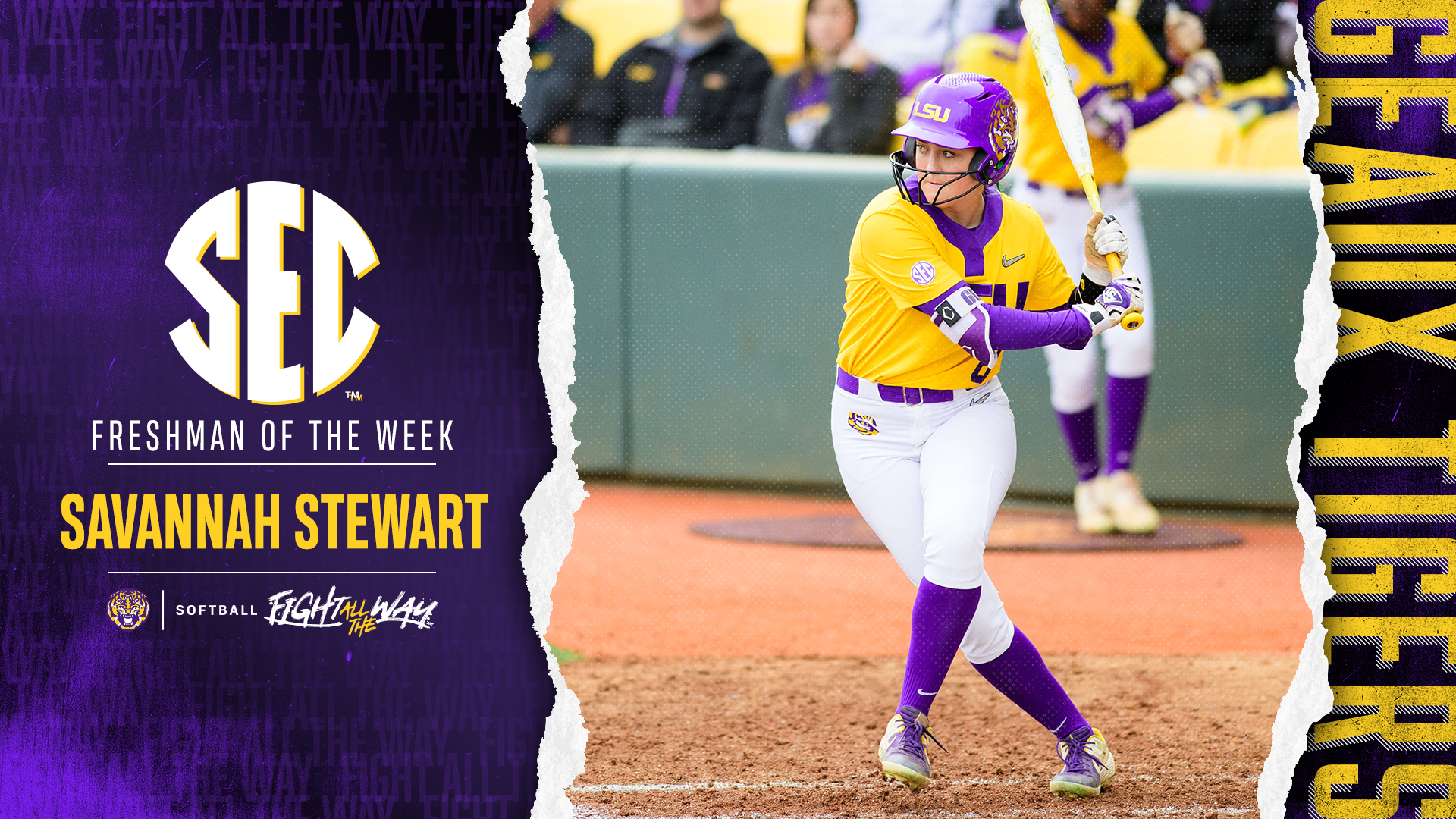 BATON ROUGE – Freshman outfielder Savannah Stewart has been tabbed as SEC Freshman of the Week as announced by the conference Tuesday.

The freshman led the Tigers last week with a .444 batting average, going 4-for-9 at the plate with a triple and three runs scored. She finished the weekend with a .545 on-base percentage and tallied five putouts on the week.

The triple was her third on the season and came in the Tigers’ 40th win of the season. With one out in the top of the seventh, Stewart blasted a ball to left field and allowed her to get all the way to third. One out later, she scored an insurance run for the Tigers off a single through the left side by Amanda Sanchez.

Stewart is fourth on the team in batting average with a .361 mark. She has four doubles, three triples and has scored 19 runs on the year. She has hit .412 in the last eight games, going 7-for-17 with five runs scored. In those last 10 games, she has had a .529 on-base percentage and has only struck out twice.

The Tigers are 40-12 on the year and head into their final regular season weekend of the year. They face Alabama starting Friday and will have an SEC Championship on the line. The Tigers will also celebrate their six seniors this weekend. Friday’s game will start at 6 p.m. CT.