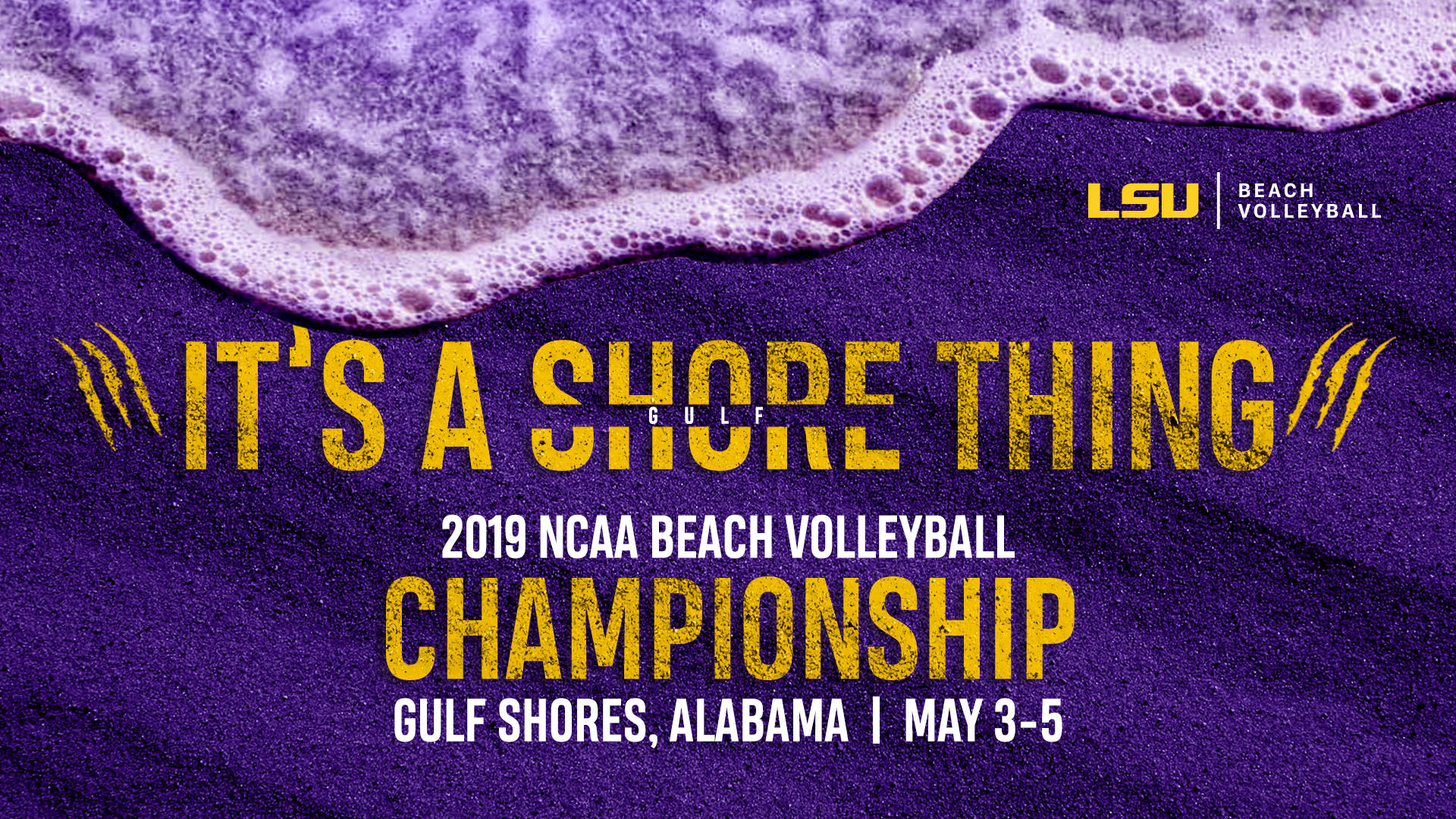 BATON ROUGE – For the third consecutive season, LSU will compete as the No. 5 seed in Gulf Shores, Alabama at the NCAA Beach Volleyball Championship as one of the final eight teams in the country the NCAA announced Sunday evening.

LSU (29-6) will face the No. 4 seed Pepperdine (20-9) to begin play at the Championship on Friday, May 3. LSU has notched victories over each team in this year’s field except the top two seeds, USC and UCLA.

The NCAA Championship will be broadcast by the ESPN family of networks May 3-5 and the championship will take place on ESPN. Sam Gore and Courtney Lyle will provide the play-by-play with USA Beach Volleyball Olympians Holly McPeak and Dain Blanton providing color commentary. Holly Rowe and Dawn Davenport will handle the sideline reporting duties throughout the weekend. The matches will also be streamed through watchESPN with mobile viewing options.

“To have it on ESPN again with maybe even more build up this year,” said Brock, “it will be great platform for us to go out and put on a good show.”

“My favorite part is when you get there and there’s all that purple and gold that floods in from just down the road and are excited to cheer when we play,” said Brock. “LSU travels well. We have a diehard fan base and it will be a lot of fun.”

The Tigers have taken the program to new heights this season though and will look to continue to press forward this week. LSU has been ranked No. 4 in the nation for the past seven weeks and its 25 regular season victories are the most in program history.

The Tigers have a 16-6 record against ranked competition and have earned wins over eight top-10 teams and are playing their best volleyball of the season right now, winning 22 of their last 24 matches.

“If there’s one thing that has been shown this year is the increased parity in our sport and that’s a great thing,” said Brock. “Every year it gets a lot more competitive. Every match is entertaining, particularly live and in-person.”