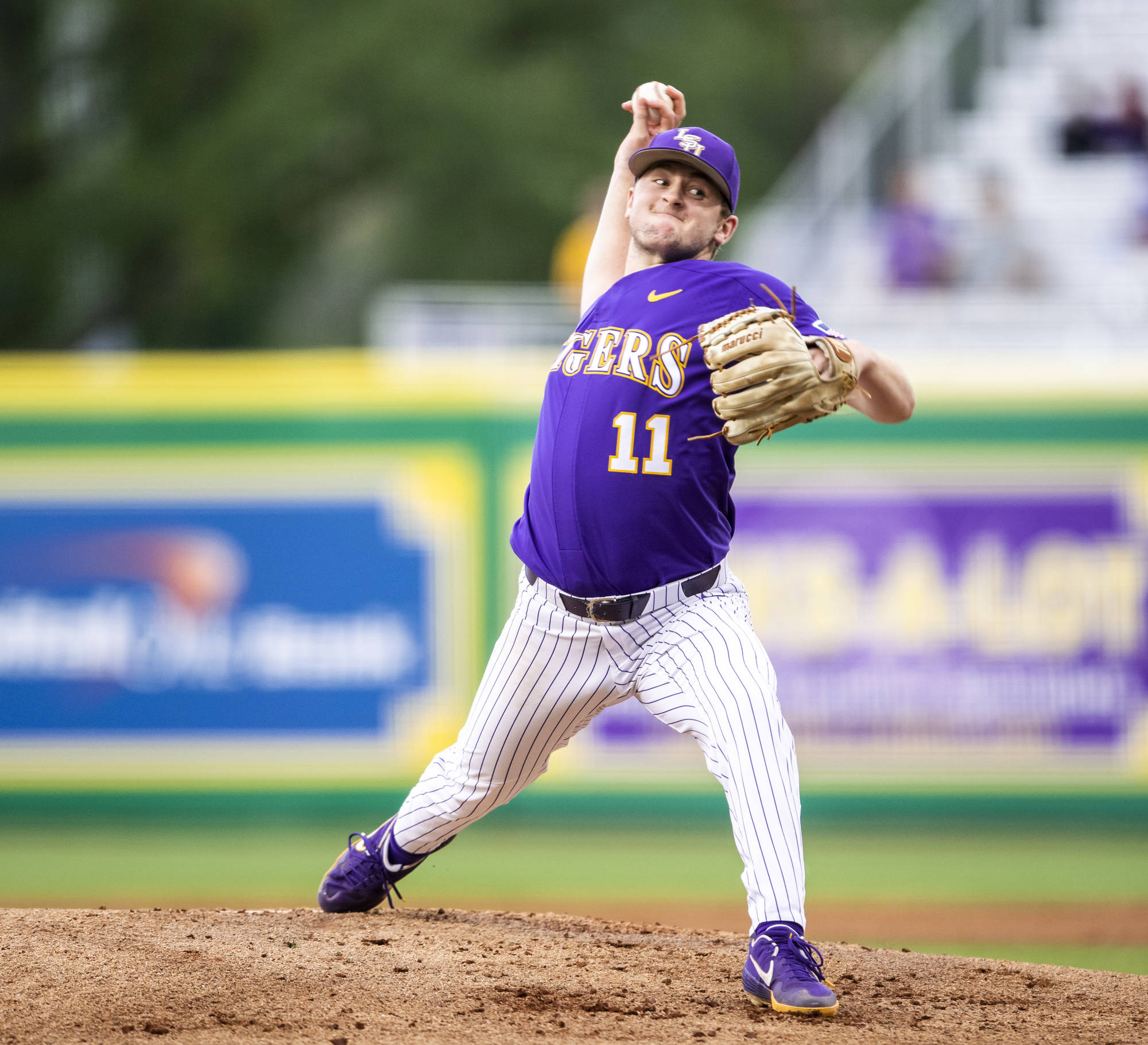 LSU reliever Devin Fontenot struck out Alabama designated hitter Keith Holcombe with the bases loaded in the bottom of the ninth inning to preserve the victory. The save was Fontenot’s second of the series and sixth of the season.

LSU returns to action at 7 p.m. CT Friday when the Tigers play host to Ole Miss in Game 1 of a three-game SEC series at Alex Box Stadium, Skip Bertman Field.

Alabama starter Jeremy Randolph (1-2) was charged with the loss, as he surrendered four runs on five hits in three inninngs with one walk and one strikeout.

“We did what we had to today; it was a tough ball game, but we earned an important victory,” said LSU coach Paul Mainieri. “Marceaux gave us a strong effort — he was aggressive and confident, and he’s going to get even better. Another huge key to the game was the pitching of Matthew Beck in relief; he was in a groove and pitched magnificently in a very tight game.”

Beck was effective on the mound for LSU, working 2.2 innings and allowing one run on one hit while setting the stage for Fontenot to take the mound at the outset of the ninth inning.

The Tigers grabbed a 1-0 lead in the top of the first inning when rightfielder Antoine Duplantis singled, advanced to second on a wild pitch and scored on shortstop Josh Smith‘s double.

Alabama tied the game in the bottom of the first when first baseman Drew Williamson drew a bases-loaded walk from Marceaux.

LSU surged ahead with three runs in the top of the third when catcher Saul Garza launched a solo home run, and second baseman Gavin Dugas ripped a two-run double.

The Tigers increased the lead to 5-1 in the fourth when leftfielder Daniel Cabrera blasted a solo homer, his eighth dinger of the season.

The Tide narrowed the gap to 5-2 in the fifth when second baseman Morgan McCullough delivered a run-scoring single.

Rightfielder Tyler Gentry led off the Alabama eighth against Beck with a homer – his 10th of the season – to decrease the margin to 5-3.

Alabama pushed across a run in the bottom of the ninth against Fontenot and had the bases loaded with two outs when the LSU closer struck out Holcombe to end the game.