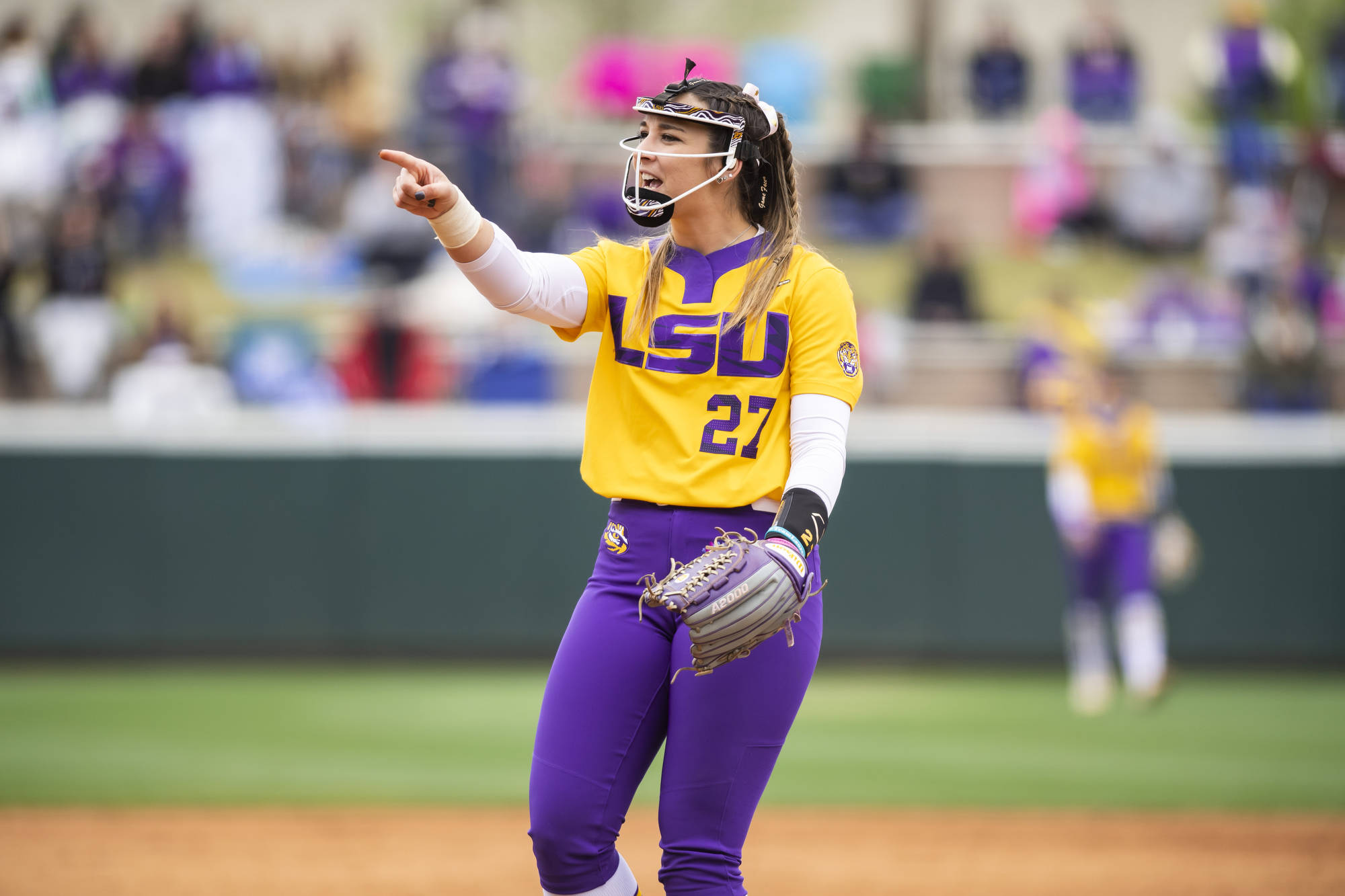 WACO, Texas – The No. 10/7 LSU softball team used a couple of runs and great pitching performance from Shelbi Sunseri to down Baylor in game one of the three-game series, 2-0, at Getterman Stadium. The Tigers are now 39-11 on the year, while Baylor moves to 17-28.

The Tigers opened the game with runners on first and third. Aliyah Andrews led off the game with a single to the infield on a bunt, she stole second and ended up on third on a ground out to second. Shelbi Sunseri walked, but the next two fouled out to end the threat.

The Tigers got on the board in the second inning with a run as Michaela Schlattman scored on Aliyah Andrews fielder’s choice to shortstop.

Shelbi Sunseri came up in the third and blasted a solo shot over the right field wall, her 14th on the year and the team’s 65th, which tied the single-season home run record by a team in program history.

Both teams threatened with runners in scoring position the rest of the way, but nothing came across for either team. The Tigers left seven runners on bases, while Baylor left eight.

Sunseri gets the win in the circle, improving to 11-5 on the year. She picked up her fifth shutout of the year, striking out two in her 10th complete game of the year.

Up Next
The Tigers will face Baylor for game two and game three of the series on Saturday in a doubleheader. The doubleheader will begin at 5 p.m. CT and will stream live on Baylor Softball’s Facebook page.