Tigers in 10th After 36 Holes at SEC Championship 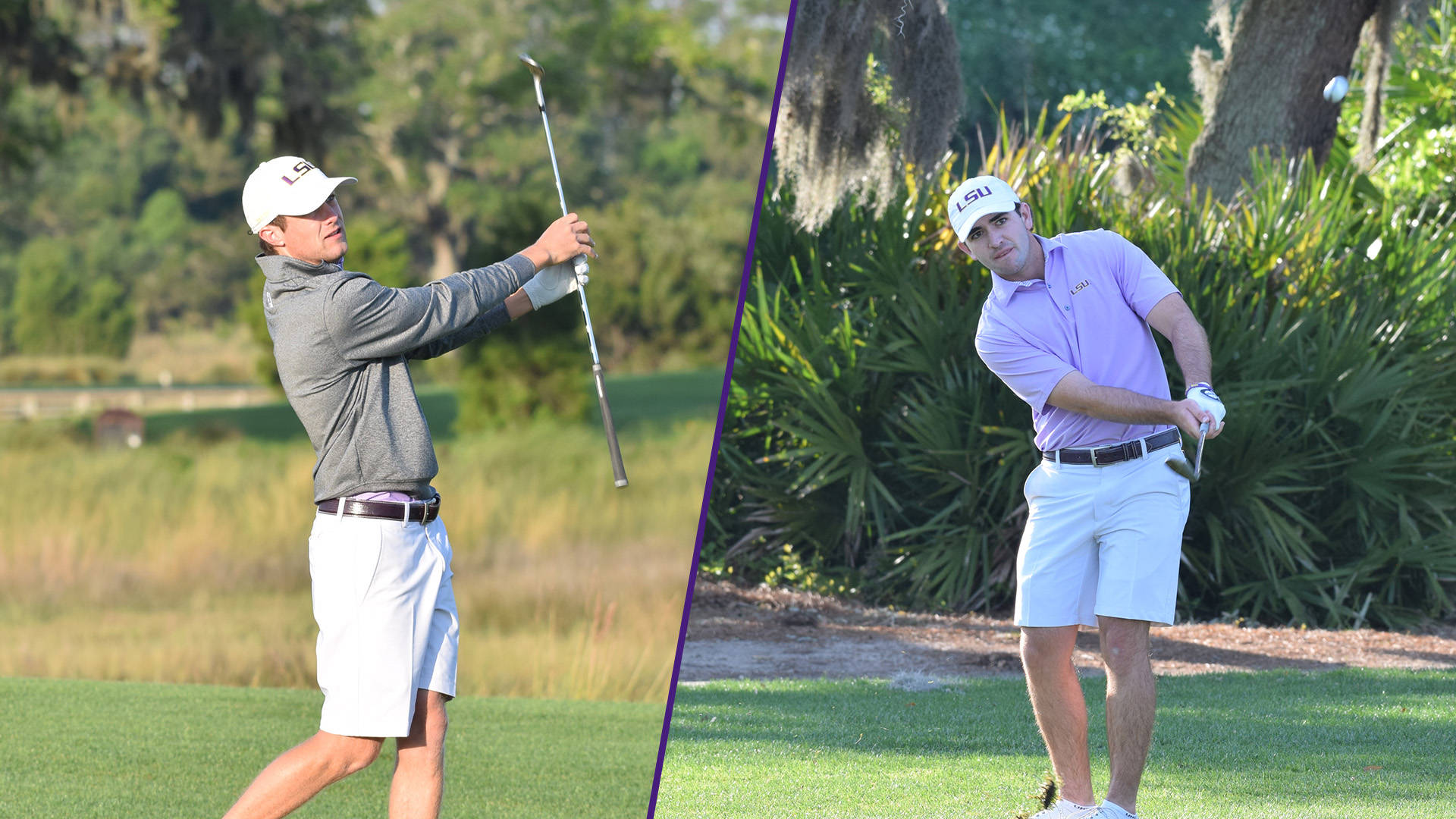 St. Simons Island, Ga. – A  pair of 1-under par 69s by upperclassmen Nathan Jeansonne and Philip Barbaree paced the way for the LSU men’s golf team on Thursday at the Seaside Golf Club on day two of the SEC Championship.

The tallies on both of the upperclassmen’s scorecards were the exact same – three birdies, 13 pars and two bogeys. Starting play on the back nine, Jeansonne started his round with a clean scorecard of two birdies and seven pars; he paired that with six pars, a birdie, and two bogeys on the second nine holes of the round to finish up with his 1-under 69. Barbaree began the round with three birdies in eight holes before he bogeyed the par 4 18th to finish his first nine holes at 2-under 33. His second nine holes consisted of eight straight pars before he ended his day on nine with a bogey. Jeansonne (even par 140) is in a tie for 27th and Barbaree (3-over 143) is tied for 42nd.

The third and final day of stroke play will take place Friday morning at Seaside GC. The top eight teams after stroke play will advance to match play; LSU will enter Friday nine strokes off the pace of South Carolina, who is in eighth place at 4-under 556. Arkansas and Kentucky are 10 shots ahead of LSU at 5-under 555 and tied for sixth place. LSU will tee off in the exact same format as they did on Thursday morning at 8 a.m. CT off No. 10. Barber will go of at 8 a.m. CT and will be followed in 10-minute increments by Winstead, Barbaree, Jeansonne, and Gagne. The Tigers will be playing alongside Alabama and Mississippi State.