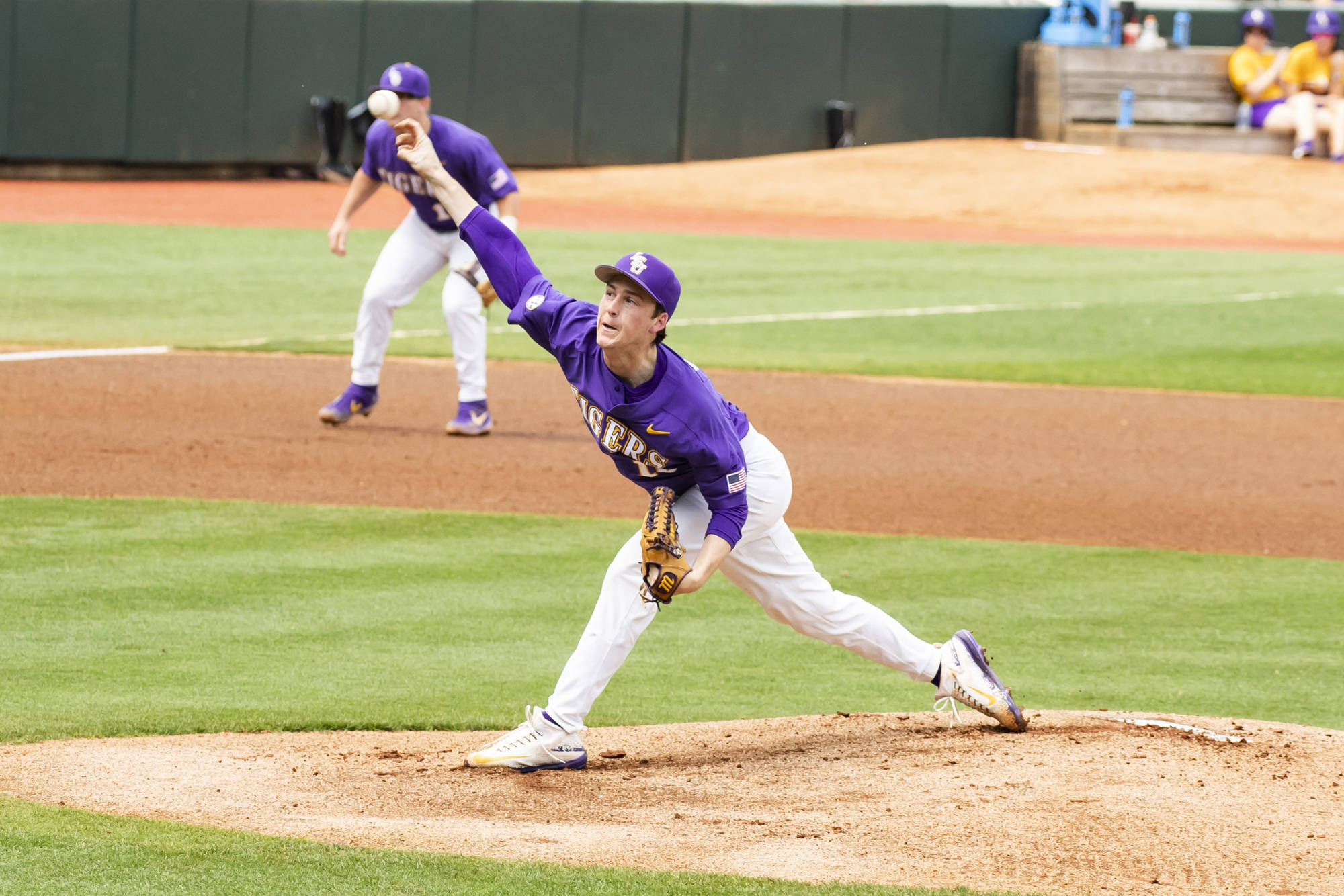 STADIUM
Sewell-Thomas Stadium in Tuscaloosa, Ala.

SERIES RECORD
Alabama leads the all-time series with LSU,197-172-3, and the first meeting between the squads occurred in 1906. During LSU coach Paul Mainieri‘s tenure (2007-19), LSU has won 10 of the 12 SEC regular-season series versus the Tide, including a 2-1 series victory last season in Baton Rouge. Alabama’s series victories in the past 12 seasons came in 2011 at Tuscaloosa and in 2016 in Baton Rouge. LSU has a 30-10 mark in games played vs. Alabama during Mainieri’s tenure (25-10 in regular-season games, 5-0 in the SEC Tournament).

ABOUT THE TIGERS
• LSU is 11-7 in the Southeastern Conference, and the Tigers are one game behind first-place Arkansas in the SEC Western Division and two games behind Georgia in the overall league standings
• LSU is No. 6 in the SEC in team batting average, as the Tigers are batting .274 on the year with 37 home runs and 40 steals in 56 attempts … LSU is No. 11 in the league in team ERA (4.39)
• LSU posted a series win over Florida last weekend, batting .368 (43-for-117) in three games with 33 runs, eight doubles, two triples and four homers
• Senior outfielder Antoine Duplantis led LSU to a series win over Florida, batting .563 (9-for-16) in three games with seven RBI, three runs and a .563 on-base percentage … he was 4-for-5 with an RBI in last Thursday night’s game against the Gators, and he helped clinch the series win on Saturday with a 3-for-5, four-RBI effort
• Duplantis has increased his career hits total to 321, and he is fourth on the all-time LSU hits list … Duplantis is chasing the LSU career hits record, which is 352 set by first baseman Eddy Furniss (1995-98) … Duplantis has 44 RBI this season, which leads the team and ranks No. 5 in the SEC
• Junior shortstop Josh Smith batted .538 (7-for-13) in the Florida series last weekend with two doubles, one homer, three RBI and eight runs scored … Smith is No. 2 in the SEC in runs scored with 51
• Sophomore outfielder Daniel Cabrera batted .429 (6-for-14) against Florida last weekend with one double, one triple, one homer and six RBI
• Sophomore right-hander Eric Walker posted a win over Florida last Saturday, limiting the Gators to two runs on six hits in 5.2 innings with no walks and five strikeouts
• Junior right-hander Todd Peterson earned his second save of the season last Friday with an outstanding effort against the Gators, working 3.2 scoreless innings and limiting UF to three hits with no walks and one strikeout

ABOUT THE CRIMSON TIDE
• Alabama is seventh in the SEC Western Division with a 4-14 record … the Crimson Tide is 21-3 this season against non-conference opponents
• Alabama is coached by Brad Bohannon, who is in his second season with the Crimson Tide after serving as an assistant coach at Kentucky (2014-15) and at Auburn (2016-17)
• The Crimson Tide is No. 9 in the SEC in team batting average (.262) … Alabama has collected 34 home runs and 41 steals in 58 attempts … the Tide is No. 7 in the SEC in team ERA (3.81)
• Sophomore outfielder Tyler Gentry is Alabama’s team leader in home runs (8) and RBI (30) … senior outfielder Keith Holcombe, who was a member of the Alabama football team from 2014-17, has three homers and 29 RBI on the year