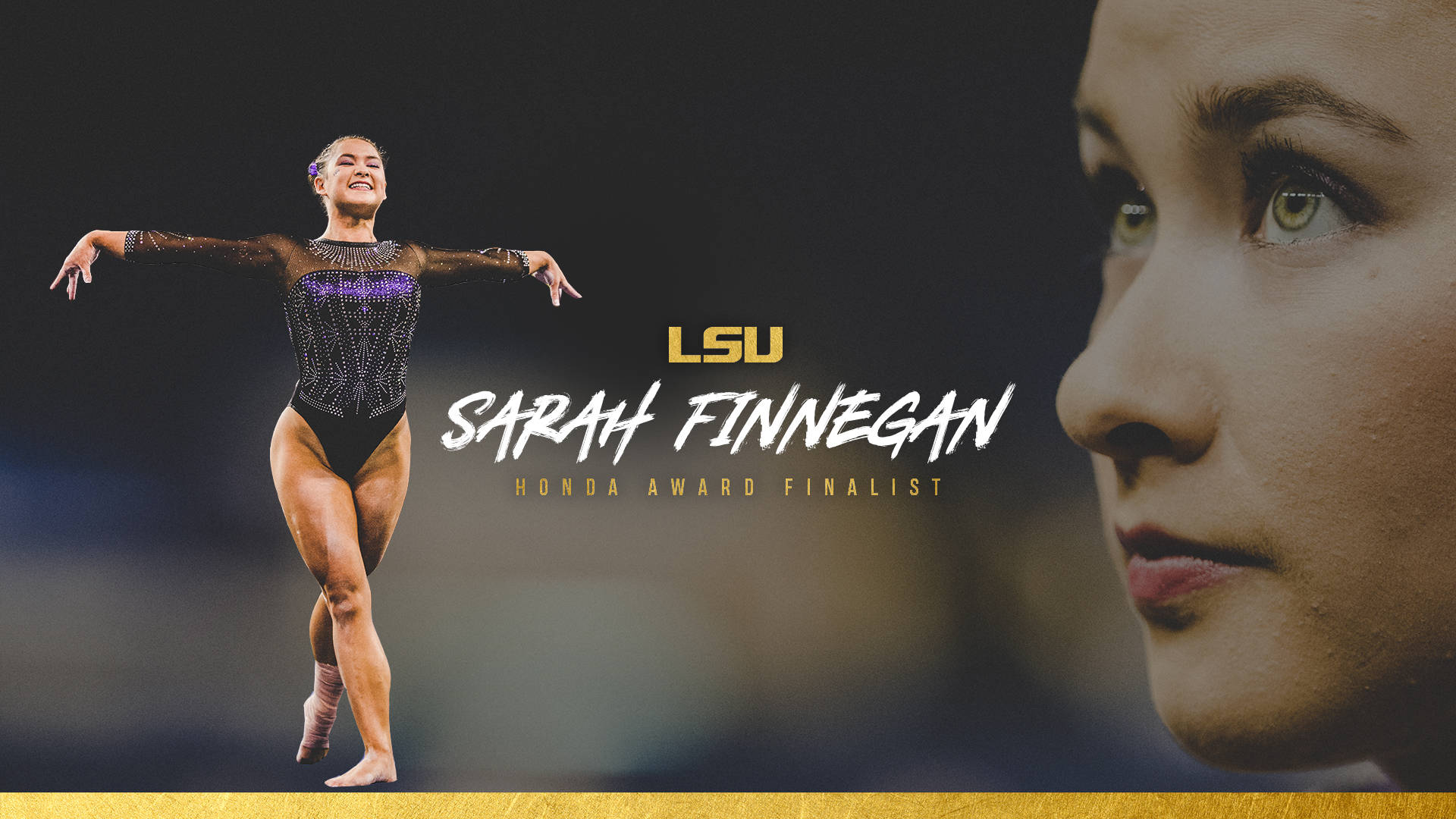 BATON ROUGE – Senior Sarah Finnegan, a two-time NCAA Champion, two-time Southeastern Conference Gymnast of the Year and one of the greatest student-athletes in LSU history, has been named one of four finalists for the Class of 2019 Honda Sport Award for Gymnastics, THE Collegiate Women Sports Award announced Thursday.

Finnegan won the SEC all-around title and was named the Central Region Gymnast of the Year in both 2018 and 2019. Most recently, she was name the winner of the AAI award, which goes to the top senior gymnast in the nation and considered the sport’s Heisman Trophy.

“One of the finest all-around gymnasts in the history of collegiate gymnastics…. What a finish. What a career.” pic.twitter.com/RQEypV4ll2

“Sarah Finnegan is the greatest gymnast and one of the greatest LSU athletes ever,” head coach D-D Breaux said. “From the day she stepped on to this campus, Sarah put everything she could into the classroom, the community and in the gym. She has achieved so much success as an individual, but I know that means nothing compared to what she was able to do as a teammate to help LSU achieve greatness.”

Finnegan save her best performances for 2019 as a dominating force in the all-around all year. Finnegan competed all four events in 16 of 17 meets and earned 14 wins to shatter a new school record. She also set the LSU single-season record for beam titles with 11. One of the best bars workers in school history, Finnegan capped off her career as the 2019 NCAA Uneven Bars Champion, the fourth two-time NCAA champion in school history.

One of the most remarkable records of her illustrious career is the 49 individual titles in 2019. The original record was set by Sandra Smith in 1980 and tied in 2010 by Susan Jackson No other LSU gymnast since Jackson won more than 30 titles in a season.

Maggie Nichols and Brenna Dowell of Oklahoma and Kyla Ross of UCLA join Finnegan as the four finalists selected by coaches across the country. The Honda Sport Award winner for Gymnastics will be announced next week after voting by administrators from over 1,000 NCAA member schools. Each NCAA member institution has a vote.

The Honda Sport Award has been presented annually by the CWSA for the past 43 years to the top women athletes in 12 NCAA- sanctioned sports and signifies “the best of the best in collegiate athletics”. The winner of the sport award becomes a finalist for the Collegiate Woman Athlete of the Year and the prestigious 2019 Honda Cup award presented in June.

THE Collegiate Women Sports Awards, celebrating its 43rd year, has honored the nation’s top NCAA women athletes for their superior athletic skills, leadership, academic excellence and eagerness to participate in community service. Since commencing its sponsorship in 1986, Honda has provided more than $3.1 million in institutional grants to the universities of the award winners and nominees to support women’s athletics programs.