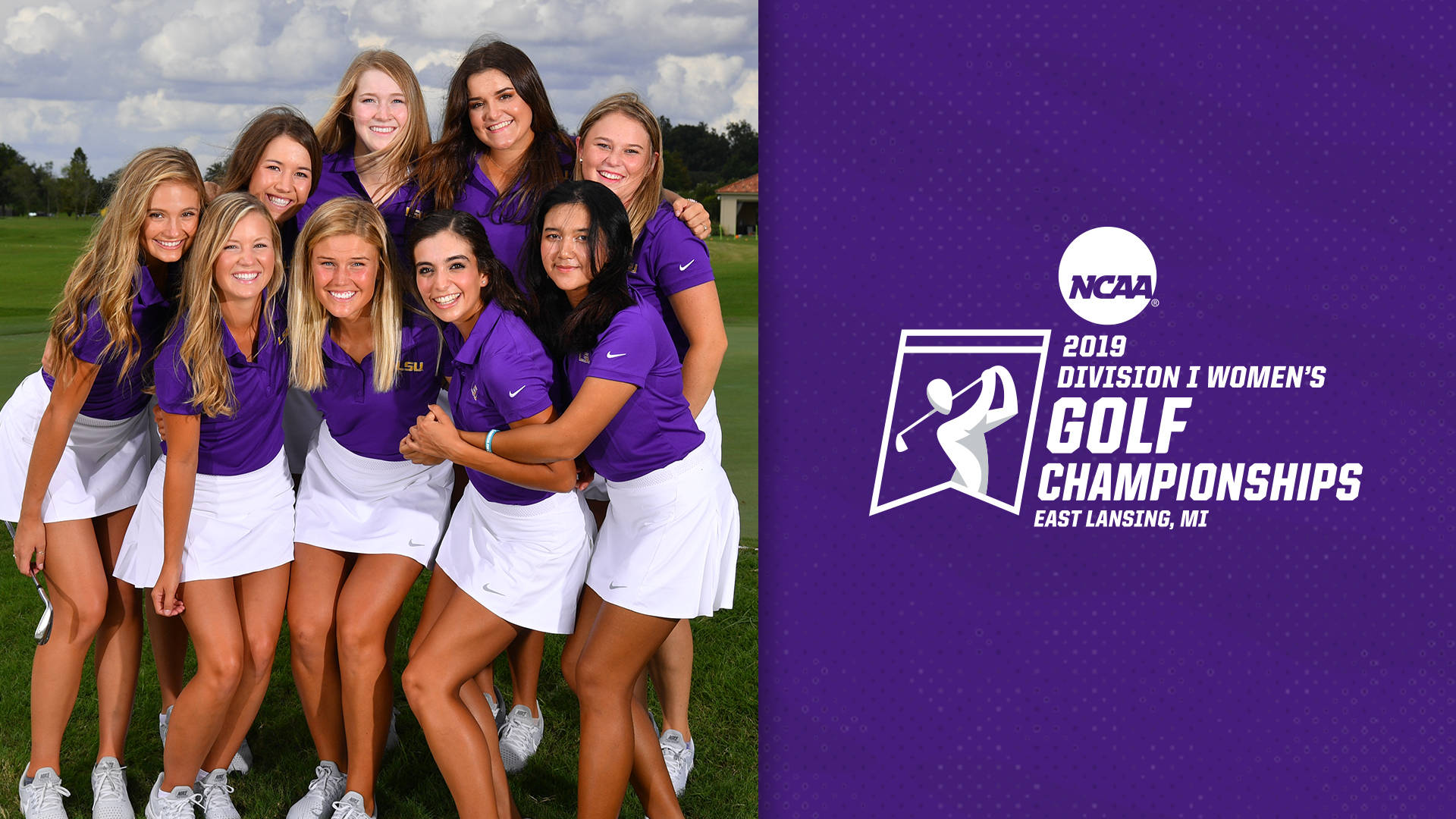 BATON ROUGE, La. – The LSU women’s golf team is returning to the national postseason with an at-large bid to the 2019 NCAA Tournament. The Tigers are going to the East Lansing Regional hosted by Michigan State on May 6-8. Live scoring will be available at GolfStat.com.

“Obviously we are very excited and proud of all nine ladies on our team,” said LSU first-year head coach Garrett Runion. “Each one contributed in some form or fashion for us to have the opportunity to go to NCAA Regionals. The team all bought in to my vision and plan from day one and after 11 months of hard work, we get to see the fruits of our labor, and that’s rewarding.”

Seniors Kathleen Gallagher and Marina Hedlund are the only players on the team who have been to an NCAA Regional in their collegiate careers. LSU last advanced to regionals when the pair were freshmen in 2015-16. This will be LSU’s 25th appearance in the NCAA Tournament as a team.

“It’s extra rewarding that it will be the first time for all but two players to reach national postseason, so I know they are very excited,” continued Runion. “The team is also motivated because we fell four shots short to the SEC champions in stroke play last week. We let too many slip away and we believe we belong, which is what you want to see as a head coach. We will spend the next week preparing for final exams and training for our trip to East Lansing to be as prepared as possible.”

The NCAA East Lansing Regional will be contested at Forest Akers West Golf Course in East Lansing, Michigan. The course will play at par 72 and 6,387 yards. LSU will be the No. 13 seed and is joined in the field by No. 4 overall seed Stanford, Arizona, Kent, UCLA, host Michigan State, Campbell, Illinois, Baylor, North Carolina, Georgia, Louisville, Augusta, Indiana, Long Beach, Xavier, Harvard and IUPUI.

As a squad, the Tigers are shooting 298.15, over a three-stroke average lower than last year’s numbers. Junior Monica Dibildox holds the team’s low average at 74.42 and has the most rounds on the team of par or lower at five, along with sophomore Kendall Griffin (75.85). Gallagher is shooting a 75.23 average and, along with freshman Presley Baggett at 75.46, has four rounds of par or under this season. Rookie Alden Wallace (76.08) has three rounds of par or lower. Baggett is the only Tiger to have every round count towards the team score this season.

* Gallagher is a second-generation LSU women’s golfer. Her mother is Cissye Meeks Gallagher who played for the Tigers from 1984-88. They are the first mother-daughter pairing to play for LSU. Cissye competed in the 1986 NCAA Championship for the Tigers, while Kathleen adds 2019 to her 2016 regionals appearance.

* Golfweek has the Tigers ranked No. 46 overall with strength of schedule ranked No. 16 going into the NCAA Regionals. Golfstat has LSU ranked No. 51.

* Baggett (Fr.) has had every single round count towards team scoring this season. She shot the best round of her rookie season with a 2-under 70 in the second round of the SEC Championship stroke play.  She had her best finish of the season at the LSU Tiger Classic, tied for 6th place.