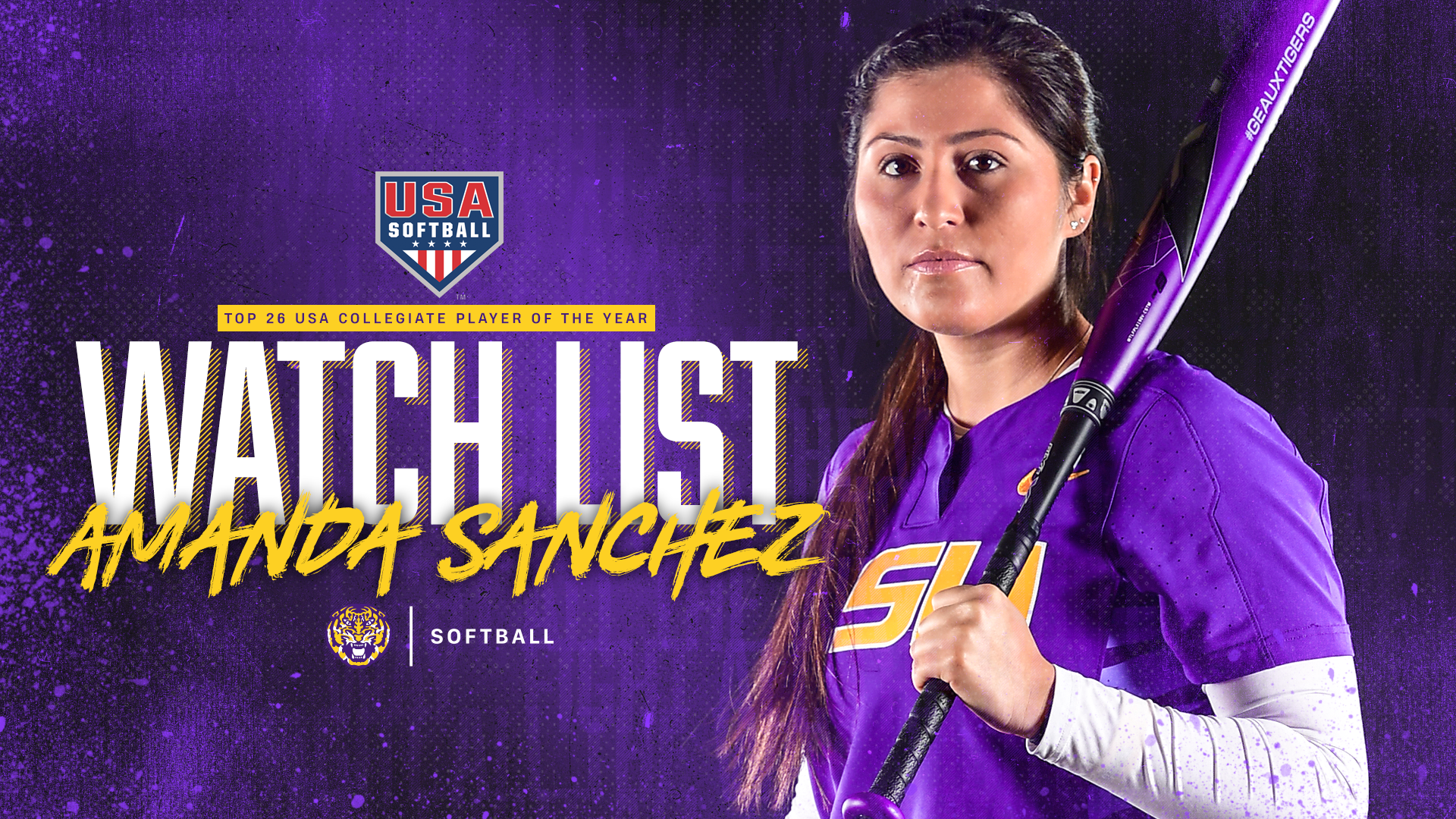 Sanchez is leading the Tigers and is third in the league with a .425 batting average. She owns 16 doubles and seven home runs on the year for 50 RBI, which is second on the team. In 47 games played, Sanchez has a .733 slugging percentage and a team-leading .587 on-base percentage.

The West Covina, California native has 15 multi-RBI games, 15 multi-hit games and is currently on a two-game hitting streak. She has reached base in the last two games and her longest on-base streak was 26 straight games.

LSU is currently 38-11 on the year after an 8-0 five-inning victory over ULM Tuesday evening. The Tigers are in second-place behind Alabama with a 14-7 record in the SEC.

The Tigers will take its final break from SEC action this weekend, traveling to Baylor for a three-game series. The Tigers open the weekend against the Bears at 6:30 p.m. on Friday.