Gagne in Top 10 After 18 Holes at SEC Championship 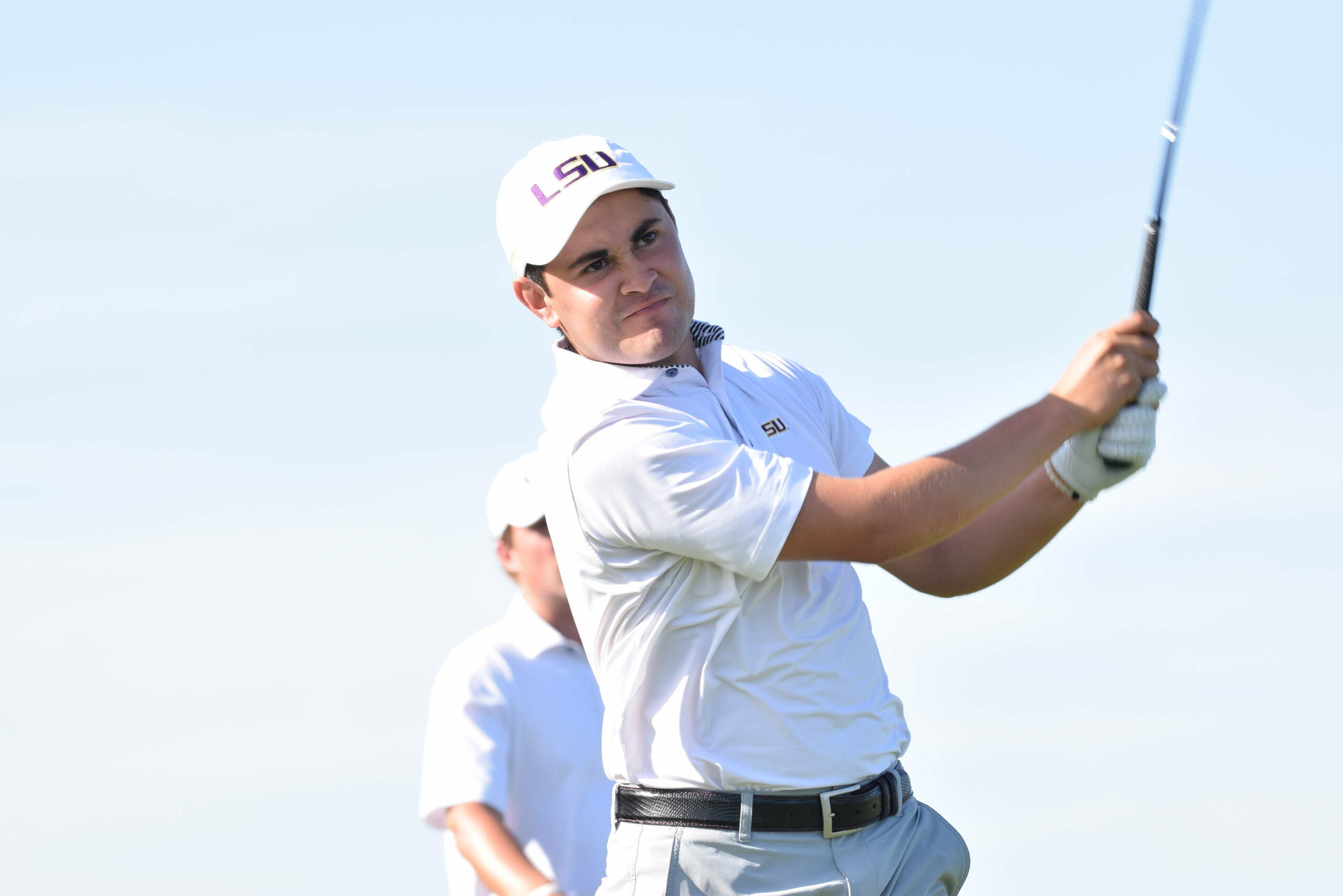 St. Simons Island, Ga. – Playing like the veteran he is, LSU men’s golf senior Luis Gagne fired a 2-under 68 in round one of the SEC Championship on Wednesday to position himself inside the top 10 after 18 holes of play at the Seaside Golf Club.

LSU shot a 2-over 282 as a team to sit in 10th place. Auburn and Georgia both fired opening rounds of 8-under 272 to share the clubhouse lead. Individually, Will Gordon (Vanderbilt) and Trent Phillips (Georgia) share the top spot on the leaderboard with 5-under 65s.

Gagne traversed the par 70 Seaside Course in fine fashion as he carded three birdies, 14 pars and one bogey on the day to end up in a tie for ninth place. Playing the 10th-stroke play round of his career at this course, Gagne played the 12 par 4s at a 2-under clip for a 3.83 average on the day to rank tied third in the field on par 4s.

Trey Winstead came out and registered the best SEC Championship round of his career with a 1-under 69; he is tied for 15th place. Winstead’s front nine was nothing but smooth cruising for the lefty as he rolled in three birdies to go along with six pars to make the turn at 3-under. The back nine saw him make seven pars in addition to two bogeys to close out his round at 1-under as a whole. Winstead’s scoring on the par 3s (2.75 avg.) is tied for the third best in the field.

Senior Nathan Jeansonne played a steady round that resulted in a 1-over 71 that featured one birdie, 15 pars, and two bogeys. His 15 pars rank tied for second in the field and he is tied for 31st. Philip Barbaree is tied for 54th with a 4-over 74 and Garrett Barber is in 69th (+10/80).