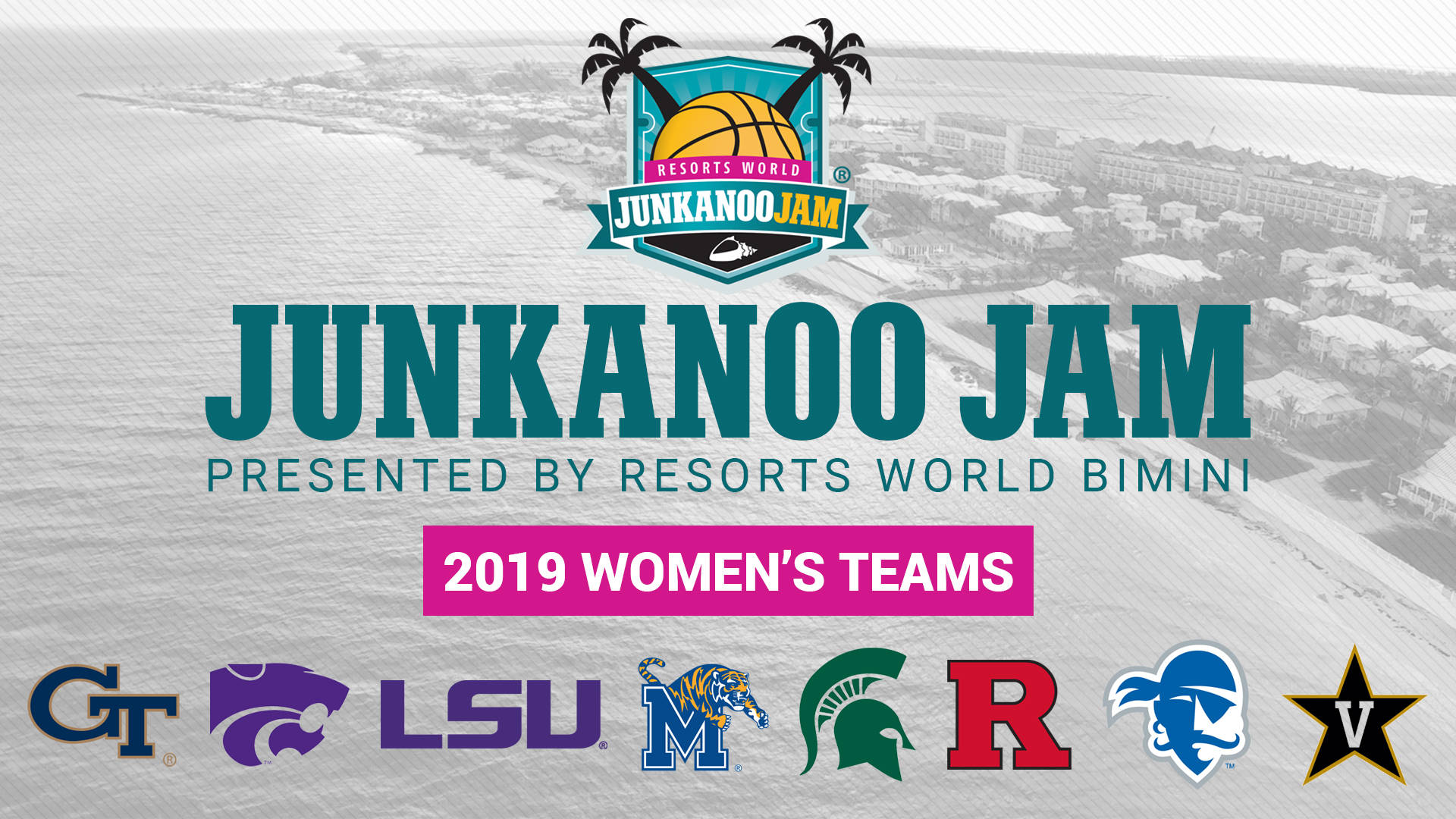 BIMINI, Bahamas – Game matchups and start times for the 2019 Women’s Junkanoo Jam at Resorts World Bimini were released Wednesday, tournament officials announced. The announcement includes matchups and official tipoff times for all eight games of the women’s tournaments at the 17th annual Junkanoo Jam, held Nov. 28-30, 2019 at Gateway Christian Academy on the island of Bimini, Bahamas. All games for the upcoming 2019 Junkanoo Jam will stream online at FloHoops.com.

The Bimini Division begins play on Nov. 29 with Memphis taking on Kansas State at 2 p.m. CT, followed by the Tigers facing Michigan State in the second game of the day at 4:15 p.m. CT. Losing teams will compete in their second game the following day, Saturday, Nov. 30 with tipoff scheduled at 3:30 p.m. CT. The winning teams will conclude the tournament in the divisional championship game with tipoff slated for 5:45 p.m. CT on Saturday. The Junkanoo Division features Georgia Tech, Rutgers, Seton Hall, and Vanderbilt and begins play on Nov. 28.

“We are very excited to once again bring a high level of competition to Bimini,” Women’s Tournament Director Becky Adams said. “The teams will certainly enjoy great competition and experiencing all that the beautiful island has to offer.”

The Junkanoo Jam is entering its 17th year in the Bahamas as a top NCAA Division I women’s basketball tournament. Originally held in Freeport on Grand Bahama Island, the tournament was moved to the island of Bimini in 2016. This will be the first time that LSU has been in the tournament field. Five of the eight teams (Georgia Tech, Kansas State, Michigan State, Rutgers, and Seton Hall) in the 2019 field have attended the Junkanoo Jam previously. Only Georgia Tech has attended the tournament since it moved to the island of Bimini.

All games will stream live via www.FloHoops.com. To access the live event coverage and replays of the Junkanoo Jam, users must sign up to become FloPRO subscribers on FloHoops.com.

Fans interested in traveling to Bimini to support their team at the 2019 Junkanoo Jam can sign up for fan travel packages. Fan packages will be available in June at www.basketballtravelers.com/fans.

Teams and fans will stay at the Hilton at Resorts World Bimini, the official partner of the Junkanoo Jam. Built in 2016, the resort has 305 rooms, including 18 suites, eight restaurants and bars, three pools, a casino, snorkeling, big game fishing, and is located less than a 10 minute walk from the Gateway Christian Academy gymnasium where games will be played.

Located just 50 miles off Florida’s coast, Bimini is the closest Bahamian island to the United States, boasting miles of pristine beaches. Known as Ernest Hemingway’s favorite escape, Bimini is historically significant. Visitors from around the world enjoy its historical complexity and renowned past.