White and Williams Look to be First-Round Draft Picks 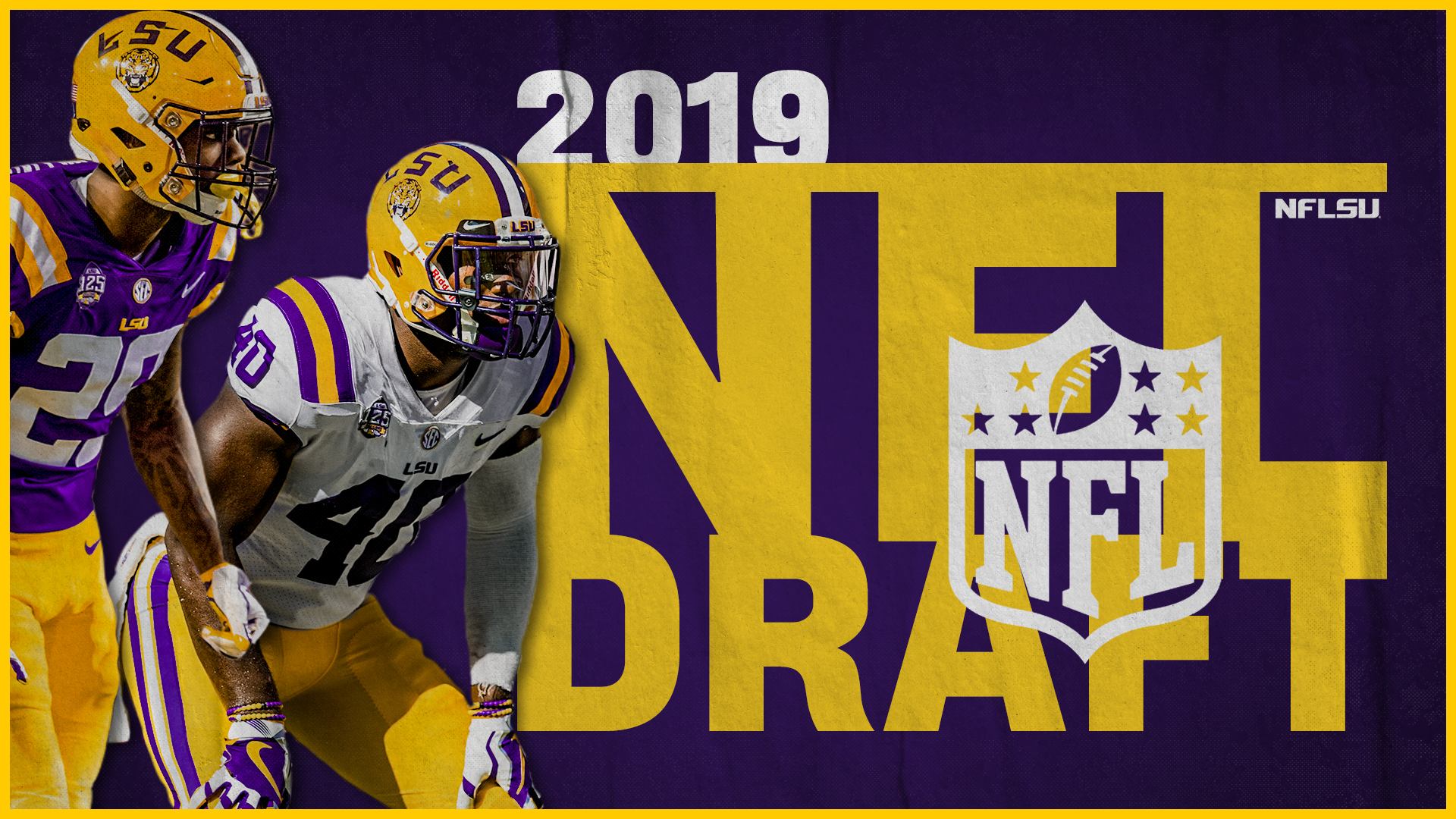 BATON ROUGE – Linebacker Devin White and cornerback Greedy Williams will look to add to LSU’s list of first round draft picks when the 2019 NFL Draft gets underway on Thursday evening in Nashville.

Coverage of the first round of the NFL Draft begins at 7 p.m. CT on Thursday. The first round will be televised on ABC, ESPN, and the NFL Network.

Rounds two of three of the draft will take place on Friday starting at 6 p.m. with the final four rounds of the draft being held on Saturday beginning at 11 a.m. ABC, ESPN and the NFL Network will provide coverage on Friday and Saturday.

LSU enters the 2019 NFL Draft with 41 all-time draft picks with running back Leonard Fournette, safety Jamal Adams and cornerback Tre’Davious White being the school’s most recent first round selections in 2017.

On Thursday night, White and Williams will be on hand in Nashville as two of the 23 players confirmed to be on location for the first round. LSU head coach Ed Orgeron will also be in attendance with White and Williams.

White, LSU’s first winner of the Butkus Award in 2018, is expected to be one of the first players off the board as he’s projected to go as high as No. 5. White, who capped his career as a two-time All-America and All-Southeastern Conference selection, recorded 286 tackles, 29 tackles for loss and 8.5 sacks during his three years with the Tigers.

White earned SEC Defensive Player of the Week honors six times during his career and was twice named a permanent team captain as well as being a two-time recipient of the Charles McClendon Award which goes annually to LSU’s most valuable player.

Williams, a two-year starter at cornerback for the Tigers, is expected to become the sixth LSU defensive back to be selected in the first round since the 2011 draft when Patrick Peterson was taken fifth overall.

He finished his two-year career with the Tigers with 71 tackles, 20 pass breakups and eight interceptions.