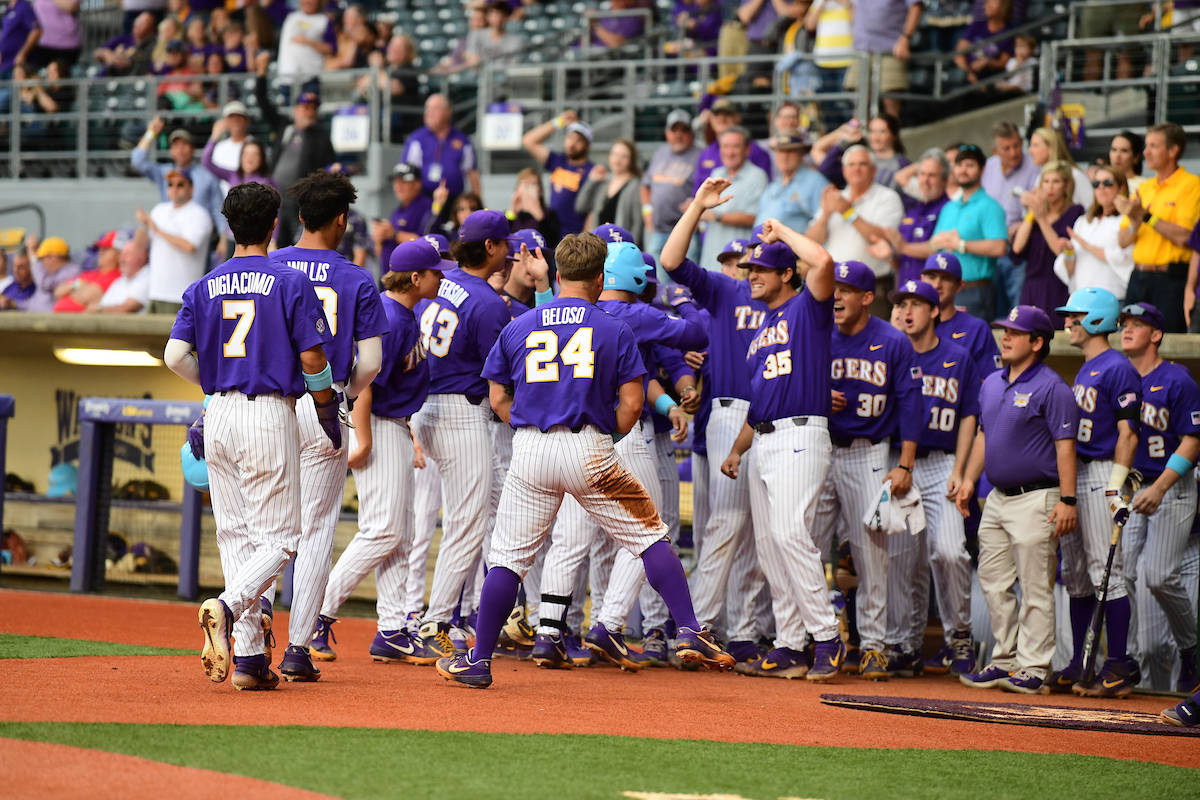 The Tigers are back in action Friday night at 6 p.m. CT at Alabama for the first game of the weekend SEC series. Fans can watch through the SEC Network+ or listen on the LSU Sports Radio Network, including 98.1 FM in Baton Rouge.

“It wasn’t an awe-inspiring victory, but we got the job done,” said LSU coach Paul Mainieri. “We only had four hits, but at least we made those four hits count. Three-run homers usually help you win a ball game if you only get four hits.

“The real key to the game tonight was our pitching. I thought Landon Marceaux did a really nice job; he was very efficient with 31 pitches in three innings.”

First baseman Cade Beloso singled to the shortstop with one out in the bottom of the second inning. Designated hitter CJ Willis followed by reaching first on a fielder’s choice. Center fielder Giovanni DiGiacomo then singled to move Willis to second with two outs. Bianco launched a three-run home run over the left field wall to give LSU the 3-0 advantage.

With no outs in the top of the fifth, third baseman Robin Adames hit a solo shot to left field to decrease the LSU lead to 3-1.

DiGiacomo drew a walk and stole second to start the bottom of the fifth for the Tigers. Bianco then hit a single to center and advanced to second on the throw, allowing DiGiacomo to move to third. Catcher Brock Mathis flied out to left for the first out, scoring DiGiacomo. Shortstop Josh Smith followed with another fly out to deep center that scored Bianco and gave LSU the 5-1 lead.

In the top of the sixth, designated hitter Cole Coker hit a two-out blooper to shallow right field to score Rhett McCall from third. The run decreased the Tigers’ advantage to 5-2.

Lamar first baseman Anthony Quirion was hit by a pitch with the bases loaded and two outs in the top of the ninth. The run scored to trim the LSU lead to 5-3.

Junior Matthew Beck pitched two innings, allowing a hit and one earned run while striking out three. Freshman right-hander Riggs Threadgill tossed 2/3 of an inning, allowing two hits and one earned run with two strikeouts. Sophomore Ma’Khail Hilliard worked a scoreless inning before Trent Vietmeier came in and recorded a strikeout to end the top of the seventh.

Junior Todd Peterson pitched a scoreless eighth inning, and sophomore Devin Fontenot pitched the ninth inning to earn his fourth save of the season. Fontenot struck out Lamar leftfielder Reese Durand with the bases loaded to end the game.