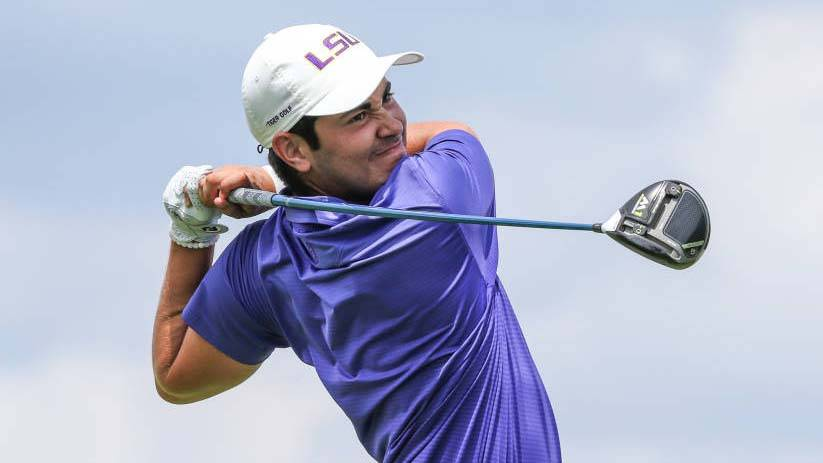 Baton Rouge, La. – The SEC Championship for men’s golf will begin on Wednesday at the Sea Island Golf Club’s Seaside Course. 2019 marks the 19th year the conference championship has been hosted in St. Simons Island, Ga. Wednesday, Thursday, and Friday will feature stroke play, and the top eight teams will advance to a match play portion of the tournament beginning on Saturday. The Tigers enter the tournament ranked No. 11 by Golfstat.

Head coach Chuck Winstead will trot out a lineup that has a good mix of experience to go along with a touch of youth. Luis Gagne will be teeing it up at his fourth-straight SEC Championship. Gagne has finished in the top 10 individually the last two seasons with a tie for third in 2018 (3-under 207) and a tie for seventh in 2017 (4-under 206). Philip Barbaree will be teeing it up at his third-straight conference event; he joined Gagne in the top 10 in 2018 with a tie for 10th at even par 210.

Gagne and Barbaree will be joined by Trey Winstead, Garrett Barber and Nathan Jeansonne in the starting lineup. For Winstead and Jeansonne, it will be the second SEC tourney of their careers, while Barber will tee it up at his first ever SEC Championship.

A year ago, Gagne, Barbaree, Winstead and Jeansonne all contributed to LSU claiming the top seed after stroke play with a three-day total of 6-under 834.

Each day of stroke play is scheduled to begin at 6:30 a.m. CT with live scoring being provided at Golfstat.com. After the 54 holes of stroke play conclude on Friday, the top eight teams will be paired up for the quarterfinals of match play Saturday morning. The semifinal round of match play will begin shortly after the quarterfinals finish up on Saturday afternoon. The championship will be determined on Sunday with the final match scheduled to begin at 6:30 a.m. CT. LSU will play alongside Vanderbilt and Auburn on Wednesday.

Sunday’s championship match will air live on the SEC Network beginning at 6:30 a.m. CT. Saturday afternoon’s semifinal match play action will be aired digitally on SEC Network+ beginning around 3:30 p.m. CT. The Tigers will tee it up at one of the most competitive conference tournaments across the country as they will face five top 25 teams (No. 4 Vanderbilt, No. 12 Auburn, No. 13 South Carolina, No. 16 Georgia, and No. 22 Alabama).

LSU at the SEC Championship

LSU has won 16 SEC titles to rank as the second-winningest program in conference history behind Georgia (27). The last SEC triumph for LSU came in 2015 under the direction of Chuck Winstead with a three-round total of 13-under 827 at Seaside. The Tigers entered the final round trailing Alabama by three shots and used scores of 1-under 69 by Stewart Jolly, even par 70s by Zach Wright and a 2-over 72 by Brandon Pierce to complete the comeback and win by three strokes. It was LSU’s first conference title in men’s golf since they won back-to-back titles in 1986 and 1987.