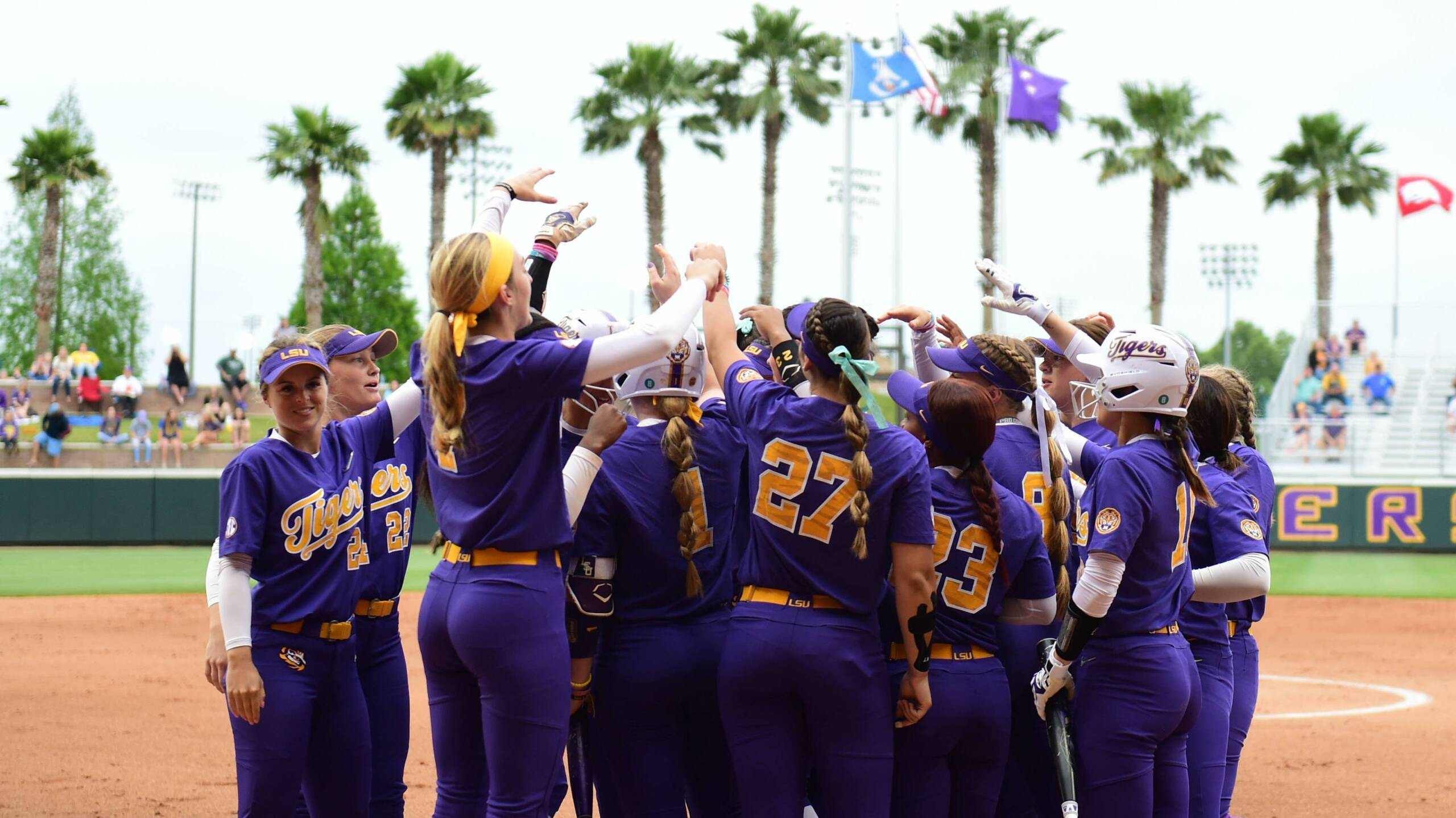 BATON ROUGE – The No. 10/7 ranked LSU softball team defeated ULM, 8-0 in five-innings Tuesday evening at Tiger Park. The Tigers improve to 38-11 on the year, while the Warhawks fall to 9-37.

Elyse Thornhill put the first run of the game on the board with a single-run home run to right center field, her eighth on the year. Michaela Schlattman reached on a walk, but got caught at second on a fielder’s choice on a single from Amber Serrett. Sydney Bourg grounded into a double play to end the inning, with the Tigers leading 1-0.

In the bottom of the third, Savannah Stewart singled to the pitcher and reached first base, followed by a double to left center from Amanda Sanchez, scoring Stewart. Amanda Sanchez advanced to third on a wild pitch and Shemiah Sanchez reached on a walk. Thornhill singled to right field and collected her second RBI of the game with Amanda Sanchez scoring. LSU led 3-0 heading into the fourth.

Amanda Doyle led off the bottom of the fifth with a single to right field and Thornhill reached on a walk. Michaela Schlattman singled to right field, advanced to second on an error and scored Doyle. With Thornhill in scoring position, Serrett singled to right field, allowing Thornhill to score. Claire Weinberger was at the plate when Serrett stole second and Schlattman scored on a ULM throwing error. Weinberger then singled and Serrett scored on an error. Amanda Sanchez was walked to load up the bases, and Shemiah Sanchez reached on a walk to end the game with an 8-0 LSU victory.

Maribeth Gorsuch gets the win in the circle and improves to 11-2 on the year. She gave up only three hits and finished with four strikeouts.

On coming off of the tough weekend and facing ULM…

“I think we did what we needed to do.“

“I think Sydney Bourg is a great player too. We got to get her into the lineup somehow. Sunseri puts in a lot of work being a dual pitcher. “

“I think she did her job. She didn’t give up any runs and she kept us in the game. She gave us the opportunity to score.”

The Tigers will travel to Waco, Texas to take on Baylor in a three-day SEC series this weekend. The game on Friday will be at 6:30 p.m. and will air live on Fox Sports Southwest.