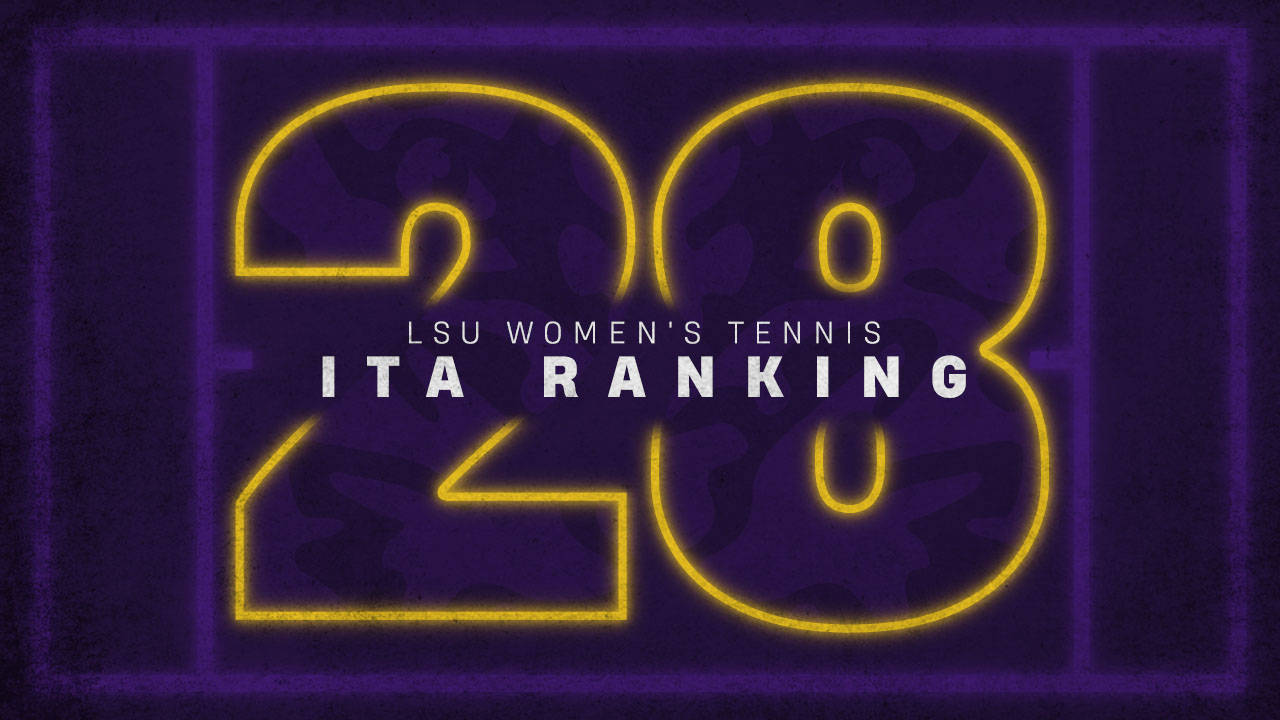 BATON ROUGE — The LSU women’s tennis remained at No. 28 in this week’s ITA/Oracle rankings.

The Tigers are 16-11 overall following the SEC Tournament, where they defeated Alabama in the second round by a score of 4-3 before falling to No. 2 Georgia, 4-0, in the quarterfinals.

Senior Jessica Golovin moved up to No. 57 this week. Golovin has earned 16 wins in the 2018/19 season, including six against ranked opponents.

In doubles, the defending NCAA doubles champions pair of Richardson and Golovin moved to No. 20. The duo has claimed 19 wins overall this season, including five against nationally ranked opponents.

The Tigers will find out their seeding and path in the NCAA Tournament at 5:30 CT on Monday, April 29, on the NCAA.com selection show. The NCAA singles and doubles brackets will be released at 6 p.m. CT on Tuesday, April 30.