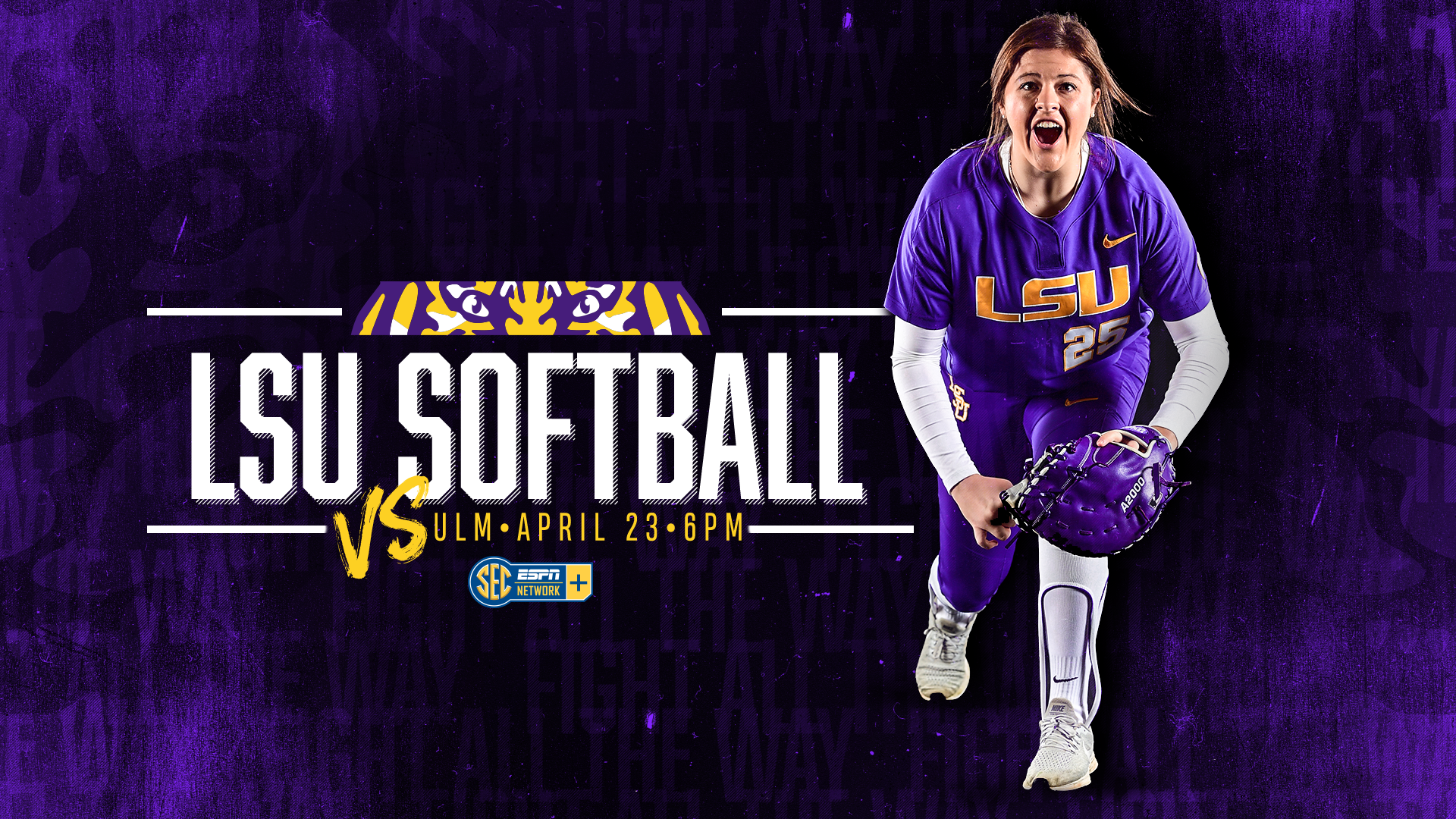 The game will stream live on SEC Network+ and the WatchESPN app with Patrick Wright on the call.

About the Tigers
LSU is coming off a series loss to Arkansas over the weekend. The Tigers avoided the sweep with a 3-1 win on Saturday. Aliyah Andrews and Shemiah Sanchez led the charge at the plate, both hitting .500 on the weekend. Shelbi Sunseri claimed the win in the circle on Sunday to improve to 10-5 on the year.

In the circle, the Tigers have a 2.50 ERA and hold their opponents to a .208 batting average. Shelby Wickersham is 10-1 with a 1.94 ERA. She owns four shutouts and a save. Sunseri is 10-5 with a 2.32 ERA and owns four shutouts and four saves to go along with a team-leading 65 strikeouts. Maribeth Gorsuch is 10-2 with five shutouts. She holds her opponents to a team-leading .188 batting average.

Scouting the Opposition
ULM
ULM comes into the match with just nine wins on the year. The Warhawks are hitting .242 as a team with Sydney McKay leading the way with a .400 average. She has 58 hits on the year and 18-for-22 in stolen bases.

In the circle, the ULM staff has a 6.28 ERA with Adrianna Chavarria leading the way with a 4.95 ERA. She is 5-12 on the year and has allowed 14 home runs this year. She has thrown six complete games.

What’s On Deck
The Tigers continue their break from SEC action this weekend, taking a road trip to Baylor for a three-game series. The Tigers will play a single game against the Bears at 6:30 p.m. and then will play a doubleheader Saturday starting at 5 p.m.