No. 4 LSU falls to No. 3 FSU in CCSA Beach Championship 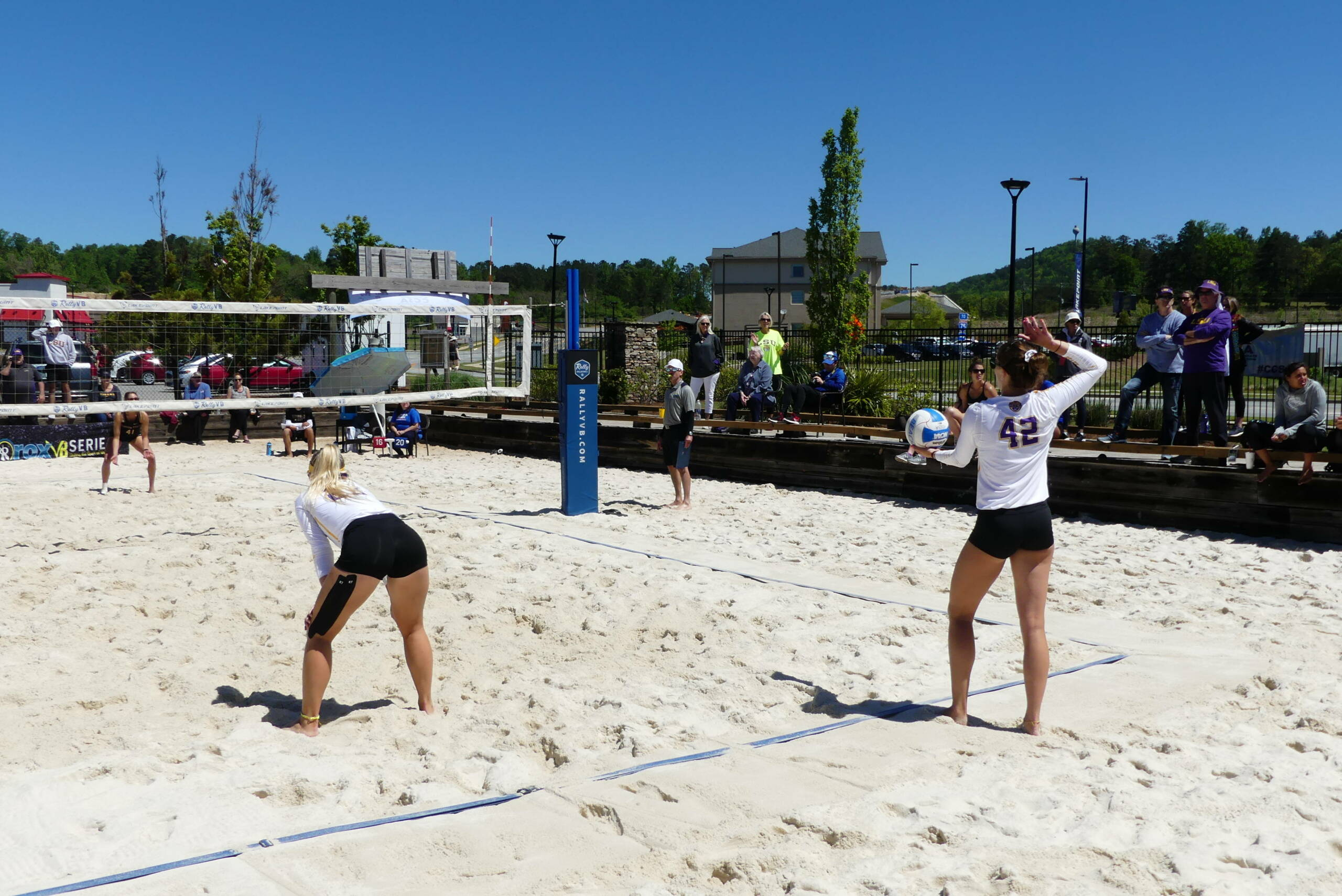 EMERSON, GEORGIA – After beginning the CCSA Tournament 4-0, the No. 2 seed LSU Beach Volleyball team fell in a top-four matchup to top-seed Florida State, 3-0 in the Championship Match at Rally Volleyball.

“We have the ability to play great against great teams, but we don’t always decide to do that,” said head coach Russell Brock. “Sometimes we react instead of impose and I think that’s what cost us today.”

Heading into Sunday, LSU was 1-1 against FSU on the season. This is the second consecutive year that the Tigers have fallen to the Seminoles in the CCSA Championship Match.

A week from today on Sunday, April 28 the NCAA will hold the selection show for the National Championship field of eight teams. LSU has competed at the NCAA Championship in Gulf Shores, Alabama the past two seasons.

LSU sits at 29-6 on the season and has victories over 16 ranked opponents, including eight wins over top-10 competition. LSU and Florida state have sat at No. 4 and No. 3, respectively, in the AVCA Poll for the past six weeks going into Sunday. Until today’s championship match, the Tigers were on a 16-match win streak.

In order to get to the championship, LSU had to go through No. 9 Florida International. Claire Coppola and Kristen Nuss would earn their 16th consecutive win without dropping a set.

Olivia Beyer and Hunter Domanski earned a hard fought victory on Court 5 in set one, 26-24. In the next set, the Tigers’ pair would finish it off for LSU, 21-18, clinching a spot in the championship for the second-straight season for LSU.

In a matchup against the No. 3 and No. 4 teams in the country, the Tigers struggled out of the gate, dropping the first set on every court except Rasnick-Pope and Rodrguez on Court 3. It was the first time since March 29 that Coppola and Nuss dropped a set.

Florida State would close it out in set two on Courts 2, 4 and 5 to win the CCSA Championship for the fourth-straight season. The matches on Courts 1 and 3 were over when Florida State earned the victory as those two courts went unfinished.

Coppola and Nuss on Court 1 along with Rodriguez and Rasnick-Pope on Court 3 went 4-0 this weekend. Neither of those courts finished their match against FSU.

“They don’t care who they’re playing against or what the stage is,” said Brock. “They’re getting after it. Their ability to be consistent is inspiring and we have to use that as an example as what we can do moving forward.”