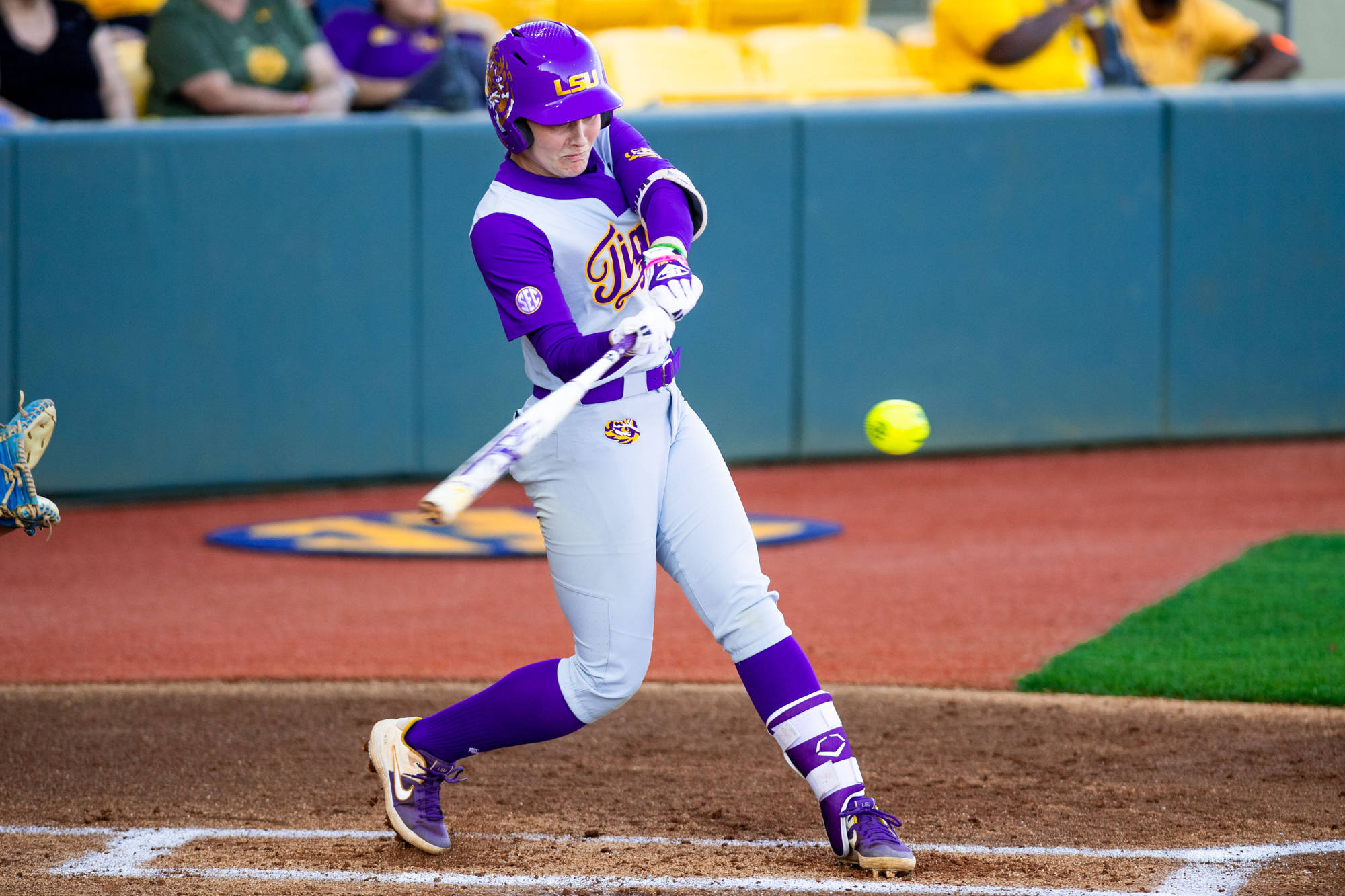 The Tigers had the bases loaded in the first inning. Aliyah Andrews led off the inning with an infield single. Amanda Sanchez followed with a walk and an out later, Shemiah Sanchez drew a walk. But back-to-back strikeouts ended the threat.

The Tigers got on the board first in the third inning off the 63rd dinger of the year. Shelbi Sunseri singled to left to lead off the inning. Shemiah Sanchez followed with an infield single. The two advanced on a sacrifice bunt by Elyse Thornhill and scored on the first pitch of Amanda Doyle‘s at-bat as she homered to left center, her seventh dinger on the year.

LSU really kept Arkansas off balance throughout the game. Amber Serrett made a diving catch in the third inning and Sunseri did not allow a hit until the bottom of the sixth inning.

Arkansas got on the board in the sixth inning on a sacrifice fly to center, cutting the Tigers’ lead to 3-1.

The Tigers threatened again the seventh with bases loaded but a fly out to center ended the threat. LSU and Sunseri shut down the Razorbacks in the bottom half of the seventh, allowing just a walk with two outs.

Sunseri gets the win in the circle, improving to 10-5 on the year. She allowed one run off two this, while striking out five.

Torina’s Thoughts
“I don’t think it was a great week of preparation, but I am glad we found a way to get it done today. We played a really tough Arkansas team and a touch pitching staff so it’s never going to be easy in the SEC. I think Sunseri threw a great game in the circle.”

Up Next
The Tigers return home next week to play host to ULM on Tuesday at 6 p.m. CT. It’s the final midweek matchup of the season and will stream live on SEC Network+ and the WatchESPN app.