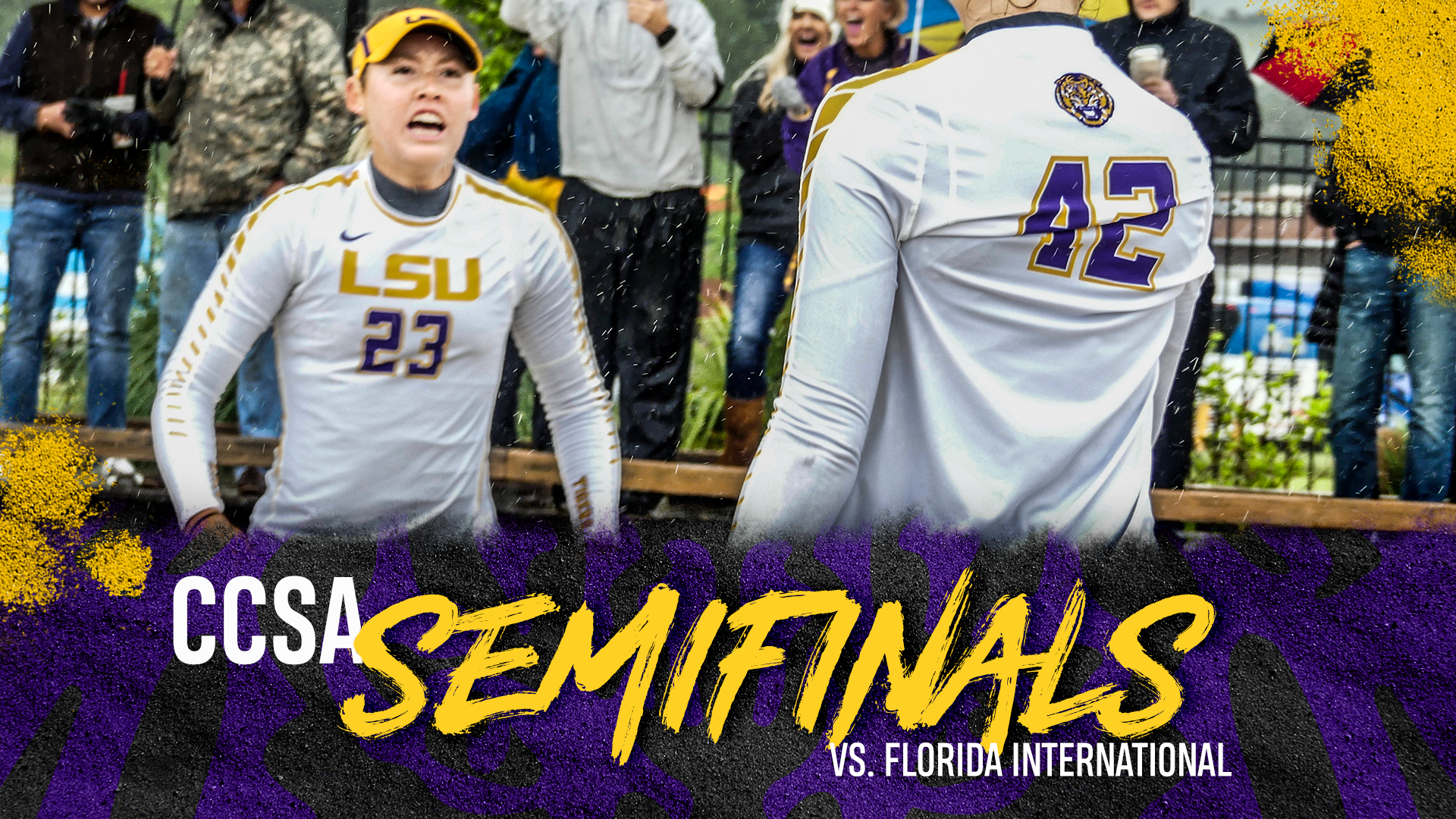 EMERSON, Ga. – Battling frigid temperatures at Rally Volleyball, the No. 2 seed LSU Beach Volleyball team took down the No. 8 seed College of Charleston, 3-2, to advance the semi-finals of the CCSA Tournament.

“Today we advanced in-spite of not playing the best version of our ball,” said head coach Russell Brock. “We’ll look to improve on that tomorrow.

“I don’t have any question that when we show up tomorrow, we are going to play a great brand of LSU Beach Volleyball.”

LSU will face No. 3 seed Florida International in the semi-finals on Sunday at 9 a.m. CT. The Tigers defeated the Panthers, 4-1, in March at the FIU Surf-and-Turf.

“We both have different lineups than the last time we played each other,” said Brock. “It’s at a different site, it’s new lineups, it’s new matchups and it’s going to come down to who plays best.”

This is the third-straight season that LSU will compete in the semi-finals of the CCSA Tournament. The Tigers finished as the runner-up last season after they fell to Florida State in the championship match.

Top-seed Florida State will face off against No. 5 seed Georgia State at 9 a.m. in the other semi-final. The finals will be held at 11 a.m. CT.

With temperatures in the mid-40s and a constant stream of rain for most of the match, LSU was able to get past the College of Charleston Saturday afternoon.

College of Charleston would not go quietly though as it took Court 2 of Kelli Agnew and Kahlee York, 21-17 and 21-16.

It all came down to Court 3. Ashlyn Rasnick-Pope and Toni Rodriguez took the first set 21-17. In the second set, College of Charleston made a push, the the LSU duo would hold them off. With the score tied at 20, Rasnick-Pope and Rodriguez scored back-to-back points, sending the Tigers to the semi-finals.