"What the Great Ones Do" | Henry's Gem Steadies Tigers 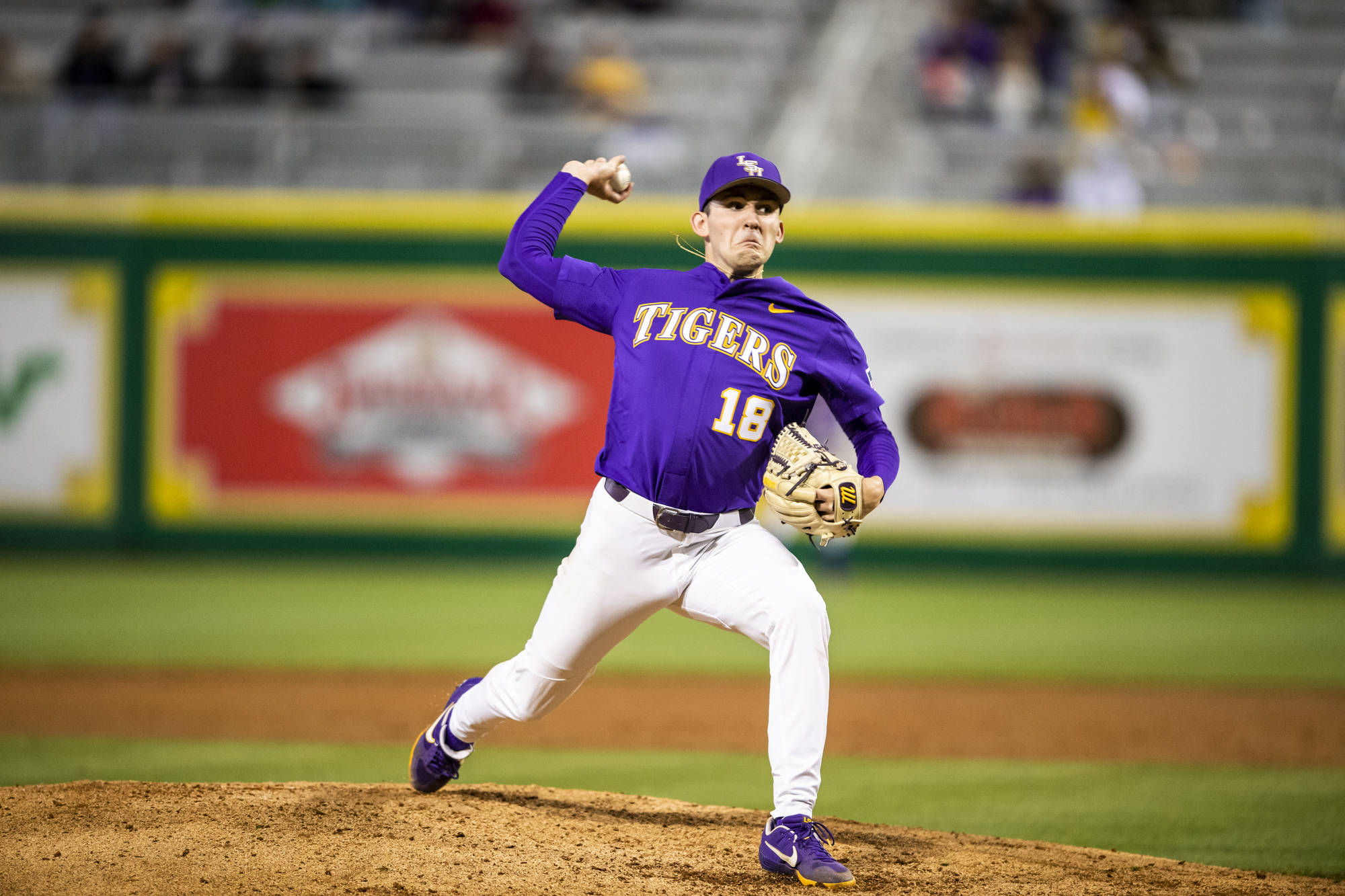 It wasn’t all that long ago that it was LSU’s hitters facing their freshman ace, who missed fall workouts but showed up in the spring firing on all cylinders.

“In the live bullpens when we got back from Christmas break, we were doing spring scrimmages, and he was just mowing people down, mowing our best hitters down, making them look like fools,” Beloso said Friday night, after Henry went 5.1 innings, struck out 12, and lead LSU to a 13-1, series-leveling win over Florida.

“I think, honestly, that’s when we realized he was going to be damn good.”

From the hitter’s perspective, here’s what it looks like when Henry takes the mound: the 6-foot-4, 214-pound righty throws a two-seamer with a foot of run, a four-seamer that’s creeping toward the mid-90s, a change-up dressed like a fastball, and a curveball that falls off the tallest of tables.

From the defense’s perspective, Henry’s outings are turning into a walk in the park.

“It’s nice,” said left fielder Daniel Cabrera. “You just sit out there and get to hear fans screaming at the other team. I’m not doing much when he’s pitching.”

Neither are opponents. Heavy doses of those four pitches saw Henry send the Gators back to the bench 12 times without making contact, the most strikeouts by a Tiger in SEC play since Alex Lange in 2015. The win gives Henry four on the season, all in SEC play. In 37 innings pitched over his five SEC starts, Henry has allowed just 14 earned runs, and he’s struck out 49 batters since league play started.

Just as impressive as his 12 strikeouts on Friday night? He walked none, throwing 69 of his 103 pitches for strikes.

Not bad for a guy who doesn’t consider himself a strikeout pitcher.

“I’m not a strikeout pitcher,” Henry said, shortly after using the K to sit down 12 of the 16 outs he registered, including, at one point, eight in a row. “I like ground balls. They were missing, so I kept throwing. I’d like to have some quick innings, not have 50 pitches after 3. But that’s the way it happened tonight, I guess.”

What makes Cole Henry special? Great stuff, consistent mechanics, and a calm demeanor. Here’s what Paul Mainieri has to say after the freshman struck out 12 in 5.1 innings to beat Florida Friday night.

In other words, the only blemish – if you can call it that – on a stellar night was that Henry chalked up too many strikeouts.

“The problem with striking a lot of guys out is it forces you to throw a lot of pitches,” Mainieri said. “So you don’t really pitch deep into the game. I would’ve traded a half a dozen of those strikeouts for him to have been able to pitch six or seven innings for us.”

Two of those strikeouts Mainieri wouldn’t trade for the world came in the first inning and showed exactly why Mainieri keeps comparing Henry to former Tiger ace turned Major League superstar Aaron Nola. After scoring 16 runs on 20 hits Thursday night, Florida started Friday night with a leadoff double who advanced to third base with just one out and a .405 hitter at the plate and the team leader in RBIs on deck.

Never flustered by the difficult moments, Henry reached back for two critical Ks, and, other than a solo shot in the third, cruised the rest of the game.

“That’s what the great ones do,” Maineri says. “They raise their game to another level in key situations. So it looks like a ho-hum victory, but how do you know how things work out if he gives up another double in the first inning. All of a sudden he’s down, our hitters start to press.

“He made big pitches, got us out of that jam, gave our hitters time to get their feet on the ground, and we go on to a good victory.”

“He’s a three-pitch pitcher,” Mainieri says. “He can throw any of his three pitches at any time for strikes. The reason he can do that is his mechanics are so repeatable. He’s very under control, and because of that he’s got great command.

Like Nola, Henry put the team on his back in a big moment. Thursday’s loss, a 16-9 defeat to start the series, saw the Tigers dip to 9-7 in SEC play, 1.5 games back out of the SEC West lead. Another loss would’ve felt like a serious blow – perhaps not a knockout punch or even a knockdown punch, but certainly a knee-wobbler.

Instead, Henry wobbled Gator knees with his devastating breaking ball and his hard-running fastball, and he steadied a team still very much in the thick of things in the SEC – thanks, in no small part, to its emergent star.